By Dan Rogers on February 7, 2013@Dandiculous 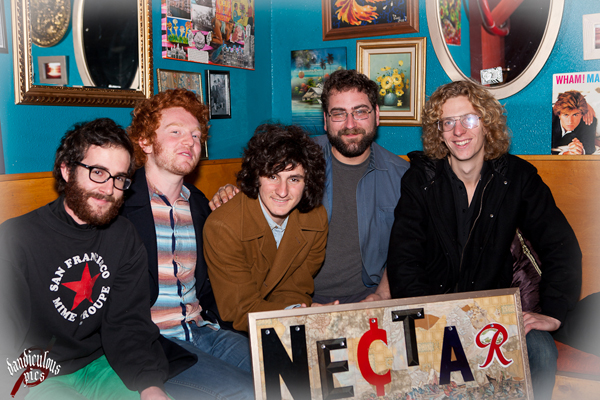 In a parallel universe, in a house nestled behind the trees in Laurel Canyon, California… Crosby, Stills & Nash, Joni Mitchell, James Taylor, The Mamas and The Papas made a baby, and named it Tumbleweed Wanderers.

The band’s late 60’s and early 70’s pop sound is resonating with a generation of fans whose grandparents were raised on that music.

The boys got their start by putting on loud and energetic acoustic shows outside of Bay Area concert venues. As it turns out, they continue delighting audiences with spontaneous busking shows when they’re off the road, too.

Tumbleweed Wanderers rolled into town last Friday (2/1) to play a show at the Nectar Lounge. SMI contributor Dan Rogers chatted with the band backstage prior to their show, and you can hear their conversation by clicking below. 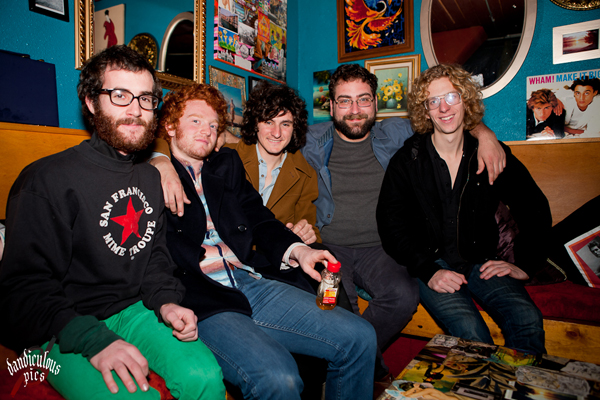 Dan Rogers is an up-and-comer in Seattle concert photography. In the mid 90’s Dan was a Light and Video Technician for local artists; however, his passion for music and capturing the moment was put on hold to raise his son. In 2010 Dan reignited his passion by plunging into concert photography. He has since had great opportunities photographing shows on behalf of KNDD 107.7 TheEnd and Back Beat Seattle. Social Distortion, Anthrax, and Garbage are just a few of the bands Dan has been able to cross off his photo bucket list. Dan views being behind the lens as an honor; taking a memory, freezing it in time and capturing the essence of the experience. These are once in a lifetime experiences we live for, memory alone will not suffice. Dan is thrilled to join the team at Seattle Music Insider as a contributing photographer.
Related Items"Audio Interview"Artists SpotlightDan RogersNectar LoungeSeattle Music HappeningsTumbleweed Wanderers
← Previous Story SMI Radio Ep. 82 On Demand: Campfire Ok & Kristen Ward (Photos)
Next Story → Sasquatch! 2013 sells out in record time (Photo Slideshow)