SMI Notes from the Road: Spring Tour with Fox and The Law Pt. 1 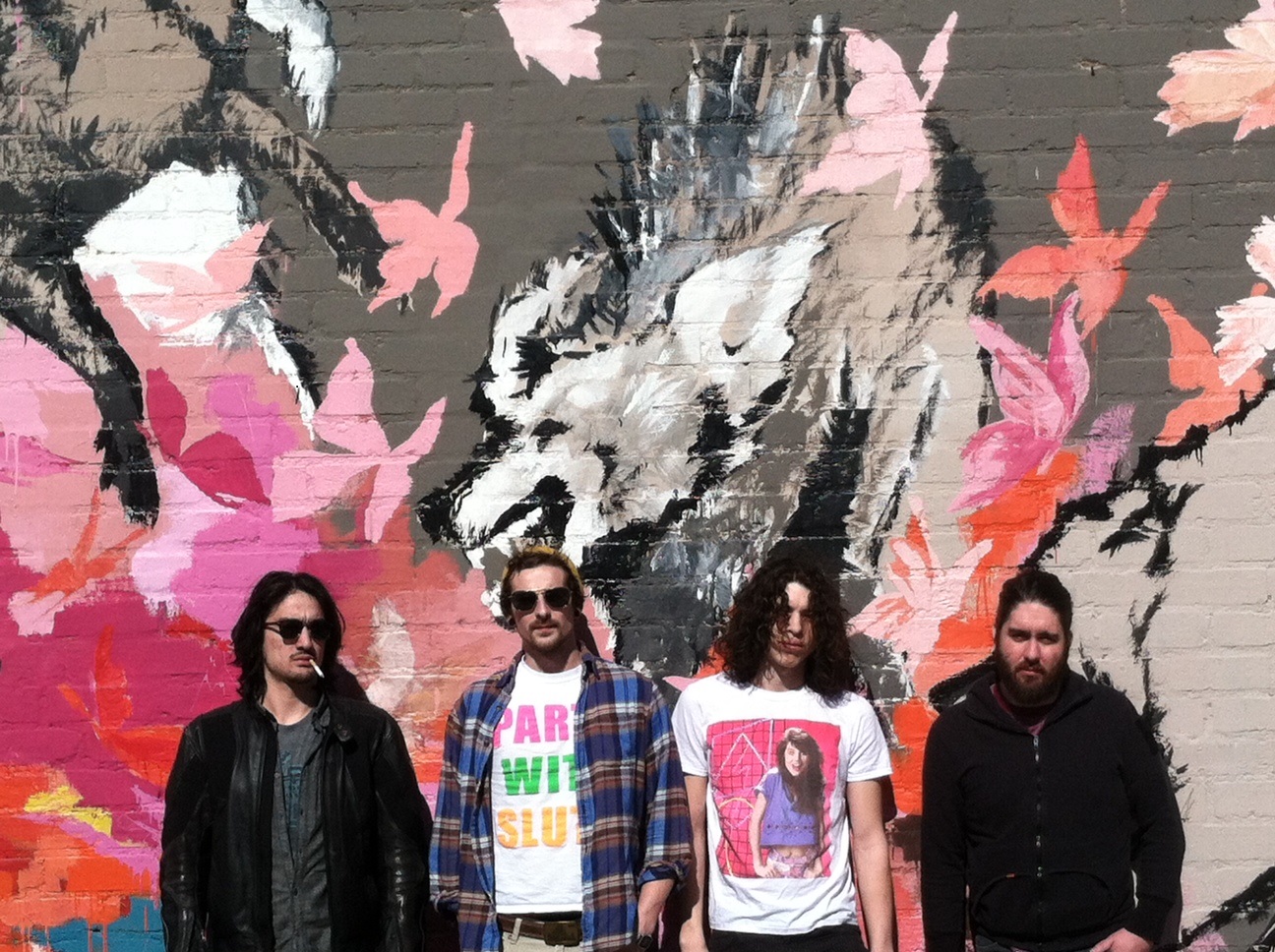 Fox and The Law in LA (Photo by Derek Aubert)

SMI has a new feature called Notes from the Road. Derek Aubert is currently out on the Road with Seattle’s Fox and The Law and shares some tales from his experience touring with the band. (Part 1 of 4)

So in the last article, I left off uncertain about touring with a band that couldn’t keep sober long enough to do a pre-show interview. The next day, I wasn’t sure there’d be a tour. Last year, the band was barely able to fit themselves and their crap into a rented minivan. To fit me and my bags, they had to spring for a trailer.

The only problem was there isn’t a rental place in town that lets you tow with their vans. At first there was talk of renting a trailer hitch from U-haul and saying screw the rental company, but U-Haul has to install the hitch themselves for liability reasons (something about coming undone on the freeway, I wasn’t paying attention), and for some reason they won’t install them on rentals. There was talk of buying our own hitch and installing it ourselves, but apparently the dude at the U-Haul place made a strong argument against poorly installed hitches (again, wasn’t paying attention).

Fine, okay, the trailer’s out. What about a rooftop carrier? Well, there’s no rooftop luggage store in town, so the band had to overnight a soft carrying case that showed up on our doorstep this morning. How much did all that cost, I wonder? Enough to decline the band’s credit cards at the rental company. It took several trips and hours talking to the staff, with Guy giving them the “hey man,” story about being a poor musician trying to go on tour, and they gave us larger van for a cheaper rate. After several hours of luggage Tetris, we finally hit the road.

FOX AND THE LAW KICK OFF SPRING TOUR AT NEUMOS

We drove through the night in four hour shifts, and made it to South Pasadena by the stroke of 10:00 a.m. We crashed with Guy’s relatives, showered, ate, and hit the road again by 1:00 pm, taking the scenic route to band’s first show, via Echo Park, Silverlake, and Hollywood. From there, we followed Sunset Boulevard out to the Pacific Coast Highway, and followed that up the coast to Malibu.

The show was a house party put on by Will, drummer for Hearty Har, in his parents’ expansive backyard. Will’s parents did a beautiful job decorating with candles and string lights. As we arrived, they were lighting up two bonfires and putting out coolers of soda, beer, and bottled water for everybody. The bands set up on the porch of what we thought was another house, but turned out to be Will’s  father’s office/martial arts dojo. I’m not making this up, the guy practices Eskrima and kickboxing in a shed the size of a two bedroom apartment. The porch was about the size of the stage at the Comet Tavern. Safer too, because it had handrails.

The first band up, Bird Concerns, was the kind of folk-influenced rock three-piece that you wouldn’t expect to find anywhere near LA. These guys were music majors at California Institute of the Arts (almost everybody there went to Cal Arts), which showed in their pitch perfect vocal harmonies and 6:8 time signatures. Really worth checking out.

They played a very mellow and introspective set, and then Fox and The Law got up and did their thing. The change in gears took a song or two for the audience to process, but they were enthused by the end of the set.

Aquadeer was after that. They might’ve sounded good, I don’t know. I packed 70 degree weather clothing, but the weather dropped to 50-something after the sun went down, so I went inside to warm up with a cool beer.

Hearty Har played last. Their set was very intimate, with the audience alternating between sitting cozy near the bonfire and getting up and dancing around/on the band. The whole night was surreal. We drove through three states to play at something you’d expect to find on the Eastside. And since nobody bothered to charge the camera battery, we didn’t get a single picture of the entire evening.

I wish I had time to pause and ponder the whirlwind that was the last 48 hours, but we’re pulling another all-nighter today to hit Austin by tomorrow after noon. See you on the road!

Not only is he a multi-media journalist, he is also an accomplished musician. He is the founder of SMI and drives the creative look, feel and branding for the publication. His years of writing, arranging, and performing live music in a variety of genres inform his ability to communicate the message and the mechanics of music. Roth’s work on SMI reflects his philosophy that music is the universal language, and builds community. He believes it has the power to unite people of every race, religion, gender, and persuasion.
Related ItemsDerek AubertFox and The LawSeattle Music Happenings
← Previous Story Atoms For Peace makes a Sonic Boom debut in Seattle
Next Story → SMI Radio Ep. 86 On Demand: Vicci Martinez and Ben Short (Unsigned Only)