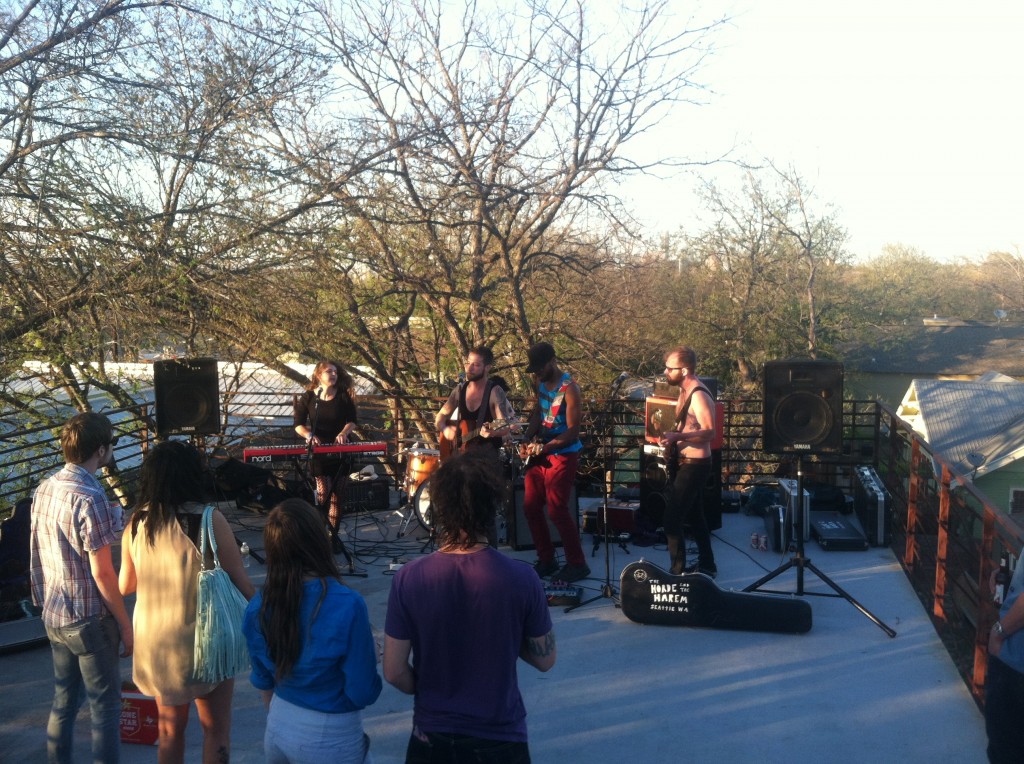 The Horde and The Harem (iPhone Photo by Derek Aubert)

Derek Aubert was recently out on the Road with Seattle’s Fox and The Law and shares some tales from his experience touring with the band and SXSW 2013. This is part the final chapter from his recent adventure (Part 4 of 4)

SMI NOTES FROM THE ROAD: FOX AND THE LAW AT SXSW PT. 3

SMI NOTES FROM THE ROAD: SPRING TOUR WITH FOX AND THE LAW PT. 1

Despite another show at 1:00 today, and despite yesterday’s fiasco, we woke up late again this morning. Fox and the Law played to a hearty crowd of about fifteen, with people wandering in from the street and wandering back out to see what’s happening at the next bar. The bartender said that was the highest attendance they’ve had at this time since SXSW started. Not sure if he was patronizing us or not.

Yesterday’s parking pass expired and we had to wade through a hellish magma of pedestrians oozing over the streets of downtown Austin as we hunted for parking and wayward group members. Today was people-pinball trying to find everyone in the hectic festival mess to reconvene for a sidewalk public radio interview with Cindy Love and Gassman.

After waking up hung over and rushing out the door so many days in a row, we took the day to decompress. Even rock stars need to do laundry.

In the evening, we met up with the guys from Beach Dick, a local surf rock three-piece whom Fox and The Law met during SXSW last year. The guys had rented a loft with a nice rooftop balcony outside the city, and decided on a whim to host a party for Seattle bands. There were no show posters or wrist bands involved, just a PA and a few phone calls to friends of friends.

Panama Gold kicked off the early evening. Then Beach Dick and The Horde and the Harem played in the slanting sunlit dusk, letting Julia Wild and the Healers put the sun to bed. Someone scrounged up makeshift lighting for Fox and The Law, followed by Kithkin who stole the show by opening with a full band percussive cover of In the Air Tonight and closing by handing out extra shakers and percussion instruments to the audience for a collective, community crescendo finale.

Here was an organic sense of community between audience, artist and craft that had the spirit of SXSW, without any sort of corporate branding or monetization. There were no business cards or product placements. If you weren’t on the roof to play music, you were there to listen to it.

Ravenna Woods played after Kithkin, but we had to leave because Peter, a rabid Stevie Ray Vaughn fan, discovered there was a memorial close by and drunkenly demanded to see it. We drove over to Lady Bird Lake and gave Peter a moment alone in the shadow of Stevie’s statue as he sipped a pint of Crown Royal to toast the man who inspired him to pick up a guitar.

Today FaTL played a relaxed backyard party on Waller Street, far from the maddening mobs downtown. It was a sunny 73, and friends of the house sat on blankets and lawn chairs with bloody marys and cheap beer. Crowd enthusiasm for the artists was the highest I’d seen since last night.

The lineup went: Beach Dick, Ghost Police (intense is all I can say about these guys), Fox and The Law, and then some dude from Tyler, Texas with a ponytail, tank top, and aviators. I scoffed when I saw him, but then he sang like an angel and played his acoustic in such a way that I had to pick my jaw up off the ground.

After that, we headed over to load in at the 21st St Co-op. FaTL played here last year, and it was so packed that people peed in bottles and crapped in corners because they wouldn’t get back in if they left for the bathroom. The co-op staff remembered this, and kept the numbers slimmer this year. But what they lacked in size, the audience made up for in hospitality. A girl visiting from Oakland overpaid for a FaTL t-shirt with some California jazz cigarettes, which was a godsend for the band because the stuff in Austin looked like dirt, twigs and seeds.

The co-op show marked their eighth since arriving in Austin, none of which were successful financially. With so many people and events and showcases and drink specials, it was easy to get overlooked in the overstimulation downtown. SXSW was fun to experience, but it had little room for an unsigned band. These last few shows, with their independent spirit and intimate audience connection, reminded everyone why they really went on the road. We’re leaving Austin tomorrow for the second leg of the tour. See you out there. 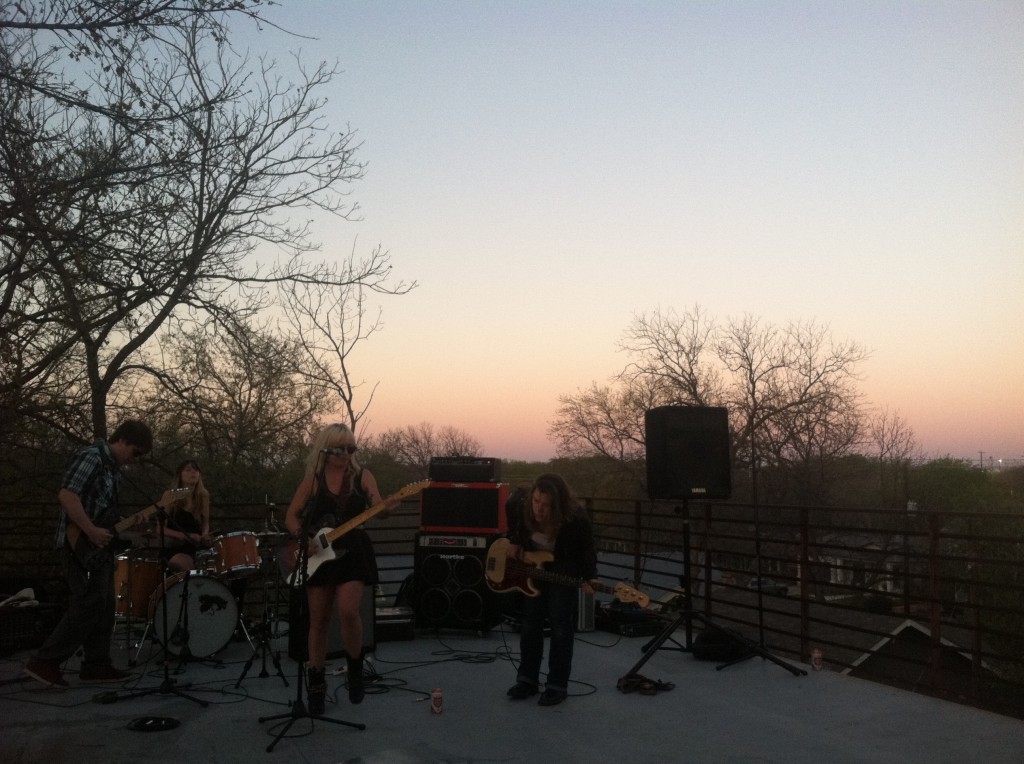 Julia Wilde and the Healers (iPhone Photo by Derek Aubert) 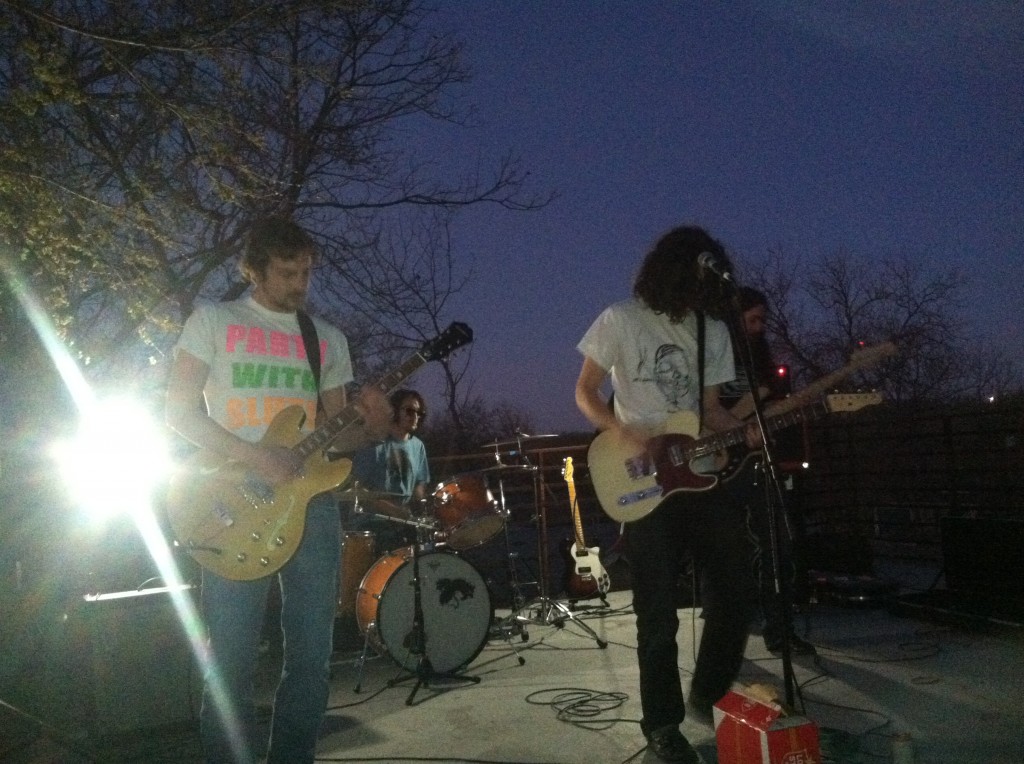 Fox and The Law (iPhone Photo by Derek Aubert) 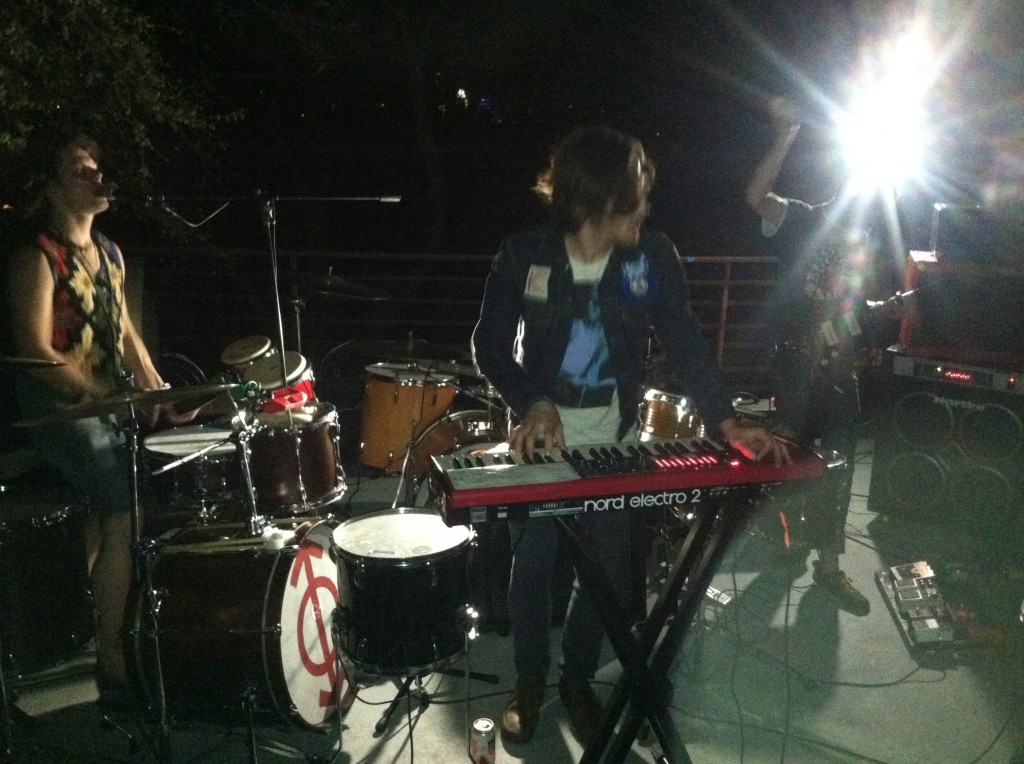 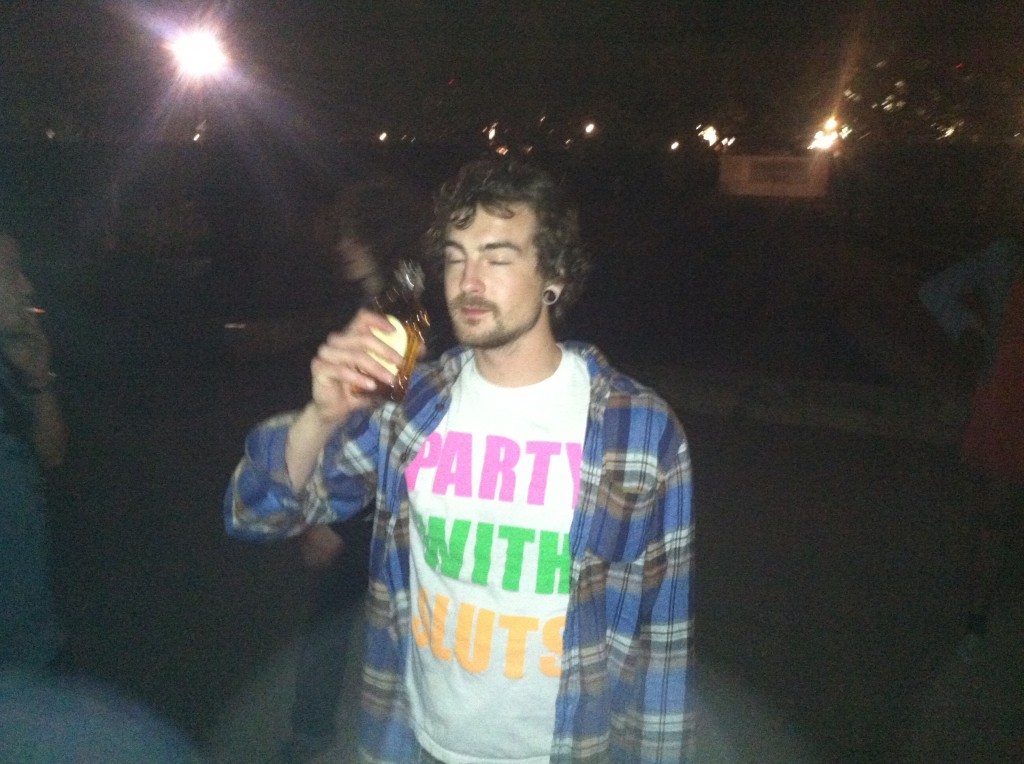 Not only is he a multi-media journalist, he is also an accomplished musician. He is the founder of SMI and drives the creative look, feel and branding for the publication. His years of writing, arranging, and performing live music in a variety of genres inform his ability to communicate the message and the mechanics of music. Roth’s work on SMI reflects his philosophy that music is the universal language, and builds community. He believes it has the power to unite people of every race, religion, gender, and persuasion.
Related ItemsDerek AubertFox and The LawJulia Wild and The HealersKithkinSeattle Music HappeningsSXSWSXSW 2013
← Previous Story SMI Radio Ep. 88 On Demand: Kevin Sur and Phil O’Sullivan (Artist Home / Timber Outdoor Music Fest)
Next Story → Seattle ‘Rocktographers’ get their chance to shine in the spotlight