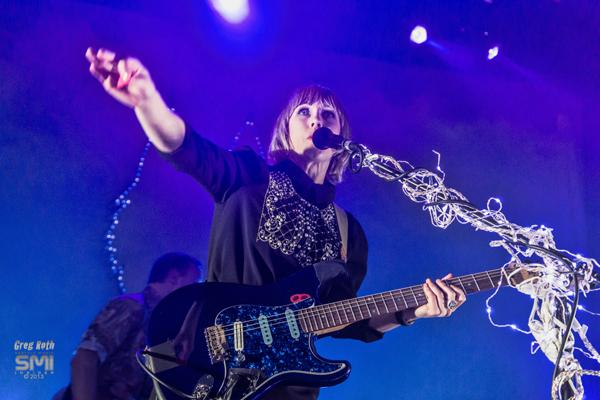 Ritzy Bryan of The Joy Formidable (Photo by Greg Roth)

Last month, The Joy Formidable came to town and delivered a full on sonic assault at The Neptune Theater. Guitarist and front woman Ritzy Bryan was enchanting, powerful, and in constant motion throughout the  set. Backed by the solid rhythm section of Rhydian Dafydd on bass and Matt Thomas on drums, TJF blew the roof off with their wall of sound!

The band recently kicked off a world tour in support of their third release, Wolf’s Law. The tour will take them across the USA, up to Canada, and then over to Europe, culminating in August at the Lodestar Festival in Cambridge, UK.

You can see photos from their Neptune show in the slideshow below.

On this week’s episode of SMI Radio, I catch up with Ritzy on the road. She talks about how the band brings their intensity and rock and roll attitude whether they are playing a club, theater, arena, or festival.

Ritzy also shares her love of Seattle and the passion that Seattle has for music in general. She also talks about the band’s appearance in the Jawbone / Jam Box commercial, which featured the stunning song This Ladder is Ours (See Video Below). 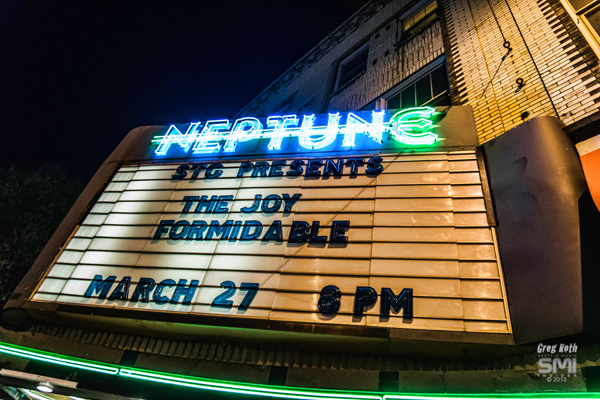 The second half of the show features Kelly Donovan and Ben Weller from Beat 100. It’s a music video and social network with primary focus on the two music video charts; one for originals and another for covers. Every week, the charts are compiled and the top three winners are rewarded with cash prizes, along with press releases, which are distributed worldwide. BEAT100 also includes a social network, where musicians can connect with each other, find new fans, and gain likes/followers on their social networking platforms. 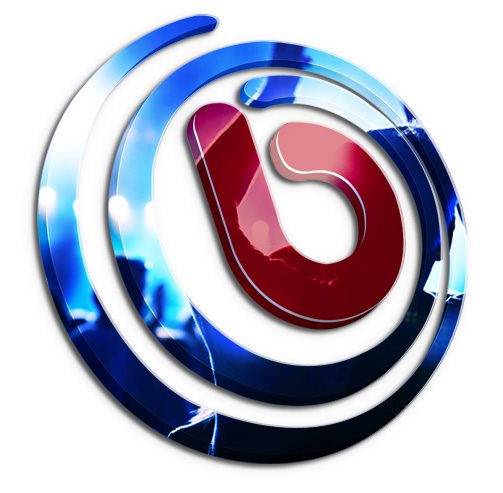 Kelly and Ben share their thoughts on how Beat 100 and can benefit artists and how the site continues to add some sexy functionality. 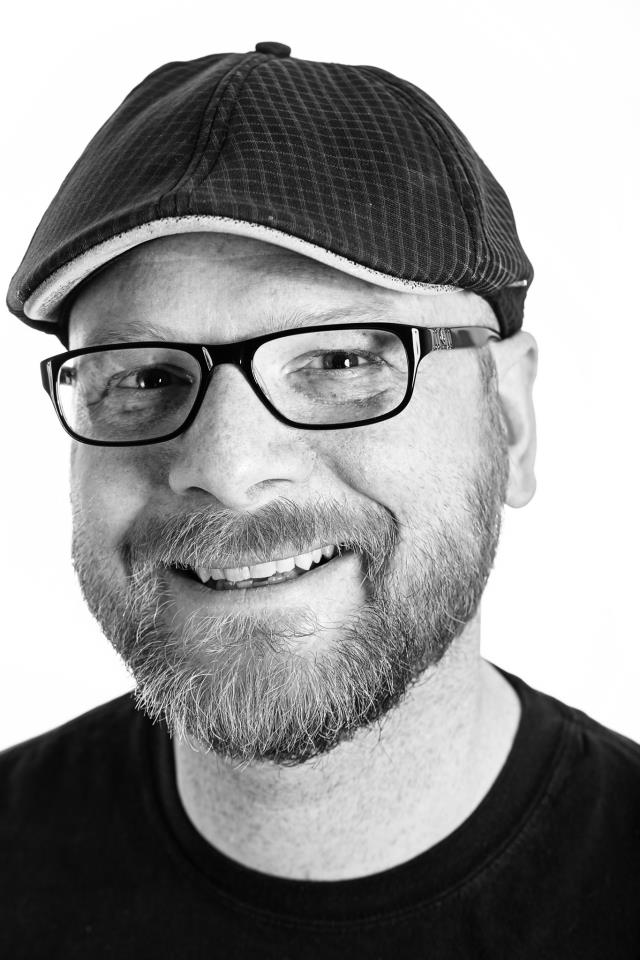 In the last segment of the show, SMI contributor / photographer Mat Hayward shares his thoughts on the first annual Roctographer Happy Hour event taking place at The Triple Door  tonight, April 4th, in Seattle. To read more about the event, click the link below.

SEATTLE ‘ROCKTOGRAPHERS’ GET THEIR CHANCE TO SHINE IN THE SPOTLIGHT

Not only is he a multi-media journalist, he is also an accomplished musician. He is the founder of SMI and drives the creative look, feel and branding for the publication. His years of writing, arranging, and performing live music in a variety of genres inform his ability to communicate the message and the mechanics of music. Roth’s work on SMI reflects his philosophy that music is the universal language, and builds community. He believes it has the power to unite people of every race, religion, gender, and persuasion.
Related ItemsBeat 100Greg RothMat HaywardRitzy BryanSeattle Music HappeningsSMI RadioThe Joy FormidableThe Neptune Theatre
← Previous Story Seattle ‘Rocktographers’ get their chance to shine in the spotlight
Next Story → Vicci Martinez Video ‘Come Along’ finally drops