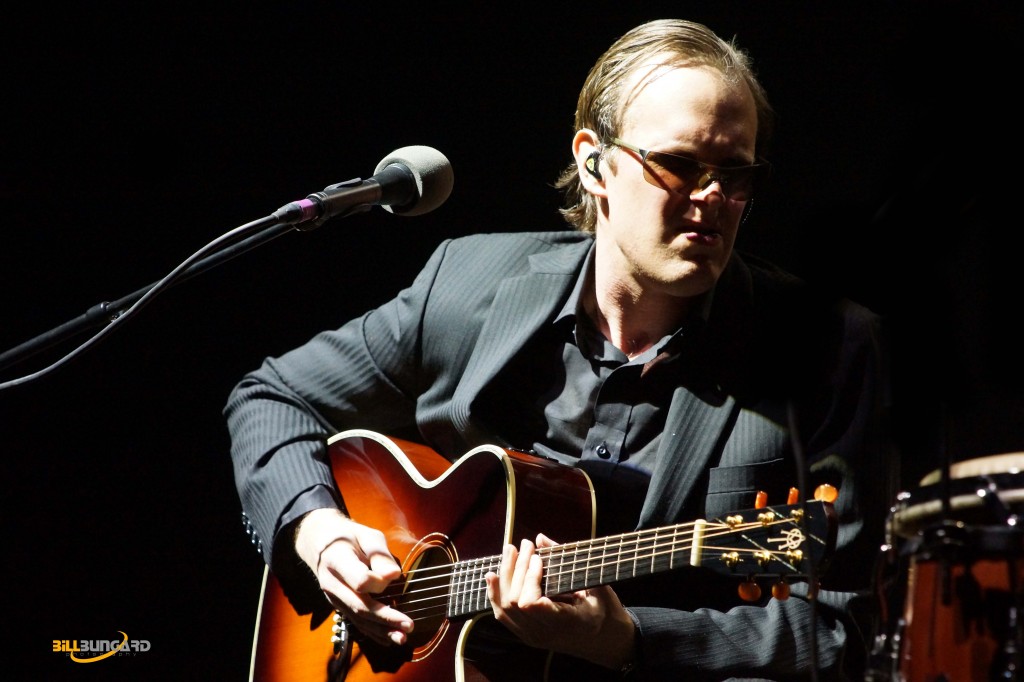 Joe Bonamassa at The Paramount (Photo by Bill Bungard)

Joe Bonamassa launched his U.S. tour on April 12 at the sold out Paramount in Seattle, and took fans on a very fun ride. Those who were fortunate enough to catch the guitar virtuoso walked into the venue to see a blues show, and walked out of a rock show.

Bonamassa commanded the audience with solid chops and professional stage presence. He warmed up the crowd with a mini acoustic set, and then strapped his signature Gibson Custom glossy Les Paul Goldtop and rocked the room.

He has inspired fans of all generations, including local blues guitar prodigy, Nolan Garrett, who also checked out the show.

Check out the complete setlist and photos from the show below…

Bill Bungard is a free lance photographer who is moved to capture the essence of beauty of the moment. His love for photography helps him convey his visual art by constructing a bridge so that others can see through his eye. Bills affection for the outdoors and live music reflects in his work and is considered and up and coming artist in the local community. Bill is the official photographer for Maurice The Fish Records, SweatBox Entertainment, Kim Archer and Russ Parish’s Tin Man. Bill has also captured Van Halen, Robert Cray, The B-52’s, Styx, Steve Lynch, and hundreds of other local artists and touring bands. His images have been published in the Tacoma Weekly and nationally in SHURE Mic Newsletters, musician websites and several promotional posters. Bill will help cover the many great live events around the Northwest for SMI.
Related ItemsBill BungardJoe BonamassaSeattle Music HappeningsThe Paramount
← Previous Story Bad Religion Tears Up Seattle’s Showbox SoDo (Photo Slideshow)
Next Story → Ghost B.C. haunts Showbox at The Market (Photo Slideshow)