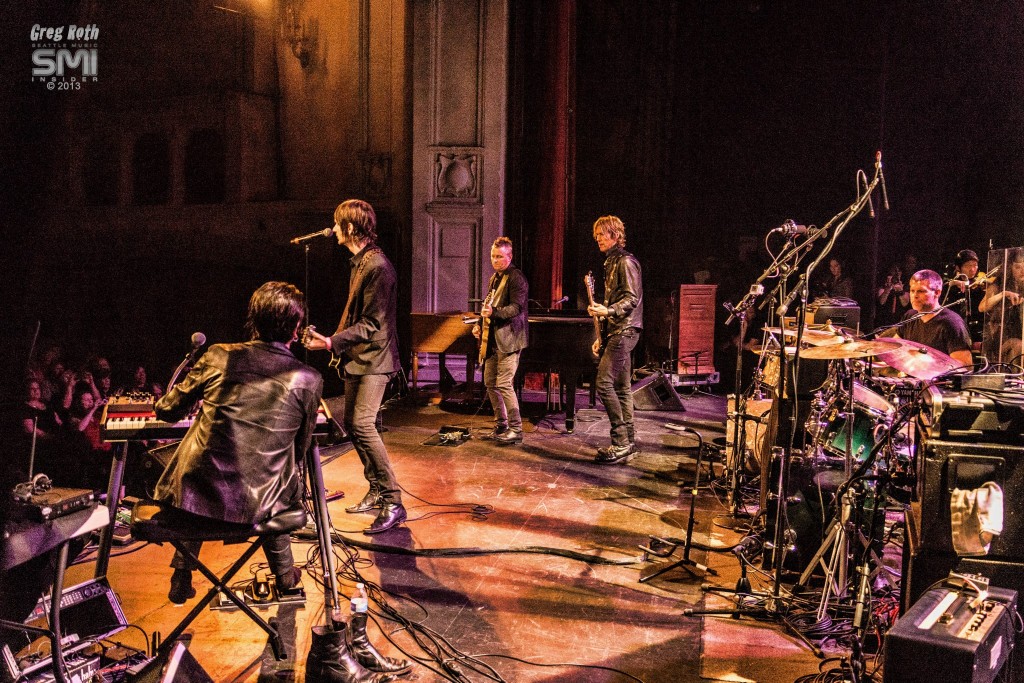 Synergia Northwest Presents Music Lessons Matters “Live” which took place at The Moore this past May 18 provided one musical highlight after another. Walking Papers, backed by the incredible Synergia Northwest Orchestra was no exception. Their tight and rambunctious performance was broadcast live to children battling serious illness via The Melodic Caring Project. (The Entire show can be viewed here. Scroll down to see photos from the performance.)

Jeff Angell said, “Songs seem to have Multiple Personality Disorder. Who’s performing them, what instruments are being used and where they’re being performed generally defines what kind of character develops. It was fascinating to let the Synergia Northwest Orchestra have their way with our songs and watch them evolve in ways I would have never expected.  Recording a 40 piece orchestra and a rock band at the same time, live, is a lot like juggling chainsaws…you’re not allowed to miss.  Fortunately, nobody lost a finger.”

This year, Synergia Northwest teamed with Seattle Music Partners who provide free after-school music programs for underserved elementary school students in Seattle’s Central District.  The campaign, culminating with the concert, brought over $56,000 for the cause, a record fundraising feat for the organization.

In the Seattle market, Synergia Northwest is currently in its fifth year and artists performing with the 50 piece Synergia Northwest Orchestra have already included members of Pearl Jam, Alice In Chains, Yes, Blues Traveler, Guns and Roses, Heart and Tracy Bonham among others.

SMI: What a thrill and a milestone for Synergia Northwest to have some live tracks from this year’s show to be featured on the Walking Papers release. How did that come about?

McMorrow:  Well they say that timing is everything..that.. and we happened to multi-track the entire concert this year. Really though going into the concert we weren’t expecting to be part of the Walking Papers new release. They came on board about 6 weeks out. Their new label Loud and Proud contacted me with ideas about possibly filming the performance to use to help promote the record. It was at that time we told them we might be recording as well. Thanks to longtime friend Curt Hare of Point Source Audio who just happened to be doing sound for us this year, we arranged to have a pro-tools rig as part of the set-up.  We ended up capturing the whole enchilada. The entire concert was recorded. In addition, another new partner Melodic Caring Project caught the entire concert on multiple HD cameras. The audio tracks for the Walking Papers w Mike McCready of Pearl Jam and the Synergia Northwest Orchestra were used on the Walking Papers Deluxe edition releases as bonus tracks.  Really a win-win for everybody!

SMI: The band put on a great show and of course the Synergia Northwest Orchestra was stunning as always. For those that were not able to attend the show in person, it has to feel great that the Walking Papers became an excellent vehicle to share some magical moments with a global audience that may not be familiar with the Synergia concept and brand, yes?

McMorrow: Why yes! We have been slugging it out here in Seattle for nearly 5 years with each performance getting to that next level. Producing a show like this is always a challenge. There was no template. We are creating art and constantly pushing boundaries. I stand at the abyss every year really try to produce and direct an event that from year to year is unique, engaging and moving. To be included on such a fantastic release and included on the sticker on the records cover and separate liner notes inside with names like Jack Endino and Mike McCready and of course a really really great rock band – one of the best rock outfits to come out of Seattle in the last 10, 15 years. It is very validating in a lot of levels. Yes.. It feels great.

SMI: I am sure the band appreciates being able to hear themselves with a brilliant orchestra as well?

McMorrow: The band dug playing with the orchestra.. If I may here is quote from singer/guitarist Jeff Angell ” “Songs seem to have Multiple Personality Disorder. Who’s performing them, what instruments are being used and where they’re being performed generally define what kind of character develops. It was fascinating to let the Synergia Northwest Orchestra have their way with our songs and watch them evolve in ways I would have never expected. Recording a 40 piece orchestra and a rock band at the same time, live, is a lot like juggling chainsaws…you’re not allowed to miss. Fortunately, nobody lost a finger.”

SMI: I would imagine that the orchestra brought out something extra special from Walking Papers.

McMorrow: Listen to he tracks, listen to the tracks…

SMI: What is next for Synergia Northwest?

McMorrow: We have started working on our 2014 event! We will be celebrating Synergia Northwest’s 5th anniversary! May 2014! More to come on that soon. In the mean time we will be holding a few really cool, exclusive gigs this fall. We will be sending out info on those very soon. Performers will be from previous and possible future events…a little look back and a peak to the future in a private setting. These will be open to the general public but tickets will be extremely limited.

Synergia Northwest blends classical, contemporary, professional and student musicians into one evening of that unifies cultures and musical genres. The caliber of these artists, along with a world-class conductor and orchestra has produced evenings of unforgettable musical moments that have left audiences knowing they’ve just experienced a magical event.  It is a highly complex live music presentation that include 50 piece orchestra, teams of orchestrators and arrangers, conductors, major label recording artists, student musicians, audio and lighting technicians, camera crew, production and stage crew.

Synergia Northwest believes that providing a child with the opportunity to build a foundation of musical skills, coupled with the strength of a mentoring relationship, help foster self-confidence and an overall engagement in learning. 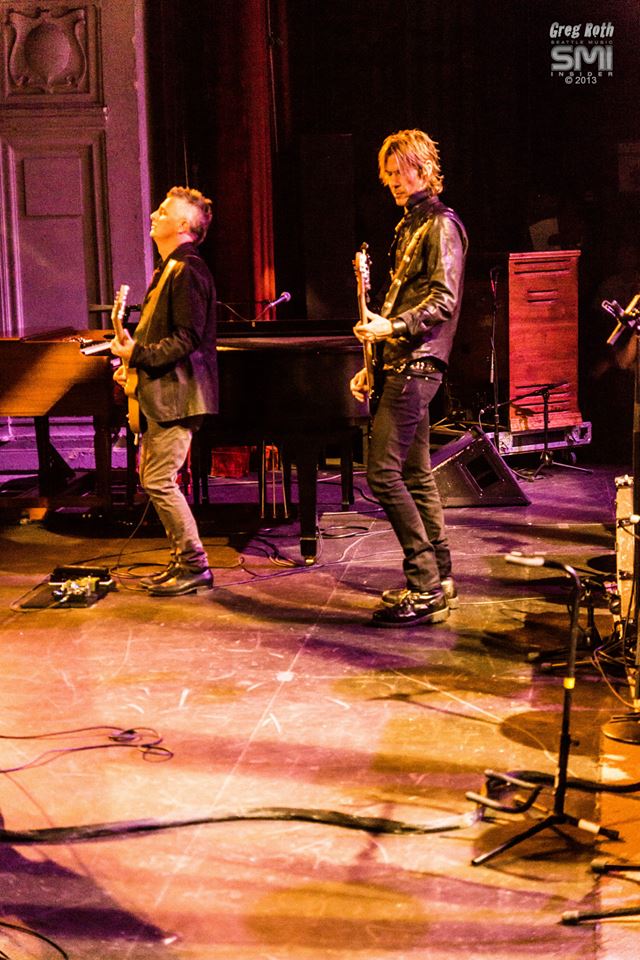 Not only is he a multi-media journalist, he is also an accomplished musician. He is the founder of SMI and drives the creative look, feel and branding for the publication. His years of writing, arranging, and performing live music in a variety of genres inform his ability to communicate the message and the mechanics of music. Roth’s work on SMI reflects his philosophy that music is the universal language, and builds community. He believes it has the power to unite people of every race, religion, gender, and persuasion.
Related ItemsMelodic Caring ProjectSeattle Music HappeningsSynergia NorthwestSynergia Northwest 2013Walking Papers
← Previous Story Portugal. The Man and Avi Buffalo at Showbox at The Market (Photo Slideshow)
Next Story → Hot fun in the Summertime at 107.7 The End “Summer Camp” (Photos Slideshow)