Cody Chestnutt returns to the Northwest at The Neptune (Photos)

By Alex Crick on September 9, 2013@crickontour 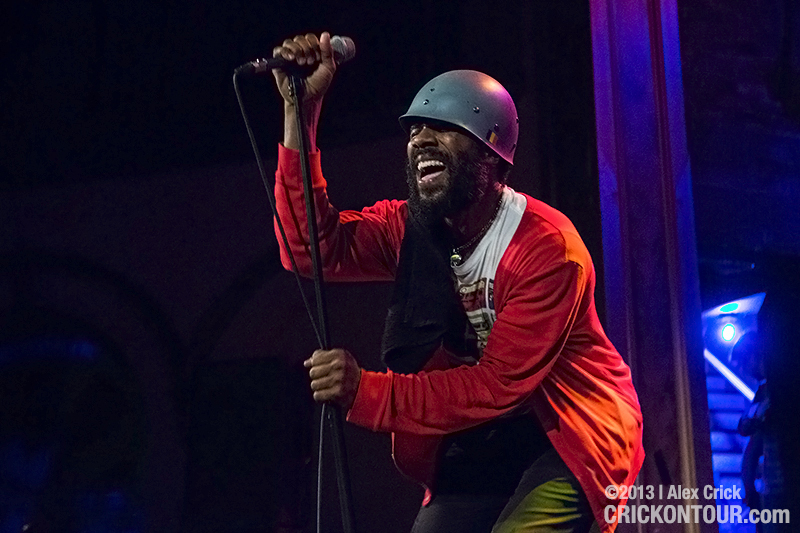 Cody Chestnutt at Showbox @ The Market (Photo by Alex Crick)

Cody Chestnutt returned to the Northwest to play an entertaining  set at Showbox @The Market this past Thursday (9/5).

The Atlanta based R&B artist is no stranger to the Northwest. This past Memorial Day weekend he performed at Sasquatch 2013. Prior to that, Chestnut appeared at the Sasquatch Kick-Off show this past February along with Macklemore & Ryan Lewis at the Neptune Theater.

Alex Crick is a Seattle based freelance photographer specializing in music photography. His interest in photography began as a school project in the early-90′s, when he also attended many live music shows. Eventually, he combined these two interests by conveying the power and excitement of live music through the eye of the camera. Over the years, he’s traveled all over the country photographing live musical acts. You can find samples of his work in SPIN, Billboard, Esquire. View his work here
Related ItemsAlex CrickCody ChestnuTTSeattle Music HappeningsThe Neptune
← Previous Story Avenged Sevenfold Destroys Day 1 of KISW’s Pain in the Grass
Next Story → HIM Spreads The Love Metal at KISW’s Pain In The Grass (Photos)