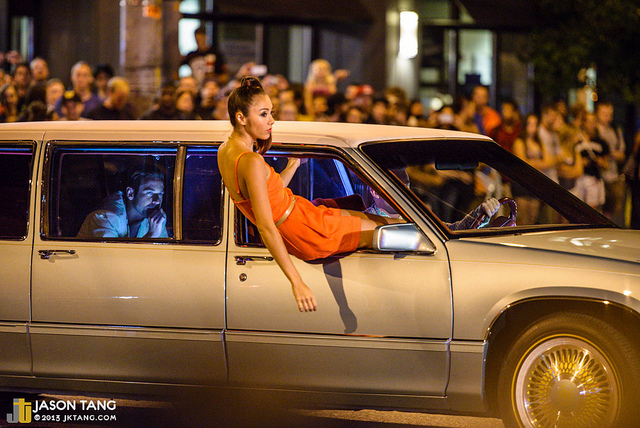 “The Hill” was virtually shut down so that Macklemore & Lewis could shoot some exterior scenes for part of the video, which features Seattle’s famous Dick’s Drive-In as a backdrop. The iconic Seattle burger palace just celebrated it’s 60 year anniversary yesterday, so the timing of the release of the video couldn’t be more perfect.

Macklemore and Lewis have had a brilliant year – gaining global attention with the mega-successful release of The Heist, which has spawned several hits and garnered some MTV video awards. In addition, Macklemore, whose real name is Ben Haggerty recently graced the cover of Rolling Stone.

Not only is he a multi-media journalist, he is also an accomplished musician. He is the founder of SMI and drives the creative look, feel and branding for the publication. His years of writing, arranging, and performing live music in a variety of genres inform his ability to communicate the message and the mechanics of music. Roth’s work on SMI reflects his philosophy that music is the universal language, and builds community. He believes it has the power to unite people of every race, religion, gender, and persuasion.
Related ItemsDicks Drive-InHollis Wong-WearMacklemoreMacklemore & Ryan LewisRyan LewisScHoolbyQSeattle Music Happenings
← Previous Story Looking back on Bumbershoot 2013: Days 2 and 3 Highlights (Photos)
Next Story → Avenged Sevenfold Destroys Day 1 of KISW’s Pain in the Grass