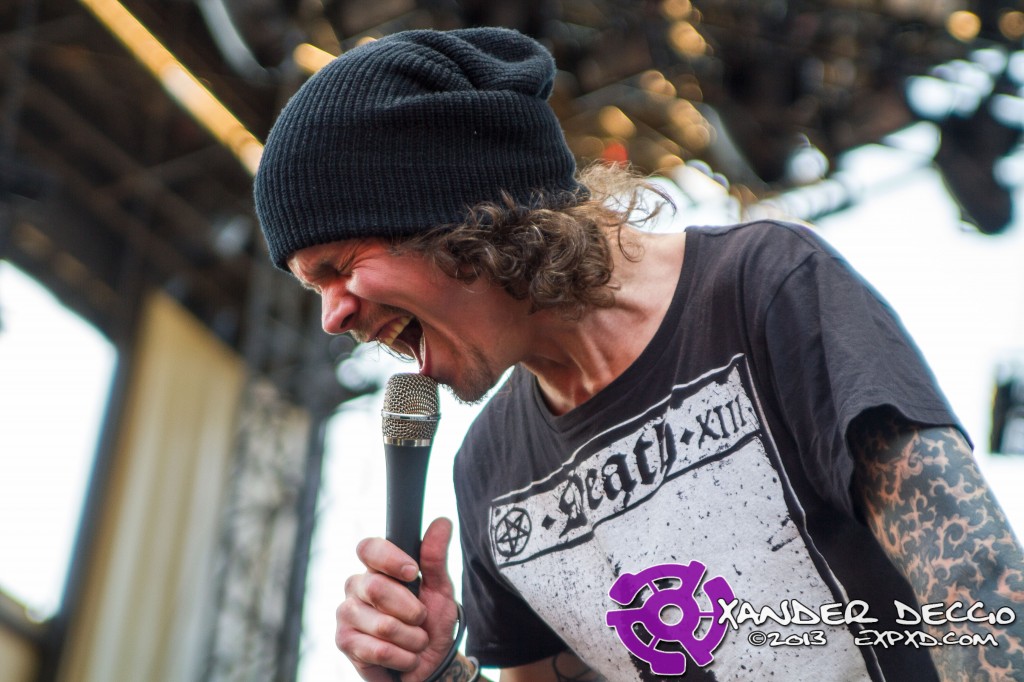 Ville Valo of HIM. (By Xander Deccio)

Finnish rock/metal group HIM made their way back to the Pacific Northwest with a stop at KISW’s annual ‘Pain in the Grass’ concert. Fronted by lead singer Ville Valo, HIM (short for ‘His Infernal Majesty’) is currently on tour supporting their newest release ‘Tears on Tape.’ The band also released a greatest hits compilation last year entitled ‘XX – Two Decades of Love Metal,’ late last year. However, their newest release also marks their first album on Razor and Tie records. HIM has also been around since the mid 90s in Europe. However, they didn’t make it big in the US until 2005 (for me it was 1999).

For me, it meant getting to re-shoot a band that had a big influence on me growing up. I had the opportunity to shoot them in 2010. However, tragedy had struck in my family and shooting a show so soon, probably wasn’t a great idea. I wouldn’t say the photos I shot were bad per say, but I can honestly say that the second time around I knew how i wanted to capture the band. I really hope they make it back to Seattle next year, as I would love to shoot them again.

Look for the band on the ‘Rock Allegiance Tour’ with Volbeat, Airbourne and All That Remains.

Xander is a veteran freelance photojournalist and writer. He has covered many top national and local artists for multiple local and national publications including SMI. On his spare time, he's either producing episodes of VNYLden, or tending to his vinyl collection.
Related Items2013ConcertEuropeanEXPXDGeorgeH.I.M.HeartagramHIMHis Infernal MajestyKISW Pain in the Grass 2013LiveLive MusicLove MetalMusicPain In The GrassRockSeattleSeattle Music HappeningsTears on TapeThe GorgeThe Gorge AmphitheaterValoVille ValoWAXander Deccio
← Previous Story Cody Chestnutt returns to the Northwest at The Neptune (Photos)
Next Story → Adam Ant seduces Seattle at Showbox