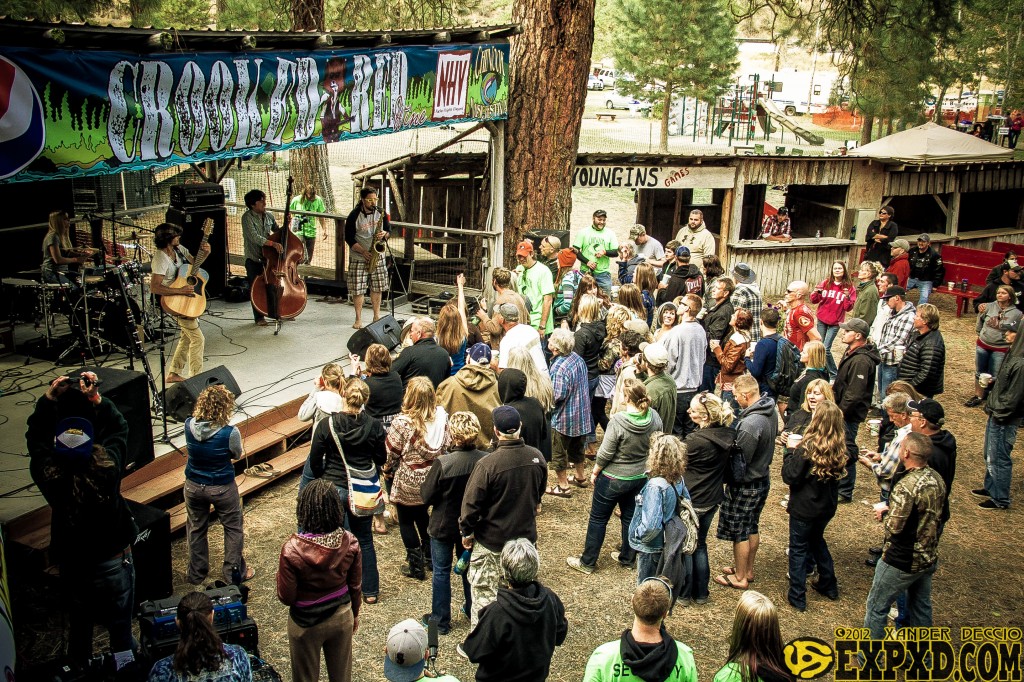 This year’s Chinook Fest is SOLD OUT! The brainchild of Cody Beebe and The Crooks is in it’s second year, and with a stacked lineup to boot that will make any concert goer scream with delight. With the many of failed music festivals that have graced they Yakima Valley (EDGEfest, Rosey Posey etc.) Chinook Fest is continuing to become an entity in it’s own. Last year’s festival had such a great turnout that many wondered what was in store for this year.

This year’s lineup will feature a plethora of bands from many genre’s and will feature something everyone will enjoy. This year will feature the return of many favorites from last year such as: Ben Union, Tango Alpha Tango, Blake Noble and of course Cody Beebe and the Crooks. With some new additions including Seattle Living Room Show’s favorite Kris Orlowski, Bellingham based jam band Yogoman Burning Band, Seattle based blues rock band Daniel Kirkpatrick and The Bayonettes, Local Yakima favorites Not Amy and Nashville, Tennessee based Daniel Ellsworth and The Great Lakes.

Also making a special appearance on Saturday is non other than harmonica virtuoso Lee Oskar, formerly of the 70’s Funk & R&B outfit WAR.

This year’s festival is not to be missed, and if you can manage to find someone with some extra tickets, BUY THEM! Anyways, if you have your tickets already, here is my top 5 picks for this year’s Chinook Fest.

Xander’s Top 5 Pick’s To Check Out at Chinook Fest.

4. Daniel Ellsworth and The Great Lakes

5. (Tie) Cody Beebe and The Crooks and Village

Hon. Mention: Daniel Kirkpatrick and The Bayonets, Robert John and The Wreck, Not Amy

In case you missed all the fun from last year, here is a photo recap.