Kutless Spreads The Love At The Central Washington State Fair 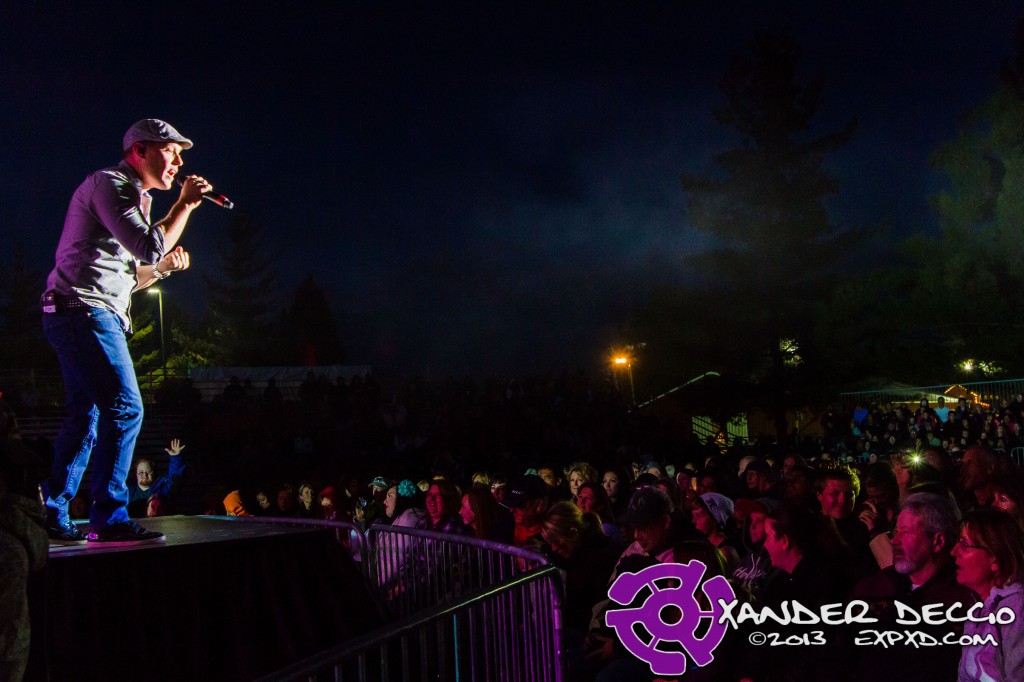 Portland based Christian Rock band Kutless performed to a packed audience at this years Central Washington State Fair. The band who is signed to Seattle based Tooth and Nail imprint BEC records, brought a huge crowd with that overcame some of the coldest weather Yakima has seen in the fall. Fans from all over stood up and raised their hands in praise for the Alt-rock band.

I’m going to be honest, i’m not really a fan of Christian rock and couldn’t tell you of any of the bands, or who is popular amongst the fans of Christian rock. However, as I have said before “there is a time for trying something new.” and tonight was one of those. Not only did Kutless not disappoint it’s fans who braced the cold temperatures to enjoy the show. Many had wondered if it was due to the weather that people weren’t coming to the shows (Plain White T’s and Sean Kingston both had really low numbers). What really impressed me was not only the positive message they were promoting, but the fact that they intertwined popular rock music (their intro featured The xx’s intro off of their first album, and during their third song they played the instrumentals to The White Stripes Seven Nation Army) within their sets.

The experience from tonight’s show was awesome to say the least, and trying new things is a must.

Xander is a veteran freelance photojournalist and writer. He has covered many top national and local artists for multiple local and national publications including SMI. On his spare time, he's either producing episodes of VNYLden, or tending to his vinyl collection.
Related ItemsAlternativeBEC RecordsCentral Washington State FairChristian RockConcertKutlessLiveLive MusicMusicSeattle Music HappeningsTooth and Nail RecordsWAXander DeccioYakima
← Previous Story Live Review: The Lumineers, Dr. Dog & Nathaniel Rateliff at Marymoor Park (Photos)
Next Story → Decibel Festival 2013: My Lorde that girl is good (Photos)