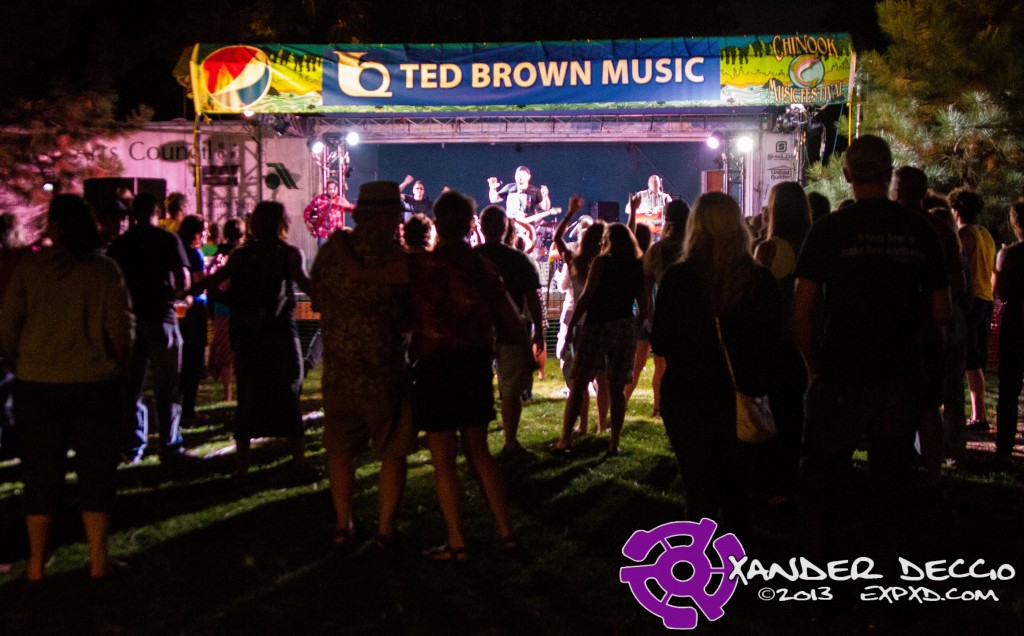 When people ask me about Chinook Fest, the only answer I can give them is one word… Crazygonuts! Yes I used a term that Strong Bad from Homestar Runner coined but you see that’s just it, Chinook Fest is crazygonuts. This years festival took it to a whole new level of any music festival you would be privy to in the pacific northwest. Yes, it would be hard to compare to the likes of Sasquatch! But for many, Chinook Fest is like that big backyard shindig you always kept hearing about from your friends, but never went to. To me that is what Chinook Fest is, that awesome backyard shindig, that not only features awesome music, but awesome people, and awesome memories to boot.

For day 1, the bands where stacked! This year the promoters decided to have day 1 at the camp grounds instead of at a local bar, which made perfect sense being the whole beauty of Chinook Fest is to camp or if you’re lucky enough book a cabin. With bands like Not Amy opening the first day of Chinook Fest with one of the most memorable sets, to Aces Up bringing that country twang to the fans. closing things out was none other than SMI favorites Ben Union tearing up the main stage in one of the craziest sets I have seen.

For those who missed out due to it selling out, or not hearing about it till the last minute, we have provided a photo recap of Day 1 for your enjoyment.