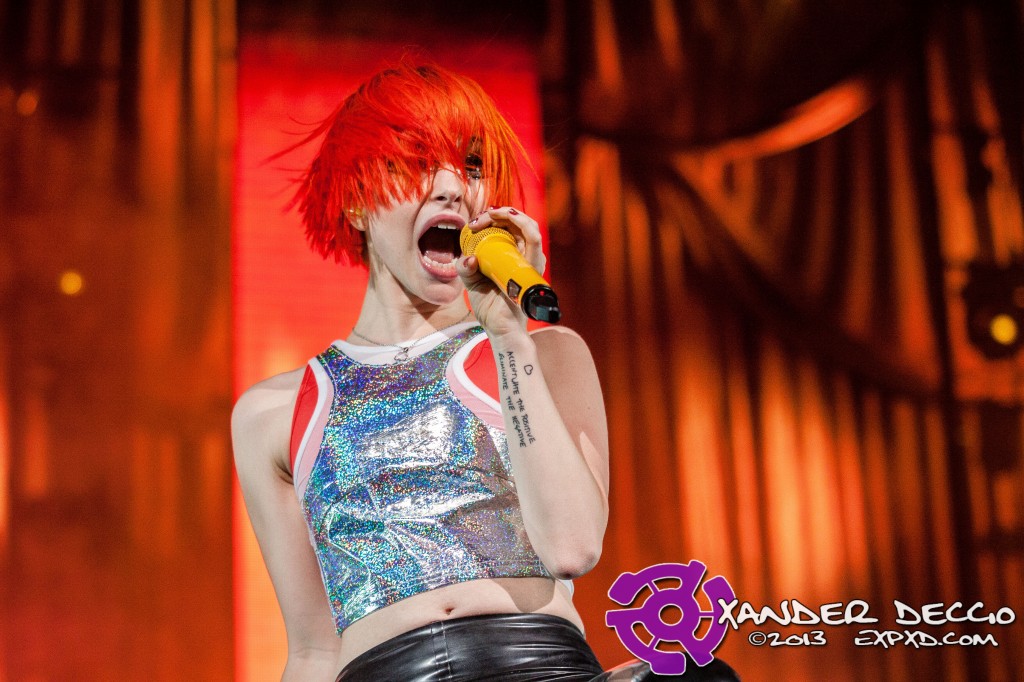 Power Pop group Paramore, played  Seattle’s KeyArena to a packed crowd with a show to kick off their latest tour in supporting their newest self-titled album. This was a show that had to be seen as Hayley Williams and company brought out the passion and energy that makes them what they are. Canadian act Metric and pop punk act Hellogoodbye opened for Paramore on this leg of the tour.

I normally don’t cover “pop acts.” However, with Paramore it’s a whole different story. It goes back to Warped Tour of 2007, I was standing in line at a meet and greet and the main reason I was even in line was to get my hands on that year’s poster.  You see, every year I attended Warped, I always got one of the awesome posters they gave out to fans in attendance. But there was a catch, you had to stand in line for the meet and greet to get one of these bad boys and being the bands I came to see weren’t apart of the meet and greet schedule (Pennywise, Pepper, Flogging Molly) so it was a choice between Chiodos (gag!) or Paramore. I opted for the latter as I was starting to dig their newest single “Misery Business.”

So, I waited over an hour in some of the hottest weather just to meet Paramore and low and behold two girls in front of me started cutting in line. Well as I was approaching the booth, I was accosted by a rent a cop and some promo girl accusing me of cutting in line. Haley herself sees this and yells to the girl to “leave him alone, he didn’t cut in line.” The promo girl of course starts to argue with the band to a point they tell her to shut up, and she keeps her mouth shut. As for the rent a cop, he ends up apologizing to me. Because of that, I have nothing but mad respect for Paramore and Hayley Williams. 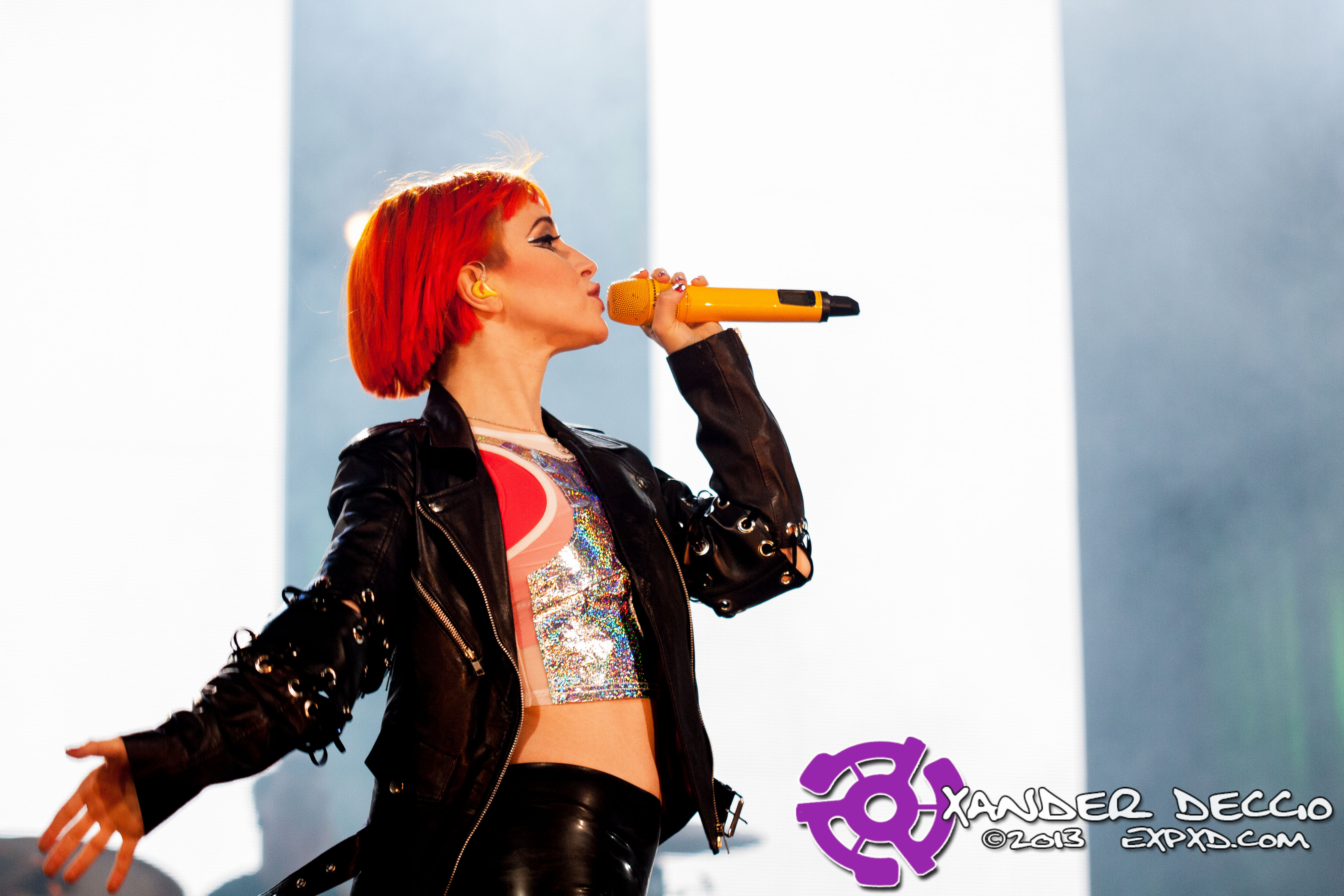 Xander is a veteran freelance photojournalist and writer. He has covered many top national and local artists for multiple local and national publications including SMI. On his spare time, he's either producing episodes of VNYLden, or tending to his vinyl collection.
Related ItemsEXPXDHayley WilliamsKeyArenaLiveLive MusicLive Music PreviewMusicParamorePhotographyPhotosPopPop PunkSeattleSeattle Music HappeningsWAXander Deccio
← Previous Story Smallpools, The Mowglis and Walk the Moon party at Showbox SoDo (Photos)
Next Story → Metric Brings The Awesome To KeyArena (PHOTOS)