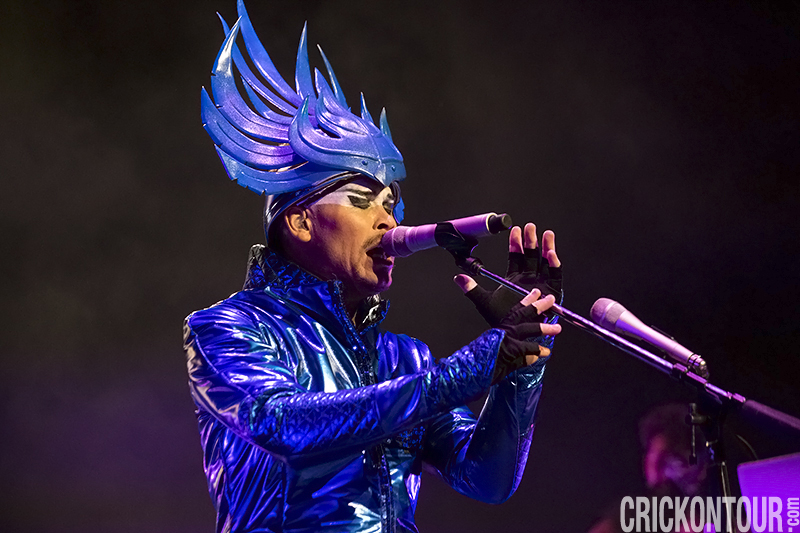 Luke Steele from Empire of the Sun (Photo by Alex Crick)

Empire of the Sun consists of longtime collaborators Luke Steele of alternative rock act The Sleepy Jackson, and Nick Littlemore of electronic dance act Pnau. The group comes from “The Land Down Under,”  If it is a dreary day (which is typically is this time of year in Seattle) and you are feeling down, this outfit is the perfect cure for the rainy day blues. Their music is an uptempo blend of positive, pop/dance music accompanied by catchy hooks.

Empire Sun made an appearance this past spring at Sasquatch 2013 and closed out day two with a theatrical vegas style show. They came to town a couple weeks back and played a similar set in support of their most recent record, Ice on The Dune.

A lot of the music and back vocals are canned augmented with live musician’s. Samples and beats are triggered by various guitar and keyboard controllers on stage.  EOTS brings with them an army of sexy dancers dressed in futuristic stage regalia and some clever choreography, along with some fancy stage lighting and video backdrops.

Frontman and guitarist Steele appears on the stage dressed in like some sort of sun king (complimented with shiny crown and tribal makeup) and moves up, down and across the stage commanding his subjects to party and have a good time. An EOTS show is less about the music and more about the overall feel good, visual spectacle.  All in All, an Empire of the Sun show is fun, entertaining and a treat for all of the senses.

SMI Contributor Alex Crick was at the Paramount to capture some of the visual action.

To get a taste of the band’s live show, check out the video of the EOTS courtesy of MTV and Palladia’s  The Music Experiment. 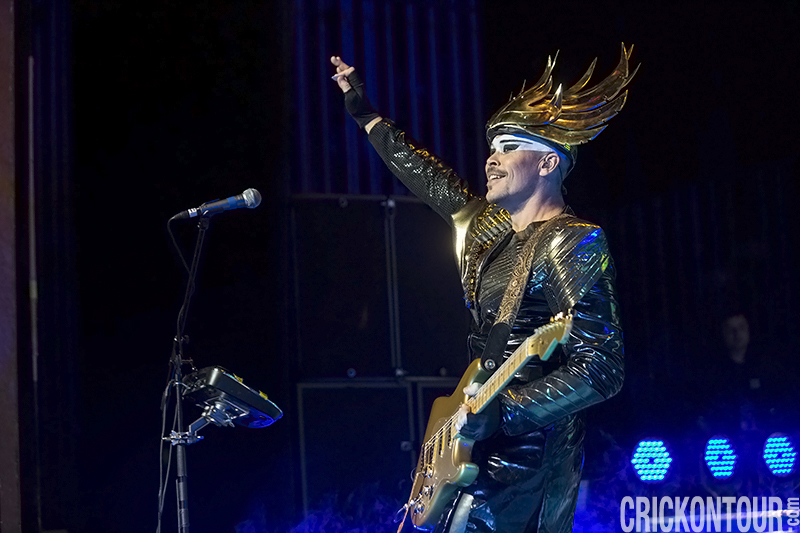 Not only is he a multi-media journalist, he is also an accomplished musician. He is the founder of SMI and drives the creative look, feel and branding for the publication. His years of writing, arranging, and performing live music in a variety of genres inform his ability to communicate the message and the mechanics of music. Roth’s work on SMI reflects his philosophy that music is the universal language, and builds community. He believes it has the power to unite people of every race, religion, gender, and persuasion.
Related ItemsAlex CrickEmpire of The SunGreg RothSeattle Music HappeningsThe Paramount Theater
← Previous Story A look back at Joe Satriani and Living Colour at The Paramount (Photos)
Next Story → SMI Radio Ep. 95 On Demand: Christian Zucconi of Grouplove and Robert DeLong