By Christine Mitchell on January 16, 2014@Housetornado37 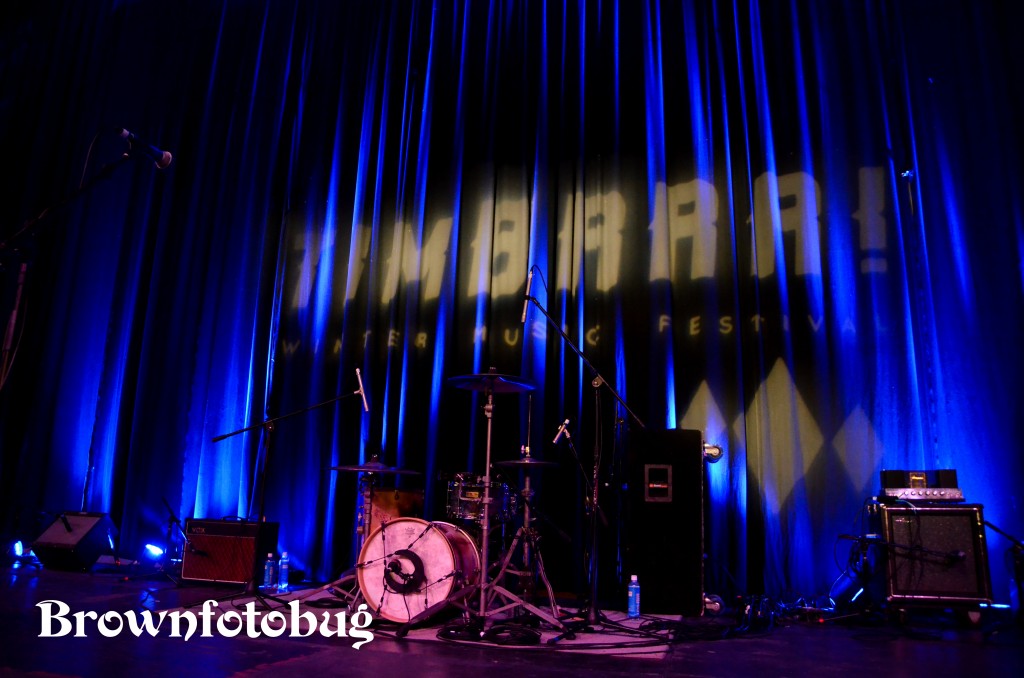 I was as giddy as a teenager when photographer Arlene Brown and I headed over Stevens Pass to Timbrrr! Winter Music Festival in Leavenworth last Friday. Hell, I had even borrowed my mom’s car (which wasn’t in the teenager bomber-car trade-up kind of way, more in the ‘my van doesn’t have 4WD and I’m nearing forty’ kind of way). In any case, the pass had bare roads and we leisurely strolled up to the Festhalle to check in, scope the place out, and snag some excellent enchiladas at South.

It was immediately obvious that the vibe at Timbrrr! on Friday night was laid back and relaxed. Fresh mini donuts were on hand, as well as top-notch beer from Icicle Brewing Company, which was right across the street. The festivities commenced with a Hot Toddy Garden, which involved a slew of amazing coffee and hot chocolate drinks with a lot of, um, pizazz.  Caffe Vita and Snoqualmie Ice Cream outdid themselves. I hope to see these drinks at some restaurant somewhere, because holy cow they were great.

The music began at 5:00 p.m. sharp, with Temple Echoes leading the charge. Their set satisfied all of those who were not getting buzzed from liquor, with dreamy, slightly spacy songs. The sound was friendly, although a little samey-samey at times.

Joseph Giant took the baton from there and picked the pace up to just barely rollicking. His working-man sound laced with a tiny bit of country reminded Arlene of her old friend. John Cougar. Joe (who is indeed quite tall) has a good voice and had a great sense of humor when one of the band’s amps started acting up. He placed the blame on Craigslist, which quickly endeared him to the crowd.

As Leavenworth’s Festhalle crowd was filing in, The Lonely Forest from Anacortes delivered their brand of nerdy love rock.  Lead singer John reminded me of a lovelorn boy that sounded a little Stipey and who could have been on my Knowledge Bowl team. For God’s sake, they have a song about Benadryl, which I used to fall asleep to every morning in Pre-Calc. The lead guitarist was my crush, all pretty and awesome and shredding and jumping, running his fingers through his Zachary Quinto hair. These talented boys sang about wanting to be ‘addicted to love’ (hopeful and sweet, not sweaty and gross like Robert Palmer), and kicked out a great version of Tom Petty and the Heartbreakers’ “Listen To Her Heart”. I was pretty sure that this would be the high point of the night.

Then You Me & Apollo took the stage and really threw me for a loop. While The Lonely Forest boys were adorably geeky, You Me & Apollo were not much to look at (although I kept watching to make sure that the lead guitarist wasn’t Johnny Depp). But boy howdy…they sounded AMAZING. Brent Cowles has this voice…it goes from a soulful falsetto to a gritty growl in the blink of an eye, with a rich set of middle tones to complement (and a teeny bit of a Freddie Mercury in there, too). His stage presence ranged from a sense he was telling you his most delicate secrets to suddenly going off on a rant in your face. Was the music roots? Was it Motown? Was it down home rock, or a revival? Who cares . . . I just kept thinking “. . . wow. These guys are GOOD.” I sure as s**t need to get myself on down to Denver at some point, because that place is a freakin’ hotbed of awesome. This was the only CD I purchased at Timbrrr!

The Moondoggies of Everett closed out Friday night’s festivities, and they were fine, but sort of a letdown after You Me & Apollo’s show stopping performance. The band opted to start off slowly and build it up, which wasn’t the best choice as it was late, so the audience started filtering out to party harder somewhere else. By the time The Moondoggies ratcheted it up a few notches the crowd was a smaller, tighter knot that rocked right along. One unifying feature was the great harmonies between the band members. But honestly, I had nearly headed out the door because of boredom, only to return to sample what seemed to be a completely different band than the one that had started out on stage.

In any case, it was late. We headed back to the hotel, because there was even more music to experience on Saturday.

It was Saturday morning. Arlene and I popped out of our hotel room and out onto U.S. Highway 2 and took a slow spin to take it all in. Leavenworth is a gorgeous place to be on any given winter morning. The mountains sprang up just down the street from where we were standing, snowy, misty, and still. Actually, they pretty much surrounded us. The mini-golf course had a snowy coating and the Wenatchee River was doing its wintery river thing just down the hill.  We headed over to the Icicle Brewing Company to catch Barna Howard.

We sat outside at a table with a fire crackling in the center. It was crisp morning and nearly 11:00 a.m., so we decided to grab some pub grub and a couple of tasty, tasty, local beers. I can’t imagine a more perfect setting in which to see these next three artists, all of whom just featured voice and guitar.

Barna Howard is a singer-songwriter with a true, deep-toned voice and simple, yet intricately worded stories to tell. Songs like ‘Indiana Rose’ and ‘Bitter Side of Blue’ were beautifully executed. Barna’s great set filled the brew pub and even drew people off the street, which is quite a feat for a concert taking place before noon.

Kevin Long from Spokane continued on, also with a warm voice and spare guitar. His simple, yet well-performed set. hinged in with the next performer on the bill, Lotte Kestner. The two performed together as a quiet pop-folk duo. Kestner’s songs were more cerebral and the harmonies hauntingly beautiful.  Her voice was delicate and wavering, yet soaring here and there in the cold, crisp Leavenworth air.

All Seahawks fans take note: The Timbrrr! schedule was specially adjusted to allow fans of the game to watch on a huge screen in the Festhalle, which was great. The vendors were there serving up hot dogs, donuts, beer, and the gourmet hot toddies, and tables and chairs were rolled out for the 600 or so people who showed up to take it in and high five each other.

There WAS one wrinkle in the schedule; Temple Echoes had been scheduled to play once again at the Munchen Haus restaurant during the game, but was cancelled due to rain. The performance space was in an outdoor courtyard area and there were water/amp/electricity issues.

Thankfully, the Ballard-based band Hannalee was able to perform without the use of amps, so the trio went on as planned at Munchen Haus with their sprightly folk music. The three-part harmonies soared as Fidelia, Michael, and Anna-Lisa warmed us up with tales of winter, children and campfires, playing guitar, drum, tambourine, a ukulele, and . . . kazoos!

We hustled back to the Festhalle to catch the ending of the Seahawk game, and then everyone pitched in to clear out the chairs and tables because hey, THERE WAS A SHOW ABOUT TO GO ON.

So. This band, Cataldo. If they had had any merch I would have bought it, because they started the evening off with a set that exploded yet smoldered before the crowd. It is all the brainchild of singer Eric Anderson, but the band as a unit played with a singular mind. The music was sexy and had a bit of a throwback sound, yet entirely pop-friendly, with a horn section and keys along with the usual rock instruments. Be-suited Anderson had spot-on moves and a voice that sounded great; backup vocals provided by the lead guitarist complementing perfectly. “The Beast” was a highlight of the set. Cataldo’s album will be released in March, and I am definitely looking forward to it.

Poppy-dreamy-electronic outfit Wild Ones mellowed things out a touch, yet turned the sweetness up to eleven. Sounding like an updated Sugarcubes, the band was led by Danielle, her pixie-like voice and Pendleton shirt fixed the crowd. The band endeared themselves with “Golden Twin” and other expertly fleshed out tunes.

Radiation City is a testament to the whole “no ‘I’ in team” saying. The style of the band was hard to pin down, ranging from disconsolate girl group to secret agent to soul-opera…and included keyboard and violin. The fun thing about this group is that it seemed like everyone got a turn to sing, which kept things interesting and fast-paced. The whole band seemed to be earnest musicians and music lovers.

ALERT: Drummer front and center. Yep, it’s Telekinesis. Danielle from Wild Ones appeared next to me at the front of the crowd; she’s a big fan! Michael Benjamin Lerner, the mastermind of it all, knocked it out with his drum set and enthusiastic singing. In fact, enthusiastic describes the whole performance pretty well, with Lerner’s touring musicians rocking themselves silly. I knew I recognized the keyboardist; it was Rebecca Cole from Wild Flag. She had a good time. Hair thrashing abounds!

Wait . . . was it really the end? It was a very electric Saturday night, and Hey Marseilles was there to close it out. A whole slew of dudes washed over the stage. What instrument didn’t they play…all sorts of strings, keys, the usual . . .with an acoustic, yet bassy instrumental beginning, Hey Marseilles announced their presence and took the crowd under their wing. Powerful, a little sad, and always serious (well, there was the INXS “Never Tear Us Apart” cover), slightly REM-y and with a touch of the more soaring Dave Matthews tunes here and there (just a touch), the band brought Timbrrr! to a slow-parading close. 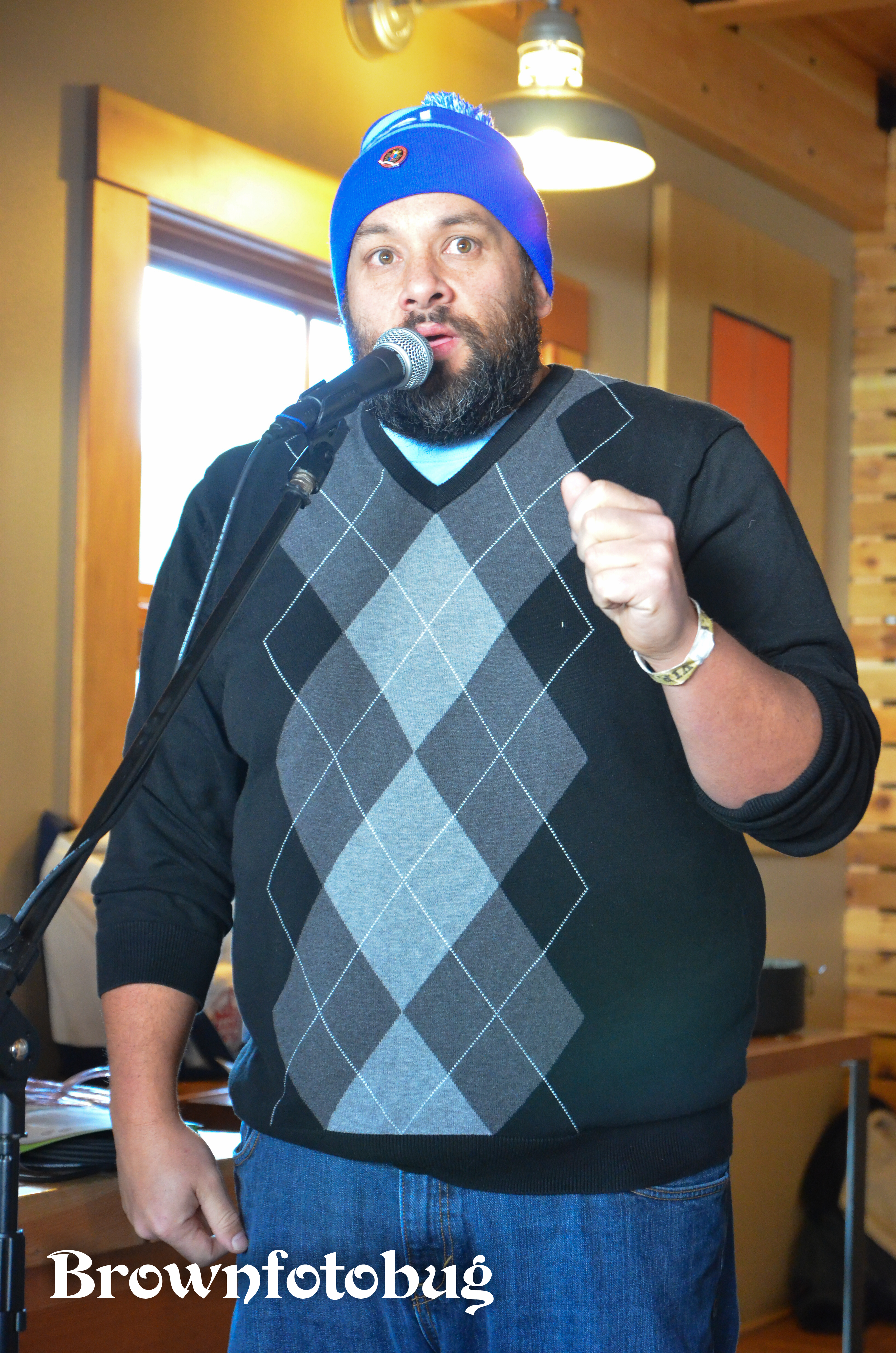 Christine Mitchell has been poring over album liner notes pretty much since she acquired the skill of reading, and figured out the basic structure of rock songs at an early age. Whether it’s the needle popping into the first groove of the record, the beeps that signal the beginning (or end) of a cassette tape, or digital numbers ticking off the seconds from zero, music brings Christine happiness, ponderous thought, opportunities for almost scientific study, and sometimes a few tears. When she started attending live shows two decades ago, a whole new piece of the puzzle clicked in and she has been hooked ever since.
Related ItemsArlene BrownArtist HomeBarna HowardCataldoChristine MitchellHey MarseillesIcicle Brewing CompanyJoseph GiantKevin LongKevin SurRadiation CitySeattle Music HappeningsTelekinesisTemple EchoesThe Lonley ForrestThe MoondoggiesTimber!Timberrr!Wild OnesYou Me & Apollo
← Previous Story Indigo Girls bring their magic to Edmonds (Photo Slideshow)
Next Story → Southern Culture On The Skids: Carolina fried and delicious (Photo Slideshow)