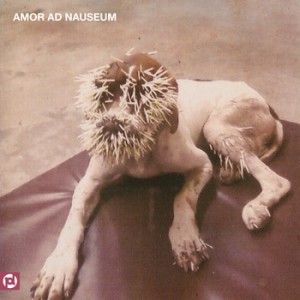 Portland-natives Aan have an aversion to the cliché-soaked radio hits of today. As the album title would suggest, there is such a thing as too much pleasantry. Too much pandering for approval through accessibility. That’s not to say that their music is unapproachable; its foundation still lies in the orthodox formulas of rock. But their music is comprised of more than simply that. Amor ad Nauseum is an emotionally-nauseating roller coaster of various sounds and textures, controlled primarily by the value of aesthetics.

“We knew we wanted a cinematic record,” explains Bud Wilson, lead singer, guitarist, and songwriter. “I wanted it to be an experience that transcends the simple headphone listening. This is an album where you close your eyes and are transported somewhere else for 50 minutes.”

The concept is instantly evident as the first track, “Wet and Dripping,” starts with nearly two minutes of ambient buildup before slamming into a brick wall with full force. The transition between movements, reminiscent of Dirty Projectors, goes from zero to sixty in a split second. Wilson is yelling, synthesizers are sparking, and your heart is pounding. Then all of the sudden it’s a lo-fi swoon. The tape clicks. Silence. Then right back into the hectic electricity of that main riff. Underneath all the chaos lies a basic Hi-Fi structure inspired by artists such as St. Vincent, Kurt Vile, and Grizzly Bear. There’s a grab-bag of influences among the band members, ranging from Hip-Hop to bassist Reese Lawhon’s early affection for Nirvana.

“When I was in college I worked at the radio station and got into early Beck, Stereolab, things that were pretty adventurous,” says Wilson. 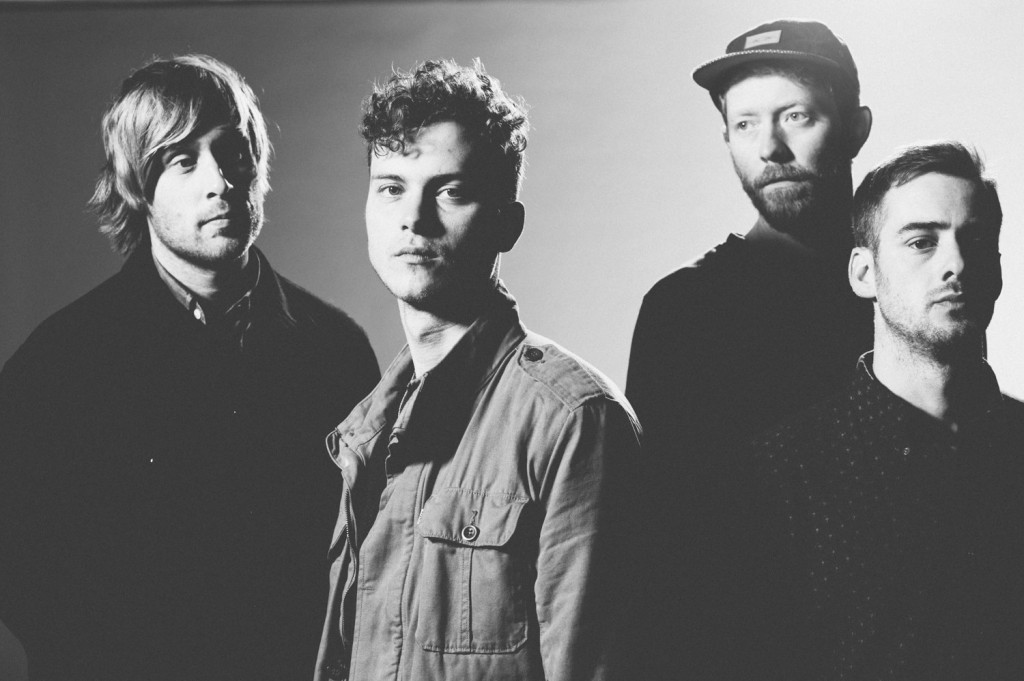 This is a band that is nothing if not adventurous. The last few years for Aan have been just as complex as their album. Disagreement with management, extensive touring, and a particularity for sound drew the recording process out into an almost two year ordeal.

“We just still can’t believe it’s actually out,” laughs drummer Jon Lewis. “We played a KEXP Live In-Studio last year and told them on-air that it would be released in August. …Come February and the record’s finally here.”

In many ways, the band is still finding itself. They tested the waters with management, but found the goals placed on them to be a bit lofty. The band has no intention of overreaching for opportunities that exceed their reality. Their five dates opening in Floridian arenas for the Smashing Pumpkins last year were definitive learning moments for the group.

“The tour was a blast. I thought we were really well received,” says Wilson. “But the biggest lesson we took away from it was a changed understanding of the live music business; realizing just how many people are actually involved and having to decide whether or not we really wanted to be a part of that. One or two semi-trucks of equipment, two tour buses, and then there’s us – following the procession in a little Chevy Express.”

That’s not to say that the experience has turned them off of touring. Aan has played a number of shows they’re proud of, with bands such as Built to Spill, Psychic Ills, and Bosnian Rainbows. Soon they will be touring from SXSW to Treefort Music Fest with Disco Doom.

“From a personal standpoint, it’s very much about the artistic process more than necessarily the exposure. We’d rather play with bands we truly appreciate and put on a good show.”

The band is in an odd place right now. One of their management’s other lofty goals was for Aan to sign with a major label – a goal not achieved.

“We pitched it around but no one was biting,” explains Wilson. “Eventually we just came to realize that it wasn’t going to happen and now we’re with Party Damage Records, who have been absolutely fantastic to us, and we couldn’t be happier.”

Following separation from their management, original guitarist Jeff Bond was replaced by current member Patrick Phillips in an amicable split.

“Jeff always wanted to be a producer and frankly, I think he was surprised he stayed with us as long as he did,” says Lewis. “He was only ever with us because we needed a guitarist and he already knew all of the parts from being in the studio. Now he’s working with the Dandy Warhols, so I think everyone found their place.”

Though it’s been a hectic winter, Aan feels they have the opportunity of a fresh start. With their short album-release tour of the Northwest quickly rapping up, the band plans to start work on a catalogue of songs on the backburner that were awaiting the album’s release. One thing is for certain; their growth over the last year has not swayed their integrity when it comes to writing from a place of texture over fluff.

“I have a saying that guides my writing,” Wilson grins. “If you’re happy and you know it, clap your hands…Just don’t write a song about it.”

FAVORITE TRACKS: “I Don’t Need Love” and “Wake Me Up With a Kiss”

Ian is a contributing writer at SMI. He currently studies English at UW and is drummer for the local band The Mama Rags. Follow him on Twitter at @iancunn

Ian Cunningham is often described as either an old-soul or the most crotchety twenty-something you’ll ever meet (depending on the source), Ian holds a critical eye for modern music. Idolizing Keith Richards, Warren Zevon, and Lester Bangs, his musical preferences thrive decades prior to those of his peers. Raised in Portland, OR, he moved to Seattle in 2012 to continue drumming for the indie surf band Faire du Surf as well as to pursue an English degree from the University of Washington. Though the band has since dissolved, he is the current drummer and manager for The Mama Rags. In what little free time he has, Ian is a die-hard Seahawks fan and an avid record collector; his favorite album being Those Shocking Shaking Days. This October, he will be the proud father of a baby boy.
Related ItemsAANIan CunninghamNew Music PreviewSeattle MusicSeattle Music Happenings
← Previous Story Show Preview: YACHT at Tractor Tavern
Next Story → SMI New Music Preview: ScHoolboy Q ‘Oxymoron’