My Goodness and The Raw Power of Augustines (Photo Slideshows)

By Christine Mitchell on February 13, 2014@Housetornado37 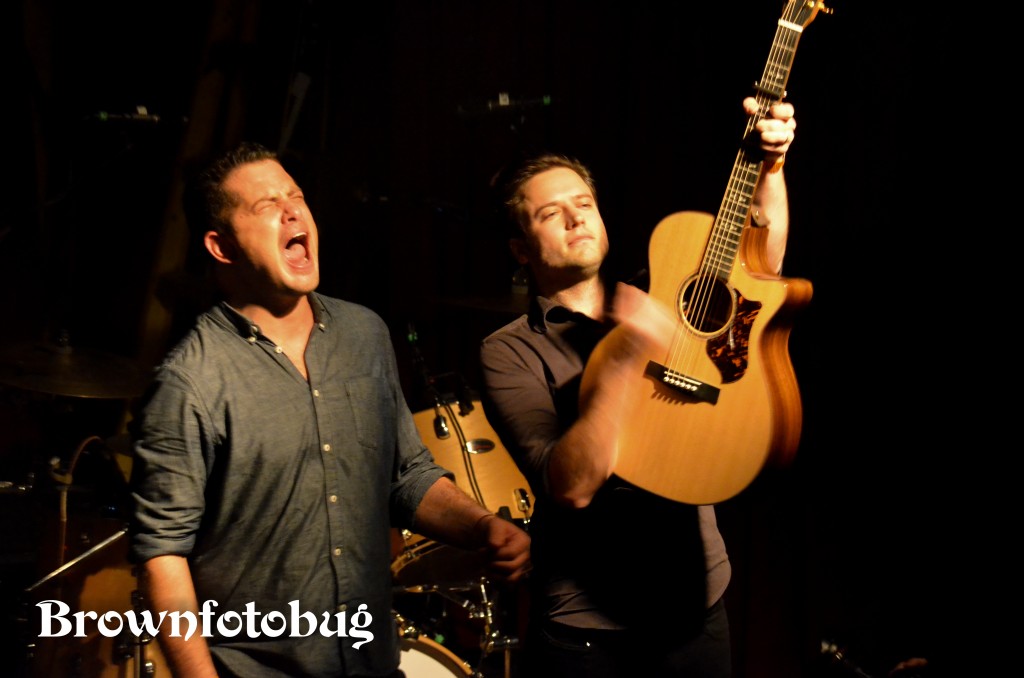 I’m going to spare you the formalities with this article. I’m not going to warm you up to it. I’m gonna smack you upside the head, just like what was served me at the Augustines/My Goodness show at Neumos last Friday. Let’s plow.

My Goodness brought the Sabbath (as in Black) to Capitol Hill with their brand of speed-it-up, slow-it-down punk and heavy rock combo.  It was my first time experiencing this band . . . and the first thing that struck me was the sheer amount of energy expended on stage. Drummer Andy Lum was a MADMAN on the drums, pounding those suckers into the boards at a furious pace and always to a complex beat. Bassist Cody Votolato has recently increased My Goodness from a duo to a trio; and rather than spreading the intensity out, he simply piled on more, thrashing, head-banging, and jumping around like a loon. It made me wish he had long hair. For a long while during the set I appreciated the powerful voice and guitar work of Joel Schneider, but the songs flew by so quickly that I couldn’t figure out what he was singing. That changed as the band slowed down for a bit and Schneider accusatorily sang ‘…you were foolin’ around…’ with a quiver to his voice. So it turns out that these manly men have feelings, after all. Plus one for My Goodness.

Neumos had of course been filling up all of this time, and was pretty well packed in by the time Augustines came on. And where most of the time it seemed that My Goodness was pretty focused on the rocking it out thing, Augustines rocked . . . with feeling. Billy McCarthy has an emotionally ragged voice that reminded me of the lead singers of old Seattle staple Dead Moon and popular punk band Rancid, but paired together with the power of Springsteen. His stance with his guitar and his moves were spot-on Springsteen as well. The band sounded huge . . . with some of the guitar reverb it sometimes sounded U2-ish. When drummer Rob Allen and ‘a little bit of every instrument’ Eric Sanderson provided backing vocals, they were echoed back many times to create an even bigger sound.

Songs like ‘Nothing To Lose But Your Head’ and ‘City of Brotherly Love’ are propelled by lyrics full of loss and strife, but dragged forward with the dogged determination of someone who continues to push on through, nevertheless. These feelings were pounded in and propelled on through the propulsive, expansive music.

Interestingly enough, McCarthy’s demeanor indicated nothing of the darkness that came forth when he was singing. “I’m so happy to be here!” he said more than once, beaming in between songs, shaking hands, bouncing all over the stage, and obviously enjoying himself immensely. For the last song of the night, he got a wild hair and sang a cappella with Sanderson on unplugged acoustic. It was just captivating. Dare I say that it may be the year of Augustines?

Christine Mitchell has been poring over album liner notes pretty much since she acquired the skill of reading, and figured out the basic structure of rock songs at an early age. Whether it’s the needle popping into the first groove of the record, the beeps that signal the beginning (or end) of a cassette tape, or digital numbers ticking off the seconds from zero, music brings Christine happiness, ponderous thought, opportunities for almost scientific study, and sometimes a few tears. When she started attending live shows two decades ago, a whole new piece of the puzzle clicked in and she has been hooked ever since.
Related ItemsAlex CrickArlene BrownAugustinesChristine MitchellMy GoodnessNeumosSeattle Live MusicSeattle Music Happenings
← Previous Story SMI New Music Preview: Young The Giant ‘Mind Over Matter’
Next Story → Ana Popovic brings the blues to Jazz Alley (Photo Slideshow)