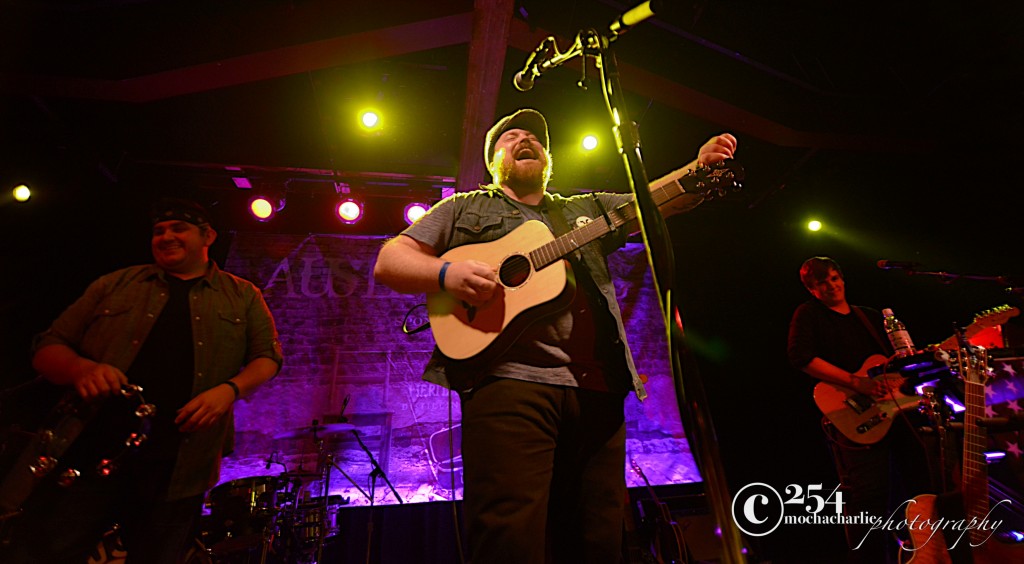 When Austin Jenckes announced his west coast tour, his January 14 date at Seattle’s Crocodile was billed as his “home town” show, and quickly sold out, (prompting the addition of two more dates, both of which also sold out). Jenckes was born & raised in Duval, Washington, but moved to Nashville in 2012. So, when he comes back “home”, his shows are highly anticipated and do usually fill to capacity. However, this time was different.

Not only did his long-time fans want to see him perform, but also his fans he gained from being on last season’s, “The Voice” as part of “Team Blake”. Jenckes made it into the “top ten,” but never had the opportunity to sing his original music on TV. His new fans that are scooping up tickets to his shows are in for a real treat this tour.

He’s pulled out all of his hits from previous albums, and even has a few new songs up his sleeves, including his latest single “Whatever You Want” (https://itunes.apple.com/us/album/whatever-you-want-single/id795219090). The opening band for this tour is another Seattle band, “Cody Beebe & The Crooks.” They recently taped an episode for The CW’s, “Band In Seattle,” airing in February. Jenckes has chosen not to tour solo this time around, and will  bring a full band out on the road. His bandmates include: Robert Perez (drums), Skyler Mehal (BU vocals/BU guitar/keys), & Steve Warren (bass).

Cody Beebe will also be joining him on stage (BU vocals/BU percussion/BU guitar). I’ve been to numerous Jenckes shows over the years, and as a photographer, I usually stand right up front, next to his mom. She is always there, either singing along or telling stories about the songs and his history as a boy and a struggling musician. Nothing was more evident of how proud she is of him and he of her, than when he dedicates a specific song to her. That Saturday was no exception. For his encore, Austin sang (what has become a signature and a crowd pleaser), “Simple Man” (Lynyrd Skynrd cover).

Not only did he dedicate it to his mom, he jumped from the stage and sang it in the audience directly to her. They embraced, the crowd cheered, and then chanted “one more song,” prompting him to play an additional encore. The crowd just didn’t want the night to end. Alas, it did, and they sent him off to play another show on his headlining tour. In all, he’ll be playing more than 20 shows  (as far east as Texas upon article publication) with Cody Beebe & The Crooks, Vicki Martinez or Brian Pounds as openers. Be sure to check his website for specifics: http://www.austinjenckes.us/

Mocha Charlie is an amazing photographer who has a real passion for music. She covers and shoots several shows per month in and around the region. She a brilliant photo journalist but most importantly, she is also a mother who does her best to balance out her life and live it to the fullest. Mocha Charlie uses her passion and talent to support the community, her friends and family any way that she can.
Related ItemsAustin JenckesCody Beebe & The CrooksMocha CharlieNBC's The VoiceSeattle Live MusicSeattle Music HappeningsThe CrocodileThe Voice
← Previous Story STYX live at The D & R in Aberdeen (Photo Slideshow)
Next Story → Toad The Wet Sprocket: ’90s Nostalgia at Showbox @ The Market (Photo Slideshow)