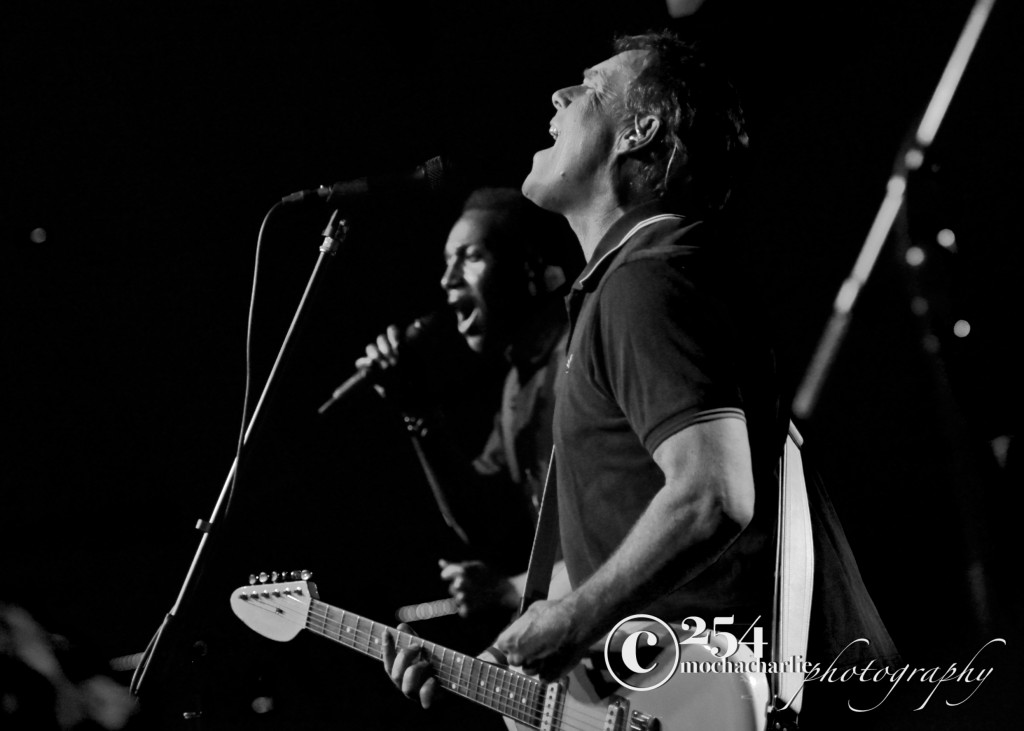 Dave Wakeling of The English Beat (Photo by Mocha Charlie)

The English Beat, The Beat, The British Beat . . . their name may change based on where they play, and what members they have on stage, but regardless, The English Beat can still draw a crowd after all these years. Established in 1978, this band and their fusion of ska, pop, & reggae style music is definitely an ’80s throwback. As surprised as I was that they continue to tour after all of these years without any new material (they did release a “Best of” collection back in 2012 (Available on iTunes). I was equally surprised that they could sell out The Showbox, and on a Friday night.

But once they began to play, I realized why this place was packed! I felt as if I had gone back in time. Their songs sound pretty much EXACTLY like they did in the ’80s! They played hits like “Save It For Later,” “Mirror In The Bathroom,” “I Confess,” and more. And, remember the band General Public? They were a band formed by The English Beat vocalists, Dave Wakeling and Ranking Roger back in ’84. So, yes, their song “Tenderness” also made it onto the set list. The English Beat’s current seven members all performed vocals throughout the night, something you don’t normally find with such a large band. Their harmonies were spot on.

The crowd danced and sang throughout the night, even mimicking when specific “beats” would drop. The band was having such fun performing on stage that they lost track of time and went beyond their allotted set; therefore, they could not return to perform an encore, to the crowds dismay. Although it may be a while before The English Beat returns, you can still hear some great “ska” music via local Seattle based band, “The Georgetown Orbits”, who opened the show. They’re currently in the studio recording a third album and are trying to fund it through Kickstarter.

Mocha Charlie is an amazing photographer who has a real passion for music. She has her finger on the Pacific Northwest music pulse. She covers and shoots several shows per month in and around the region. She a brilliant photo journalist but most importantly, she is also a mother who does her best to balance out her life and live it to the fullest. Mocha Charlie uses her passion and talent to support the community, her friends and family any way that she can.
Related ItemsGeneral PublicMocha CharlieSeattle Music HappeningsShowbox at Showbox at The MarketThe English BeatThe Georgetown Orbits
← Previous Story Pixies shake some skulls at The Paramount (Photo Slideshow)
Next Story → Ani DiFranco brings it back to the Moore Theater (Photo Slideshow)