Ani DiFranco brings it back to the Moore Theater (Photo Slideshow) 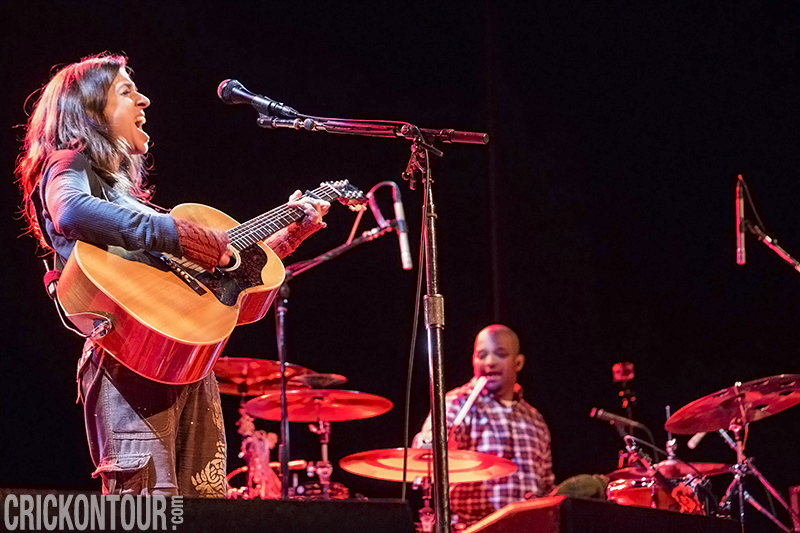 A loving audience welcomed a spirited and humorous Ani DiFranco, who returned to Seattle after a two-year hiatus.  Performing a mix of new songs and old favorites, the crowd cheered her on and laughed at her witty on-stage banter.  Songs included “Fuel,” “32 Flavors,” “Not A Pretty Girl,” “Happy All The Time,” and a crowd pleasing performance of “Swan Dive.”

Alex Crick was there to capture the evening in photos. Check them out below

Alex Crick is a Seattle based freelance photographer specializing in music photography. His interest in photography began as a school project in the early-90′s, when he also attended many live music shows. Eventually, he combined these two interests by conveying the power and excitement of live music through the eye of the camera. Over the years, he’s traveled all over the country photographing live musical acts. You can find samples of his work in SPIN, Billboard, Esquire. View his work here
Related ItemsAlex CrickAni DiFrancoSeattle Music Happenings
← Previous Story ’80s Band “The English Beat” sells out The Showbox! (Photo Slideshow)
Next Story → Two Nights of The Head and The Heart at The Paramount (Photo Slideshow)