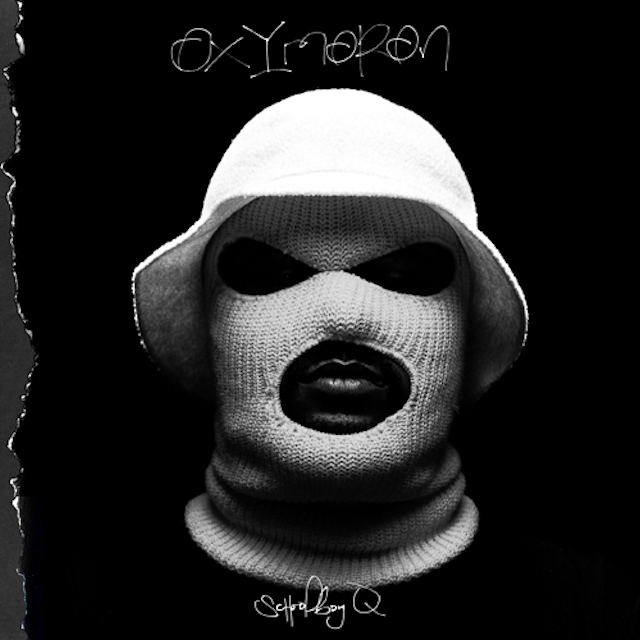 Here comes another West Coast banger. That’s right, ScHoolboy Q — Los Angeles native and bucket hat aficionado — recently released Oxymoron, his third studio LP. And, it’s brimming with gangster grit and raw street-wise know-how. No surprise there, really. But what is surprising is why it took so long to finally release it. His last LP, Habits & Contradictions, dropped in January, 2012 and it’s no secret that he’s been busy in the studio in the interim.

The wait, it seems, falls squarely on the sonic boom that fellow Top Dawg Entertainment (T.D.E) artist and Black Hippy member Kendrick Lamar made with his breakthrough sophomore album Good Kid, M.A.A.D City. In fact, T.D.E. has been savvy with their release staggering (Oxymoron coming just a month after Lamar’s Grammy nod for Album of the Year). It’s almost certain T.D.E. will do the same for label-mate Ab-Soul’s upcoming Unit 6 LP. But even amidst all the product delays — which isn’t exactly a music-industry phenomenon — it’s clear that the label is offering something that’s worth the wait. For ScHoolboy Q, the wait is over.

The tone is set from the first line. It’s abrupt and raucous and a little bit eerie — and also spoken by his 4-year-old daughter, Joy: “Fuck rap, my daddy a gangta.” And she’s not lying. The whole album is a tour de grime, a hodgepodge of pimping, drug slinging, and murdering. And, I know it’s irresponsible to say, so don’t tell the kids (D.A.R.E. and all), but it’s cool. Really cool. Like a drink-forties-in-my-car-with-my-friends-and-pretend-we’re-not-from-the-suburbs kind of cool.

And, on and on the gangbanging circus goes, with noteworthy stars like 2 Chainz, Kendrick Lamar and A$AP Rocky throwing their hats in the ring. Other big contributors are found on the production end, including N.E.R.D. star Pharrell Williams (“Los Awesome”), Mike Will Made It (“What They Want”), Tyler, The Creator (“The Purge”), and The Alchemist (“Break the Bank”).

So yeah, the whole damn thing is raunchy and yeah, it oozes something like a bullet wound, but that’s been a winning formula in hip-hop music since N.W.A. Plus, the production value and druggy roughness make Oxy an amazing output. There’s even a respite or two in some beautiful tracks (see “Hoover Street” and “Prescription/Oxymoron”) where Q offers some candid, halfway-sensitive insight into his personal life. If you sit and listen, you might just learn something from the ScHoolboy.

Xander is a veteran freelance photojournalist and writer. He has covered many top national and local artists for multiple local and national publications including SMI. On his spare time, he's either producing episodes of VNYLden, or tending to his vinyl collection.
Related ItemsAlbum PreviewBilly ValentineHip-HopNew Music PreviewRapScHoolbyQSeattle Music Happenings
← Previous Story Throwing Muses: Together Again At The Triple Door (Photo Slideshow)
Next Story → Walk Off The Earth brings fun and Flare to Showbox SoDo (Photo Slideshow)