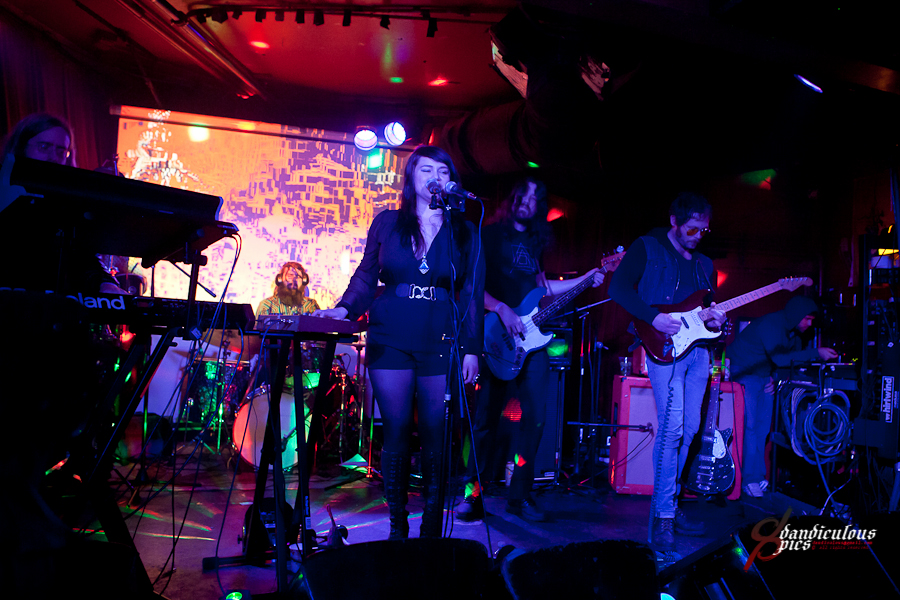 On Sunday night, Chop Suey featured the SXSW Send-Off show for Seattle locals Midday Veil, NighTraiN, and Airport. It was a fairly quiet house, being late on a school night and in competition with the Oscars, but the bands didn’t hold any punches. Well, all but the first artist, Airport, whose solo electronic set seemed better suited to a small Paradiso tent than a rock concert. Airport, a.k.a. Jayson Kochan (primarily a member of Midday Veil), is a live beat-creating experience in which Kochan seems to channel the soundtrack of TRON to mix sample after sample. It reminded me a lot of my first experience with a drum machine; making 10-minute beats that never went anywhere and became so repetitive that my whole family was driven insane by the monotony. That’s really all there was to the music of Airport; no sustainable melodies, no climax, just a constant flow of rhythm. To make matters worse, he lacked any sort of stage presence that could have potentially made up for the mundane set. Kochan remained rigid and stiff with his head down – not even bobbing his head to the beat – throughout almost the entire performance. The carrying case for his equipment, about the size of a full keyboard, had a cover that remained upright as a wall between him and the audience as he would often crouch down and hide behind it while he twisted knobs. For those of us there to report on the show, it was hard to muster any excitement. Writers and photographers all sat in the back of the club, mostly checking their phones. Imagine a professional photographer taking pictures of you as you stood in line at the DMV. That would have been more exciting than Airport’s set. Finally, almost 45-minutes later, Kochan finished and the ladies of NighTraiN were ready to triage the wounded.

NighTraiN is a fantastic merger of garage rock and classic punk with the influence of R&B/funk. The Ronettes from hell, they maintain the synchronized clapping and classic Oohs & Aahs of Motown while defiling it with tattoos and sexual innuendo. An apparent influence on the band would be The Cramps, heard in the way that their music remains dirty and haunting yet somewhat whimsical. If these girls have anything, it’s an abundance of stage presence. Bassist Selena Whitaker-Paquiet stole the show, particularly during the song “Mating Call”, with her over-the-top facial expressions and ability to bring her entire body into her performance. Simple, yet effective drum beats, mixed with a heavy guitar reminiscent of 1960s garage bands like The Sonics, give it that rock & roll attitude, while the Casio keyboard keeps the audience anchored in irony. The instrumentation is gloomy, as front woman Rachael Ferguson sings that she will put her foot so far up your ass, “you’ll have to call your sponsor.”[1] It’s an extremely engaging show that will assuredly win over fans in Austin later this month. In the words of the band, “Choo-Choo, motherf—!”

In a concert that seemed to exponentially increase in visual production as it went along, Midday Veil pulled out all the stops with a smoke machine, incense, and a psychedelic video projecting in the background. Images, ranging from spiraling colors to what seemed to be members of the Vatican, danced across the screen as the six-person band played what I can only simplistically describe as an electro-jam set. Driven by their rhythm section and synthesizers, Midday Veil seemed to mesh Chromeo with Jefferson Airplane to create a new justification for the intake of illegal substances. Unfortunately, I wasn’t in the right mind set to truly grasp what was happening. It’s one of those projects that would probably seem completely genius if you were on acid, but I wasn’t, so all I heard was a cacophony of random beats with the uncomfortable moaning of vocalist Emily Pothast sprinkled on top. The band explained that this was their first live performance after five months of being sheltered in their basement writing new material. Sometimes, staying secluded for too long can cause some separation to occur between the artist and the rest of society, and I think that’s what happened here. Midday Veil seemed more like a piece of performance art than a band. Not to say that they weren’t talented; their rhythm section was extremely impressive and created a number of rich textures for Kochan to layer Robby Krieger-esque guitar patterns over. I’m a few hair trends too young to have seen the Grateful Dead back in their heyday, but I can only imagine that if a similar movement were to take place today, Midday Veil would spearhead it. Get ready to turn on, tune in, and drop out Austin, because between these two bands, it’s going to be one hell of a ride. 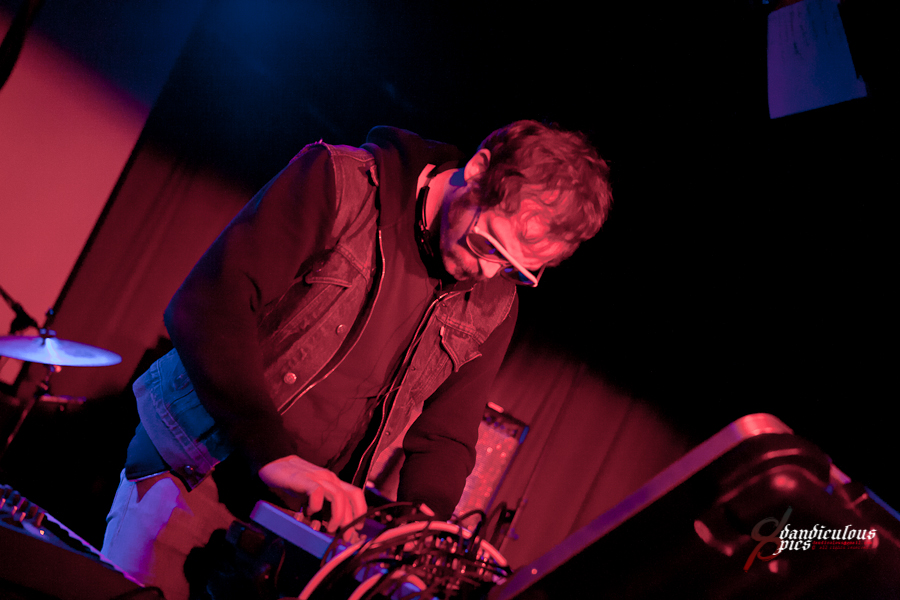 Ian is a contributing writer at SMI. He currently studies English at UW and is drummer for the local band The Mama Rags. Follow him on Twitter at @iancunn

[1] I’m not really sure what AA has to do with my rectum, though…

Ian Cunningham is often described as either an old-soul or the most crotchety twenty-something you’ll ever meet (depending on the source), Ian holds a critical eye for modern music. Idolizing Keith Richards, Warren Zevon, and Lester Bangs, his musical preferences thrive decades prior to those of his peers. Raised in Portland, OR, he moved to Seattle in 2012 to continue drumming for the indie surf band Faire du Surf as well as to pursue an English degree from the University of Washington. Though the band has since dissolved, he is the current drummer and manager for The Mama Rags. In what little free time he has, Ian is a die-hard Seahawks fan and an avid record collector; his favorite album being Those Shocking Shaking Days. This October, he will be the proud father of a baby boy.
Related ItemsAirportChop SueyDan RogersIan CunninghamMidday VeilNightTraiNSeattle Music Happenings
← Previous Story Two Nights of The Head and The Heart at The Paramount (Photo Slideshow)
Next Story → Cataldo: ‘Gilded Oldies’ release party at the Tractor Tavern (Photo Slideshow)