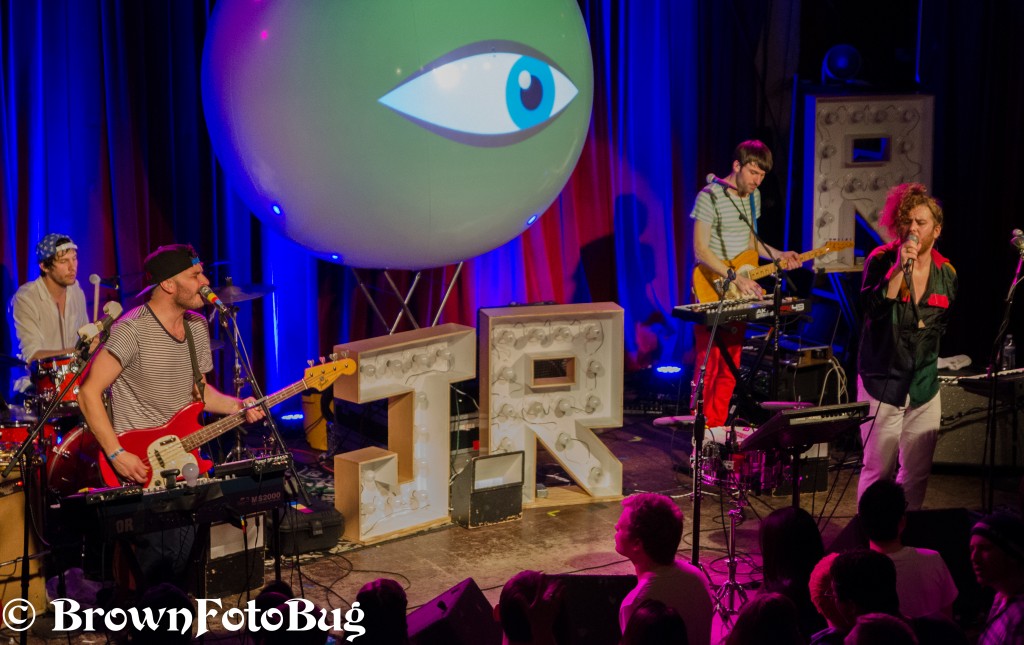 before the Indie Pop band Dale Earnhardt Jr Jr took to the Neumos stage on Wednesday March 5th, I got to sit down with Daniel Zott, Joshua Epstein and Jon Visger.  (And Potato, their very cute watch dog.)  Drummer Mike Higgins wasn’t available.  (Next time, Mike.)  These Detroit natives are pretty cool, laid back, true lovers of what they’re doing.  Picking up instruments when they were roughly 10-12 years old, these guys love to just play music.  They do things out of the box.  To me, their sound is a mix of EDM, pop, and straight up rock.  It’s fun and you can’t help but dance.  Collaborating and coming up with new sounds, beats, harmonies:  that’s what keeps these guys moving.  And yes, I want to hear them collaborate with Beck.  Make it happen, guys.

Warming up the crowd was duo Chad Valley and Pamela Martinez (of Teletextile.)  Going by simply “Chad Valley” these two had everyone warmed up about 20 seconds in their first song.  EDM isn’t that exciting to watch.  No one’s jumping off drum kits, running around the stage, and definitely not crowd surfing.  But what happened  to our ears completely made up for it!!!  The mix of computerized sounds with harmonies of Chad and Pamela with a heavy base line rattled me and everyone around me to our core.  We were literally moved by the music.

The last time I saw Dale Earnhardt Jr Jr was this past fall when they opened for Atlas Genius at the Neptune.  Their set was 23 minutes long.  I wasn’t alone in wanting more at Neumos.  A LOT of people around me were ready for a full headlining set, too.  When they finally came on stage, the crowd was about to explode.  Covering most of their hits from their album The Speed of Things, we were also treated to a few of their best hits from It’s a Corporate World, including one of my favorites “We Almost Lost Detroit.”  Other crowd favorites were “Run,” “War Zone,” “Beautiful Dream,” and “Skeletons.”

I have to include that in the middle of this stage was a huge gigantic white ball.  Different graphics played on this during the show, including a face that “sang” with the band, an eyeball watching the crowd, and some video game animation with dancing skeletons that also played drums.  But my favorite thing on the big white ball?  A camera view of Joshua while he sang and played keyboard.   It’s different things like this that set Dale Earnhardt Jr Jr apart from other bands.  They never do the same thing the exact same way.  For example, during the encore “If You See Me” Daniel sang it while dancing and jumping in the middle of the crowd on the very large dance floor.  This is what keeps these guys fresh and new.

If it didn’t feel like a party to your eyes and your ears before, then the addition of bubbles capped off the complete package of how much fun it was to see these guys finally headline a tour.  Now, for them to get to work on their next album.  And more collaborations.  I’ll be waiting!! 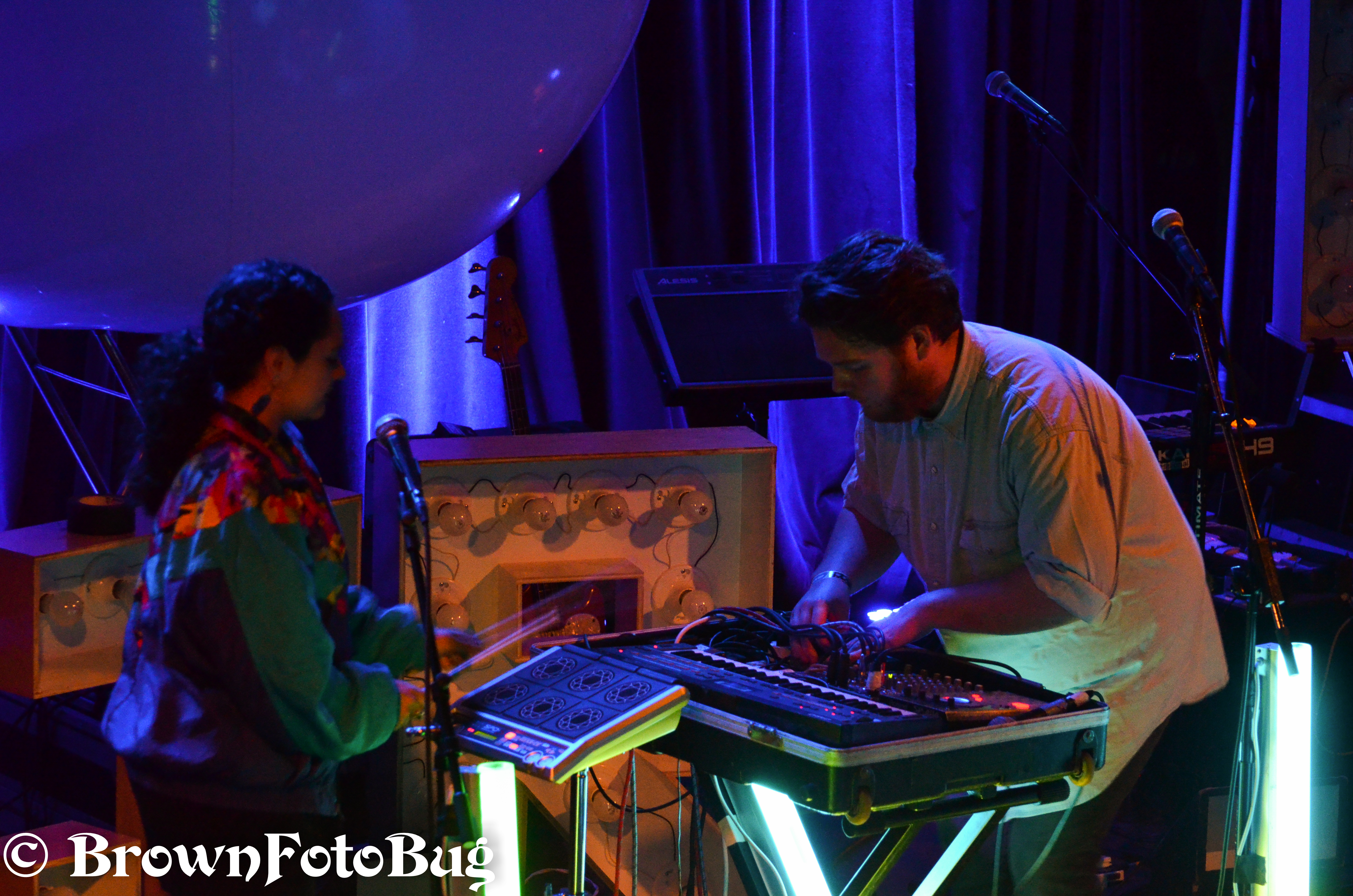 Arlene Brown is both a writer and photographer for SMI. She likes to take things one picture at a time. Covering and reviewing shows from Soundgarden, The Proclaimers, Lorde, The Head & The Heart, to Hank3, Bob Log III, New Politics, Black Joe Lewis, Grouplove, including local and national rising bands and more, she truly loves to try to get that perfect shot. Looking for that raw emotion, energy, power that only live music can deliver, she captures the essence of a show in her own unique style.
Related ItemsArlene BrownChad ValleyDale Earnhardt Jr JrNeumosSeattle Live MusicSeattle Music Happenings
← Previous Story Walk Off The Earth brings fun and Flare to Showbox SoDo (Photo Slideshow)
Next Story → Cataldo: ‘Gilded Oldies’ release party at the Tractor Tavern (Photo Slideshow)