Toadies, Supersuckers, and Battleme: a.k.a things tossed around at El Corazon

By Christine Mitchell on April 1, 2014@Housetornado37 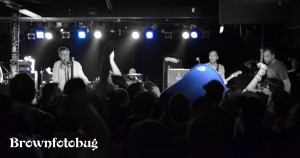 “Enthusiastic” would be the polite, yet lame way to describe the crowd at the Toadies/Supersuckers/Battleme show at El Corazon. “Flagrantly chaotic” would be a better fit, though. Or, perhaps “drink-tossingly, recycle bin-wieldingly insane.” Yeah, I like that best. No matter how you put it, this show was a beast, and in every way I attribute it to the music. If you build it, they will mosh the crap out of it.

Portland’s Battleme turned on the heat at the venue (that is to say, the body heat in El Corazon, which makes it the toastiest venue in town),  their rock sound honed with a dreamy edge. Lead singer Matt Drenik (who masterminds Battleme, both writing and playing all instruments on their albums), has a sexy stage presence. He reminds me of a hairy ’70s-era Pete Townshend, with his blue eyes and dark hair shagging all about. He even had a slight Townshend-esque swagger, although he was playing an SG instead of a Strat. Lead guitarist JJ Eliot was great fun to watch; between his theatric noodling and Eddie Van Halen solo-faces, there was a lot of masterful playing going on. Bassist Chad and drummer Pauli balanced things out, and Battleme was well-received by the crowd. Their latest album, Future Runs Magnetic, was just released this month and is worth a look-see.

Supersuckers were up next, and there were no surprises there. I’ve seen the ‘Suckers more times than I care to count, and their shtick, if you’ve seen it before, hasn’t changed much. But then again, if it ain’t broke, why try to fix it? The band held the crowd’s interest with straight-ahead rock music about rock music, drugs, and good ol’ Satan, always hilariously tongue-in-cheek. Eddie Spaghetti was decked out in his customary cowboy hat and sunglasses (and now-customary luxuriously full beard…which I find a bit creepy). He kept goofily promoting the band’s new album, Get The Hell. Dan Bolton and his Gold Top rocked it out, and he traded solos with Marty Chandler while drummer Captain Von Streicher thumped the drums and sprayed water or sweat all over the place. I still think of Marty and the Captain as ‘the new guys’, but they admittedly do an awesome job of filling Ron Heathman and Dancing Eagle’s shoes. And although they were opening for the Toadies, the Supersuckers still fit in their fake encore and set ending with the tried and true “Cowboy Song” that segues into “Born With a Tail” and hundreds of middle fingers in the air.

By this time, El Corazon was getting sweaty and full. Shoulders rubbed against shoulders, and when  Toadies finally came on and began to play, those shoulders became weapons as a mosh pit formed in the wink of an eye. Thank goodness I was on the second level; I enjoy a good mosh pit from time to time but this one was a little over the top. In the first five songs I saw about twelve drinks with ice chucked into the air, a crowd surfer, and one huge recycle bin that was also (I guess) crowd surfing and flying around until a very tall security guard walked it off to the side. A photographer, who had been up against the stage, tried to make it out of the chaos with her gear held above her head. It was hard to watch as she was pummeled from all sides. In contrast to the wackos on the floor, the band seemed nearly non-emotive if you weren’t listening to the music. They pretty much stuck to their spots on the stage and rocked it out. It was the sound that they were producing that incited all of the thrashing. When “Possum Kingdom” started, I wondered whether the insanity was going to take out El Corazon’s ever-loving stage pole. (As an aside, don’t “Possum Kingdom’s” lyrics remind you of old murder ballads)? But “Possum Kingdom” was probably one of the lightest songs of the set, as lead singer Vaden Todd Lewis screamed his way through many very hard, very grungy punk tunes that owed a debt to Pixies. Toadies are touring in support of the 20-year anniversary re-release of Rubberneck, and if the sweating, shoving crowd was any indication, it was a much loved album. It felt good to get out into the fresh air and away from the girl who was pressed up against me and had wandering hands. But, it was also a great feeling to have been part of that crowd-think for a while. If you are a show-goer such as myself, you know what I mean. It’s like a drug, and I got a good slug of it tonight, in several senses of the word. 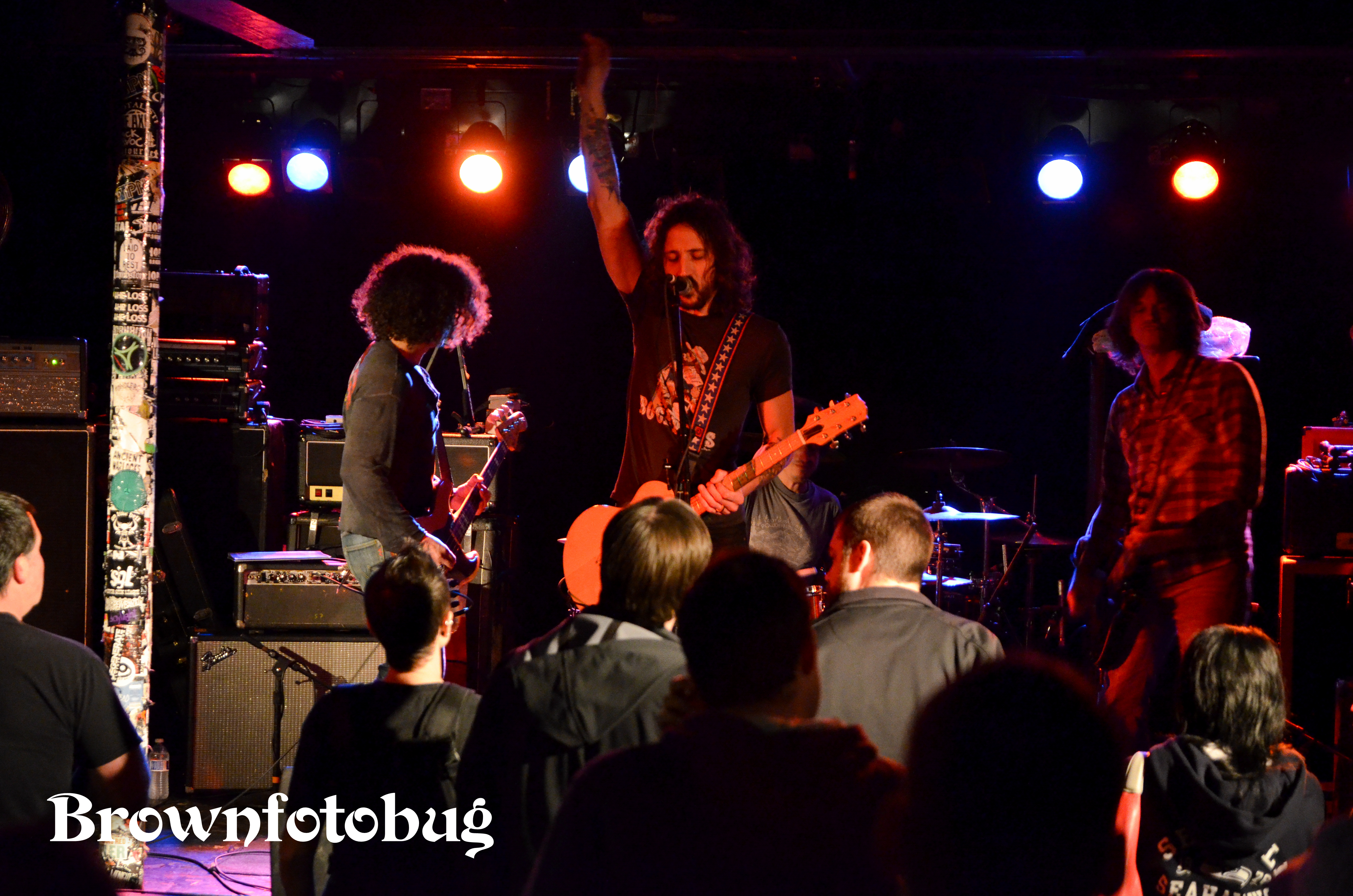 Christine Mitchell has been poring over album liner notes pretty much since she acquired the skill of reading, and figured out the basic structure of rock songs at an early age. Whether it’s the needle popping into the first groove of the record, the beeps that signal the beginning (or end) of a cassette tape, or digital numbers ticking off the seconds from zero, music brings Christine happiness, ponderous thought, opportunities for almost scientific study, and sometimes a few tears. When she started attending live shows two decades ago, a whole new piece of the puzzle clicked in and she has been hooked ever since.
Related ItemsArlene BrownBattlemeChristine MitchellEl CorazonSeattle Music HappeningsSupersuckersThe ToadiesWonder Twins
← Previous Story St. Vincent mesmerizes The Moore (Photo Slideshow)
Next Story → The War On Drugs at The Neptune Theater (Photo Slideshow)