Fox and the Moondog Matinee doin’ their thing around the sound 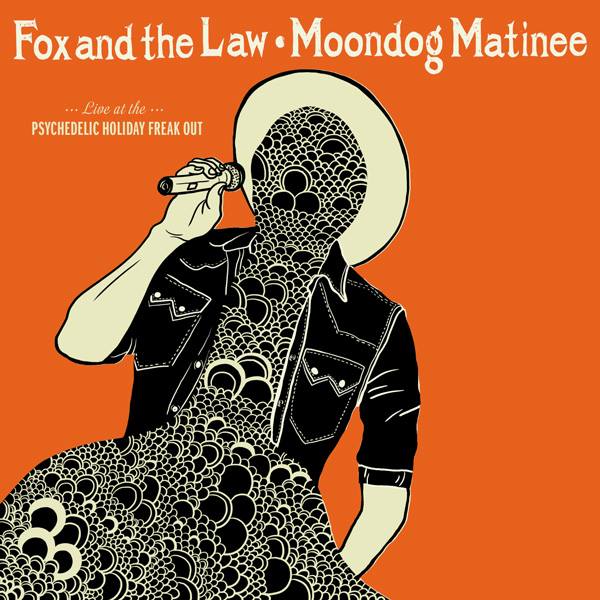 If you haven’t already, meet your two new favorite bands: Fox and the Law & Moondog Matinee.

Fox and the Law live somewhere between Ty Segall’s garage and the old No Wave bands of New York. The Seattle band’s first two albums Scarlet Fever and Empty Cases both push an urgent message of garage/punk rock that was well-received by critics. Currently in the making of their third album, the band has been heavily touring and using their extra time to help promote lesser-known bands in our local music scene. Last year, lead singer Guy Keltner, and an assortment of friends, launched a musical collaboration called FunkFarm. Much of what FunkFarm has been up to includes a series of live performances from Northwest bands called “Fresh from the Farm”[1] but maybe their most well-known act in the Seattle scene thus far was December’s Psychedelic Holiday Freak Out festival: 2 days, 38 bands. One of the biggest stars to emerge from the festival was Reno, Nevada band Moondog Matinee.

Taking their name from an album by The Band, Moondog Matinee shares a lot in common with the classic Last Waltz rockers: they’re a five-person band, have fantastic stage presence, and their bassist looks eerily like a young Rick Danko. A performance of their song “Gold” at the Freak Out captivated the audience with a seductive dance shared by Moondog front man Peter Barnato and The Grizzled Mighty drummer Whitney Petty. In just one night, Moondog Matinee quickly won over Seattle listeners, hoping for a quick return to the Emerald City.

Jump forward almost five months and Moondog Matinee is finally back and touring the Northwest in their refurbished school bus. This weekend, both bands are playing a series of dates to celebrate the release of their split live EP Live at the Psychedelic Holiday Freakout, featuring introductions by Brent Amaker. If you missed Moondog Matinee back in December, don’t let the chance to see them pass by again. Both Moondog Matinee and Fox and the Law will be playing a series of three shows around Washington starting tonight. Their styles of rock & roll may be somewhat different, as one leans towards the country and blues while the other towards punk angst, but one thing is certain: this short tour is going to be one hell of a ride.

Ian Cunningham is often described as either an old-soul or the most crotchety twenty-something you’ll ever meet (depending on the source), Ian holds a critical eye for modern music. Idolizing Keith Richards, Warren Zevon, and Lester Bangs, his musical preferences thrive decades prior to those of his peers. Raised in Portland, OR, he moved to Seattle in 2012 to continue drumming for the indie surf band Faire du Surf as well as to pursue an English degree from the University of Washington. Though the band has since dissolved, he is the current drummer and manager for The Mama Rags. In what little free time he has, Ian is a die-hard Seahawks fan and an avid record collector; his favorite album being Those Shocking Shaking Days. This October, he will be the proud father of a baby boy.
Related ItemsBrent AmakerConor ByrneFox and The LawFresh from the FarmFunkFarmIan CunninghamLe VoyeurMoondog MatineePsychedelic Holiday Freak OutSeattle Music HappeningsThe Manette
← Previous Story SMI New Music Preview: Kylie Minogue – Kiss Me Once
Next Story → SMI New Music Preview: Rick Ross ‘Mastermind’ (Full Album – You Tube)