Record Store Day 2014: it was amazing (in my imagination)

By Christine Mitchell on April 22, 2014@Housetornado37 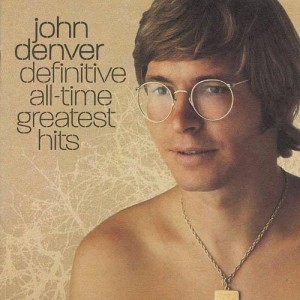 I slid into a groggy awareness on Saturday morning. I rolled over, stretched out my neck, and slitted my lame-ass eyes open to read the clock. It was 9:35 a.m..

“Crap,” I thought. “I bet people are already lined up outside the doors. That Mudhoney record will never be mine.” I rolled back over and dozed back off with a sad frown. And so began my RSD ’14, which was really just another day of parenthood.

There was a time when I would drag the future father of my children through every record store between Marysville and Portland, and he’d do his best to help out. But he’d always end up just sort of . . . hanging out, as I obsessively searched every nook and cranny of each lovely music oasis for my new favorite gem. I decorated my living space with posters rummaged from the free poster bins. I even collected cassingles. CASSINGLES.

Record Store Day was tailor-made for someone like me. I can see myself standing there, lined up at Silver Platters or Sonic Boom, or figuring out how to clone myself to be at both at the same time, eating a stack of Eggo waffles, and maybe a banana for sustained stack-searching energy. It’d be 9:35 a.m., and I’d be double-checking my list of wants (NEEDS) and cross-checking that against the store layout and my projected time-splits for aisle-racing. And, when the doors opened, I’d snag that Mudhoney on the needle, and the Mudhoney 7″, and that PIXIES 7″ with the surprise track, and maybe even the Muppet Movie Soundtrack (I probably hosed the one at my parents’ house by playing it on the Fisher Price). I’d find other fun, cheap things. Maybe that John Denver album where he looks naked. And I’d go home and play them all, or at least part of every one because they’re meant to be used, right? Because they sound warm. I’d jump up and down and smile and laugh. Pure joy.

But that didn’t happen.

I didn’t even tell my husband that I wanted to go because I knew it was already a lost cause. I DID make a list; but it was in my head as I pored over the list of releases on the RSD website. The week of RSD was one of those hell weeks, however. You know, the kind that tries to kill you. There were baseball practices and baseball games and Girl Scout meetings to co-lead; and also the school-wide art show that I had been working on all year as co-chair. That Saturday morning sleep-in was mandatory; it was do or die. And there was another baseball game that Saturday. It poured down rain during the game; I mostly watched from the van as my son froze his little paws off and I became increasingly morose over the fact that I wasn’t at Bop Street or Easy Street. I wrapped my son in a blanket after the game and we drove home.

“Are you okay?” my very nice, concerned hubby asked me. “What’s wrong?”

“It’s been a hard week,” I told him. Which was the truth, but I was mostly thinking of lost vinyl opportunities. I was staring at my Facebook feed and Xander‘s photos of the massive haul he and Janice had carted home from their RSD adventures. I was feeling bitter and my vision was darkening. Then a little light went on in my brain. My son’s birthday was on Monday and he had requested a rock collection.

I Yelped a rock and gem store that was closest to my nearest RSD store, Vortex Music & Movies in Kirkland. I mentioned this to no one.

My daughter and I took the van and headed south. I casually told her that I needed to make a stop on the way. It was 3 p.m..

I hadn’t been to Vortex. It’s actually a cute, tiny little shop in the Totem Lake area, and they were blasting out The Who‘s Tommy as we entered the store. “We’re on our own, cousin, all alone, cousin” I sang along to my daughter, who looked at me in the way that embarrassed ten-year-old girls do. I was getting hopped up. We squeezed ourselves in and I started flipping through the stacks. I found nothing.

Another customer popped in and pointedly asked the owner about RSD releases and I turned my ear that way. “All we have left are these two here on the counter,” the owner said. I sidled over. The only one I recognized was a Sub Pop Pissed Jeans release. I wasn’t interested in that for many reasons, but mainly because I didn’t want to embarrass my ten-year-old even more by making her read the words “pissed jeans.”

My spirits plummeted; I found Nilsson Sings Newman on vinyl and held it for five minutes before glumly shoving it back in its spot and walking out.

You have to be on top of your game on Record Store Day. I knew that, and I know that. But I have this recurring dream where I find the most amazing things at the record store, and that’s why I keep my hopes up. Next year will be different. I’m sure of it. RSD ’15 is the year for me. In the meantime, I’ll be training up. You’ll find me there at the store. I’ll be the one timing my sprints down the aisles and bench pressing stacks of LPs. I’ll win . . . next time.

Christine Mitchell has been poring over album liner notes pretty much since she acquired the skill of reading, and figured out the basic structure of rock songs at an early age. Whether it’s the needle popping into the first groove of the record, the beeps that signal the beginning (or end) of a cassette tape, or digital numbers ticking off the seconds from zero, music brings Christine happiness, ponderous thought, opportunities for almost scientific study, and sometimes a few tears. When she started attending live shows two decades ago, a whole new piece of the puzzle clicked in and she has been hooked ever since.
Related ItemsBop Street RecordsChristin MitchellEasy Street RecordsJohn DenverMudhoneyNewsNilssonPixiesRecord ReviewsRecord Store DaySilver PlattersSonic Boom RecordsThe Who
← Previous Story Kiss the Sky! Press Conference at EMP (Photo Slideshow)
Next Story → Ellensburg Film Festival: Actor Craig T. Nelson Comes Back To His Old Stomping Ground