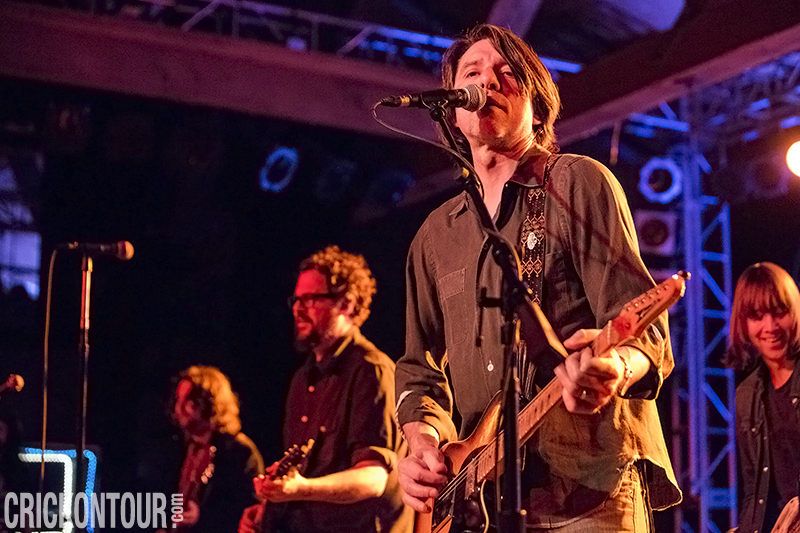 The word of the day is “y’all”

I should start by confessing that I’ve never really listened to the Drive-By Truckers.  I own a few of their albums, but I honestly can’t name any of their songs[1]. I’m sure this concert might have been a completely different experience if I had come into it with the lens of a fan boy but alas, I have no such bias and it seems that I’m not in the right age demographic to really jump on the Truckers’ bandwagon.

It’s never a good sign when I leave a show with more to say about the opening act than the headliner. Shovels & Rope, a South Carolina husband and wife duo, carry an air like the Appalachian White Stripes. Their sound is simple – consisting primarily of a guitar and a stripped down drum kit though they would add harmonica, keyboard and tambourine for variety – and their performance is carried by theatrics more than composition. In a summer dress, covered with a jean jacket, and made up with her fluffy blonde hair, Cary Ann Hearst could easily lead you to believe that Dolly Parton had taken to the drums. Her husband, Michael Trent, who fit the image of a southern rocker with his thin mustache and trucker hat,  pumped out electric guitar solos with distortion effects reminiscent of Jack White himself. The music of Shovels & Rope jumps between a number of southern white music traditions with each song. One minute it is hard-hitting garage rock, then country with a little bluegrass flavor, followed by a more mainstream folk sound similar to The Lumineers or The Belle Brigade. It’s everything Nashville has to offer, all packaged with slight variations of the same wrapping paper. I’m calling it “Garage Country.” The songs aren’t bad, and they fit well within the country form, but Shovels & Rope runs into the same limitations as any contemporary duo; there is just not enough sound depth to fill the space and it often feels empty.

The main shtick for Shovel & Rope seemed to be switching instruments constantly. One minute he would play electric guitar as she was drumming, the next she would pull out a keyboard and he would take the drum sticks. Neither Hearst nor Trent is a particularly talented drummer, and they don’t do a great job of harmonizing, but they both carry a fantastic stage presence[2], exuding southern hospitality. If they broadened the family band a bit, and added a bassist and bona fide drummer, I think it would easily set them apart from the CMT chart-topping garbage. In this genre of southern rock, their music is comfortable in both the local sports bar right off of highway whatever, and on the main stage in Seattle.   These two were tremendously well received in a town not particularly noted for its appreciation of music originating in the sweet tea states. By the end of the set, and early into Drive-By Truckers, a surprising number of audience members were already on their way out the door, having seen all that they’d come for. We’re living in an era of appreciation for commercial folk, and I predict Shovel & Rope will continue to benefit from that appeal.

There are two types of people in the Northwest who wear flannel: hipsters[3] and those lovers of John Deere who live in the more rural areas of King County. Drive-By Truckers provides the anthem for this second demographic, and it seemed only fitting that Showbox SoDo is located right across the street from the main Filson store. Judging by the imagery evoked by their name, their vocal appreciation for Lynyrd Skynyrd, and their classification as “southern rock”, I assumed Drive-By Truckers would have a style along the lines of Kings of Leon or a Credence Clearwater Revival… revival. Instead, they turned out to be more along the lines of dad rock bands like Wilco, with a hokey stage presence similar to Almost Famous’ Stillwater. All I could focus on for most of the show was their newest member, bassist Matt Patton’s incredibly goofy smile and shaggy persona, which would have been right at home in Badfinger or The Osmonds of the seventies, as he smiled from ear to ear during every solo. Unfortunately, beyond his stage antics, the band did little to exude excitement. Though I haven’t listened to their albums, just based on this show I suspect the rest of their material must use the same guitar solo-driven formula.  Most of these solos are fairly stale. They are a band in their 40s and 50s who, for most of the last decade and a half, flew under mainstream radar. Opening with the first track off their new album English Oceans, “Shit Shots Count,” the show started right off with a very upbeat blue-collar feel, reminiscent of songs like “Fortunate Son” and “The Boys Are Back In Town”, but never escalated from there. The only noticeable change in audience energy resulted from calculated lighting tricks, while the music remained nearly unchanged. Despite coming from an area of Alabama defined by the Muscle Shoals era, and the beautiful funk and soul it produced, none of this seems to have worn off on the band. Niether front man, Patterson Hood and Mike Cooley, seemed to fully recognize their role as the faces of a rock band. As far as their musicianship is concerned, the band is undoubtedly talented; they just provided an overall lackluster performance with fairly bland compositions. I’m in favor of any concert in Seattle that gets a large audience excited for southern rock. Hell, I play in a band that’s trying to get people in Seattle excited about southern rock. But Drive-By Truckers seems to piece together all of the handed-down clichés of rock song structure without adding any new excitement or depth. It’s not the evolution of southern rock that I hope for, maybe someday there will be a versatile rock band that finally appeals to my generation instead of my parents.

[1]Except those I had to Google for this article.

[3] Or really at this point, just every college kid you know 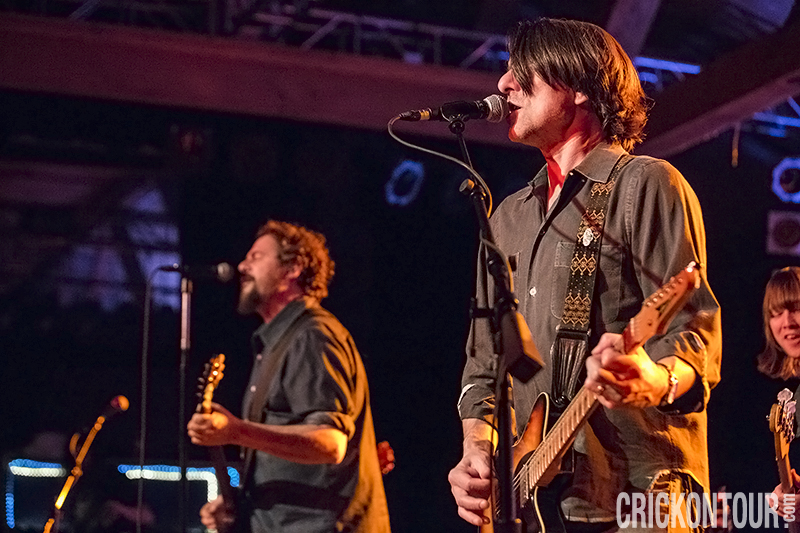 Ian Cunningham is often described as either an old-soul or the most crotchety twenty-something you’ll ever meet (depending on the source), Ian holds a critical eye for modern music. Idolizing Keith Richards, Warren Zevon, and Lester Bangs, his musical preferences thrive decades prior to those of his peers. Raised in Portland, OR, he moved to Seattle in 2012 to continue drumming for the indie surf band Faire du Surf as well as to pursue an English degree from the University of Washington. Though the band has since dissolved, he is the current drummer and manager for The Mama Rags. In what little free time he has, Ian is a die-hard Seahawks fan and an avid record collector; his favorite album being Those Shocking Shaking Days. This October, he will be the proud father of a baby boy.
Related ItemsAlex CrickCountryDrive By TruckersIan CunninghamSeattle Love MusicSeattle Music HappeningsShovels & RopeShowbox SodoSouthern Rock
← Previous Story Brent Amaker and The Rodeo Live at The Triple Door (Photo Slideshow)
Next Story → Ayron Jones and the Way Rock and Awe the Tractor Tavern (Photo Slideshow)