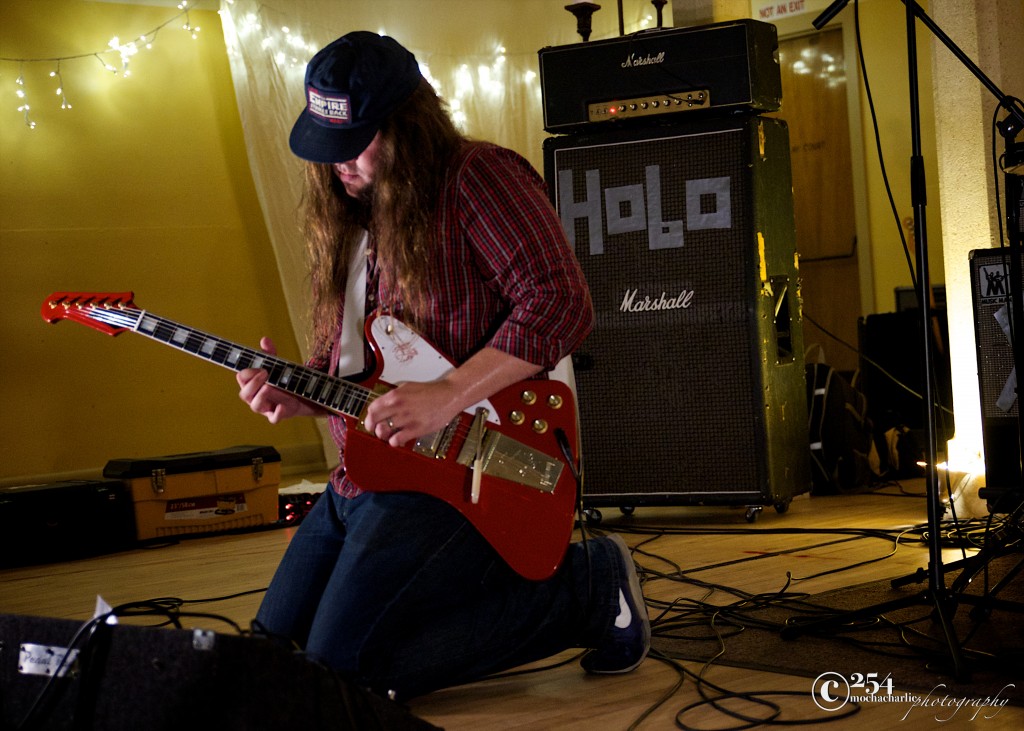 Chinookfest may not be until September, but last weekend the ladies from Seattle Secret Shows presented a line-up of four of the featured bands in North Seattle that will grace the stage at this year’s festival in Naches, Washington. SSS is the offspring of the Seattle Living Room Shows, both of which are run by sisters Kristen & Carrie Watt. After five years of SLRS, they decided to organize “surprise” shows, where most times, guests of the show don’t know the line-up until the show begins. Often, these shows need to be kept secret, as national and international artists cannot announce a show due to booking restrictions and “blackout dates.” SSS shows still take place in non-traditional rooms where the quality of music is not compromised by surrounding noises. Music and stories are shared throughout the evening, and fans get a more intimate performance than is found at other venues in the city and beyond.

Rust On The Rails, a fairly new project (this was only their third performance together), started off the night. They are comprised of Cody Beebe and Eric Miller (Cody Beebe & The Crooks), Blake Noble, Tim Snider and  Scott Mercado (Candlebox). The group ended up on stage at last year’s Chinookfest, playing together with no prior practice, and thought it was fun. Thus began ROTR. Although they don’t often find themselves in the same state, or even the same country, these seasoned musicians sound as though they were just meant to play together. They can jam with no vocals, or add them in as they extend the song. Beebe’s lead vocals are amplified, while the 12-string guitar of Noble strums and beats in time. The electric violin skills of Snider are mesmerizing, creating a synthesized melodic strum. Miller’s bass and Mercado’s drums give off low progressive sounds and perfectly timed beats to round out the band’s sound. Unfortunately, they have yet to record any tunes, so the only way to hear their music is to see them at a show. In addition to playing a few scattered dates this summer and their (what some might refer to as their first anniversary show) set at Chinookfest, they also plan on spending nearly a month playing shows in Australia (in and around Noble’s home town on Byron Bay) later this fall.

SweetKiss Momma, a revival root rock band from South Puget Sound led the crowd into a hand-clapping, foot-stomping frenzy with their high energy set. As winner of the Seattle Wave Radio Jammin’ Challenge 2013, they’ve played their share of local gigs and festivals since their debut in 2000. Although taking a nearly four-year recording hiatus from their debut CD, Revival Rock, their sophomore CD, A Reckoning Is Coming, was released in March. Their sound has been compared  to Lynyrd Skynrd, The Black Crowes and The Allman Brothers Band. They recently signed some booking deals that will bring their music across the pond to perform in some European cities in early 2015. Stay tuned to their website for exact dates and venues.

When Vaudeville Etiquette took the stage, they really got the crowd in the mood to dance.  They felt that the location looked like it could hold a senior prom, so they made sure couples paired off to shake, rattle, and roll.  They played songs off their April debut CD, Debutauntes & Dealers. Their multi-instrumental root rock, jazz, swing, country, folk sound is quite unique. While lead vocals are shared by Bradley Laina and  Tayler Lynn, Laina concentrates on rhythmic and heart-pumping guitar strums and harmonica blasts. Lynn not only belts out stellar vocals and shakes the hell out of a tambourine, she she also plays the  kazoo and accordion during their live shows. They have multiple dates for shows throughout the summer, and if you get out to see them, be sure to bring your dancing shoes!

Hobosexual, the duo of Ben Harwood (guitar/vocals) and Jeff Silva (drums) rounded out the evening with a pure rock set. When you hear, “when you forget your slide, you compromise,” coming from the stage and then you see a musician pick up an empty bottle of beer to use as a slide, you know that’s pure rock & roll. The band themselves described the evening as, “a free-floating, full-torso, vaporous apparition.” Guitar and drum solos were plentiful, as were head banging and hair flipping. Hobosexual II was released last winter, and make up one of four EP’s the band has produced since 2011.

Chinookfest tickets sold out last year well before the gates opened. If you are still interested in attending this year’s festivities September 12-14, you can check out ticket availability HERE.

As for the next Seattle Secret Show, they have yet to announce one. The next Seattle Living Room Show is August 1 and will feature LA-based musician Shane Alexander, and Eastern Washington-based Planes On Paper. Tickets are available ONLINE ONLY HERE. If you’d like to be the first to know about the next SSS,  email them at seattlesecretshows@gmail.com. For SLRS shows, you can email them at seattlelivingroomshows@gmail.com. 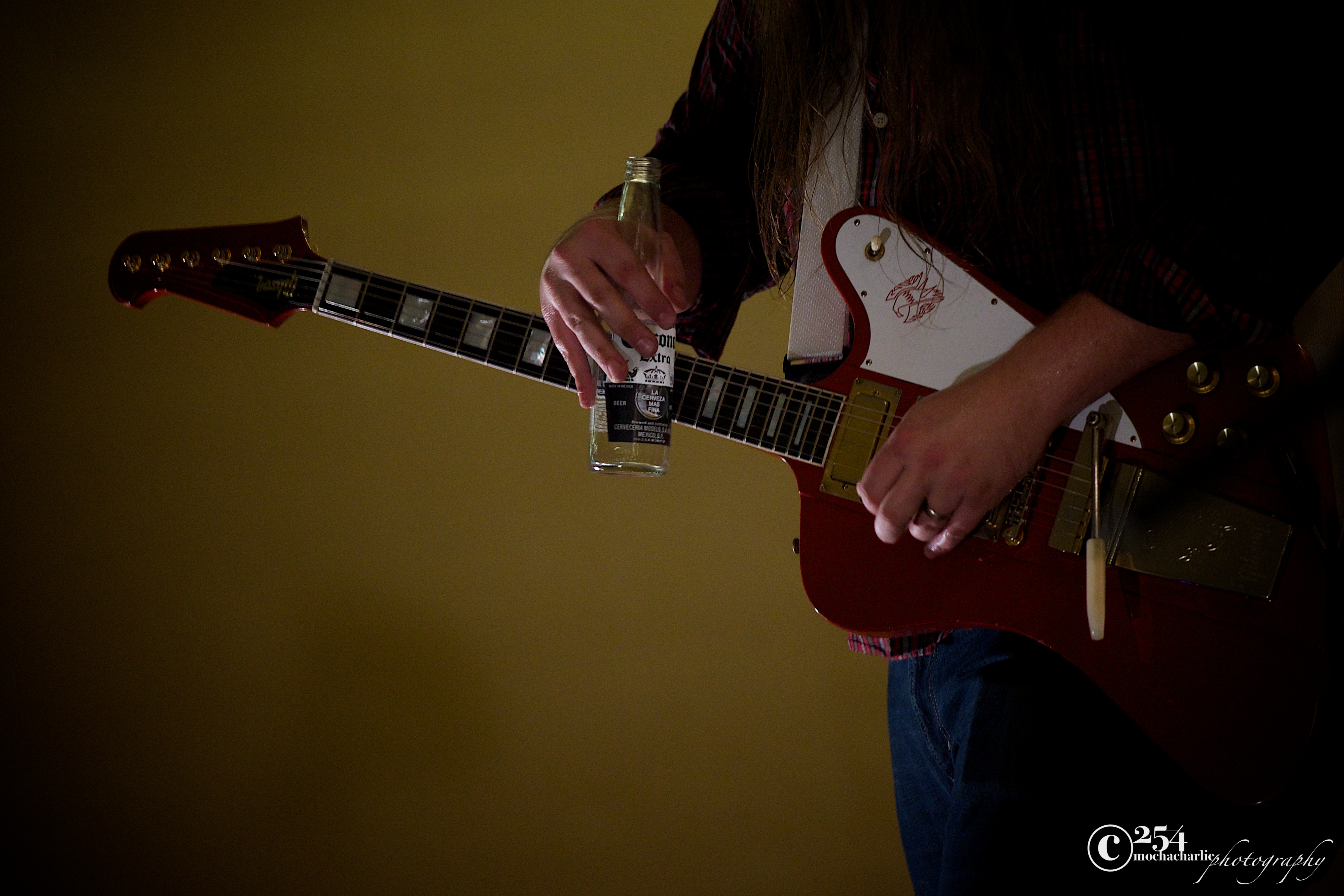 Mocha Charlie is an amazing photographer who has a real passion for music. She covers and shoots several shows per month in and around the region. She a brilliant photo journalist but most importantly, she is also a mother who does her best to balance out her life and live it to the fullest. Mocha Charlie uses her passion and talent to support the community, her friends and family any way that she can.
Related ItemsChinook FestHobosexualMocha CharlieNewsRust on the RailsSeattle Music HappeningsSeattle Secret ShowsSweetKiss MommaVaudeville Ettiquette
← Previous Story SMI New Album Review: World Peace is None of Your Business by Morrissey
Next Story → 20,000 Fans Turned Back Time With Journey, The Steve Miller Band & Tower of Power