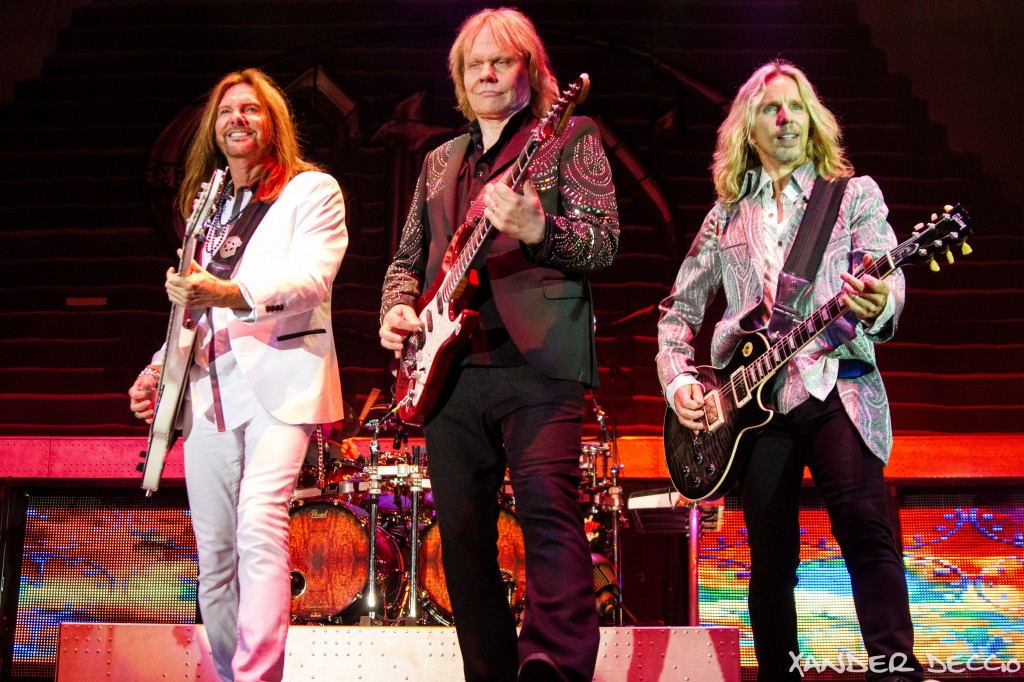 Two iconic ‘70s rock bands transfixed a sold-out crowd of mostly baby-boomers at Goldendale’s Maryhill Winery on August 2. Foreigner and Styx, as part of their Soundtrack of Summer Tour, impressed with musicianship born of years of experience, performing spot-on versions of their significant megahits, now staples of classic rock radio.

While original vocalist Lou Graham has long since left Foreigner as their front man, lead singer Kelly Hansen, who joined the band in 2005, proved more than capable of delivering vinyl-worthy renditions of the classics. The crowd was on their feet with the opening chords of “Double Vision.”

When Hansen addressed the enthusiastic amphitheater crowd with a hardy “Hello, Goldendale!” the crowd responded with puzzled looks, laughs and murmurs. Kidding, he quickly acknowledged the Oregon and Central Washington fans. “I know, no one is from Goldendale here.”

As the crowd laughed, he added, “It’s hot here, but a perfect place for a concert. Now, we need you people with the best seats to get off your asses!” And the crowd stood for the rest of the show.

“Cold As Ice” featured plenty of crowd participation vocals and an extended organ solo by Michael Bluestein, a veteran keyboardist who studied at Boston’s Berklee College of Music and has played with Boz Scaggs, Stevie Nicks and Jimmy Kimmel’s house band.

Hansen observed that there were some “unbelievably beautiful women” in the audience. “So, how many crazy women do we have out there?” he asked, which received a rousing response and ushered in the introduction of the next hit.

“Well, there are some ‘dirty white boys’ on stage!” he yelled. 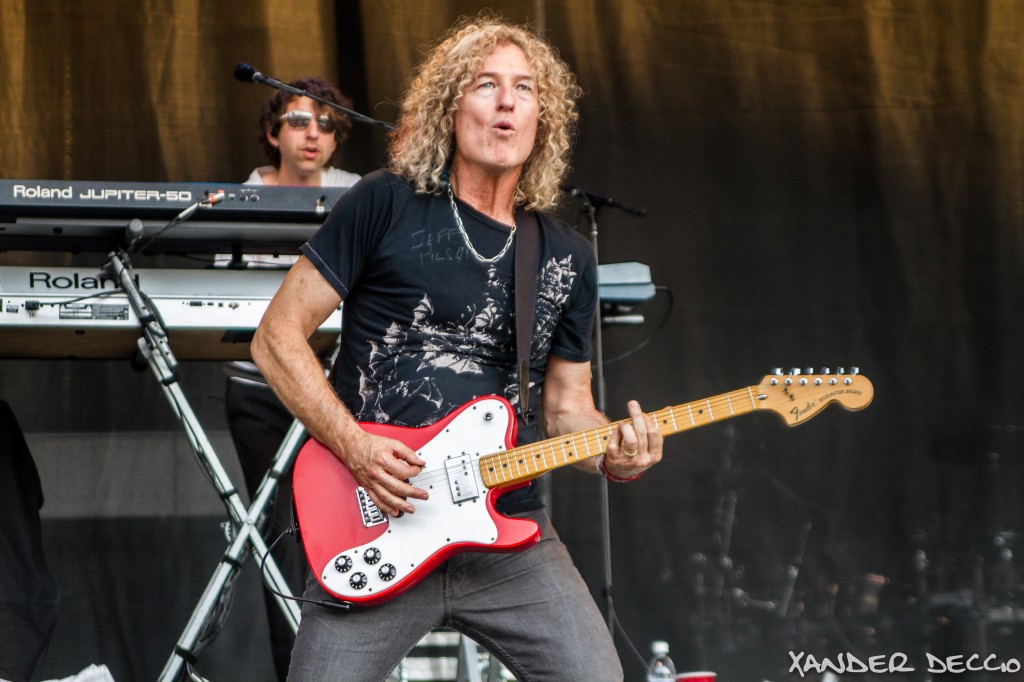 Another Berklee alum, Tom Gimbel shined on the flute (“Say You Will”) and with a screaming saxophone solo (“Urgent”). Bassist Jeff Pilson, best known for his work with the band Dokken, delivered throughout the evening’s performance, also impressive on “Urgent” and “Say You Will.”

Of course, band founder and Songwriter’s Hall of Famer Mick Jones was a tour de force, especially on his guitar solos during “Jukebox Hero” and “Hot Blooded.” Fellow guitarist Bruce Watson, drummer Chris Frazier (who has played with Steve Vai, Edgar Winter and Eddie Van Halen, to name a few), and Bluestein were commanding during “Jukebox,” as well.

The band’s encore song was the megahit “I Wanna Know What Love Is,” which featured a backing choir comprised of Goldendale High School students.

Styx opened their set with the prog-rock anthem from their breakthrough album of the same name, “The Grand Illusion.” Like Foreigner, Styx delivered a high-energy show, featuring flawless musicianship and soaring vocals.

“What a beautiful place for a rock show,” vocalist and axeman Tommy Shaw echoed Foreigner’s earlier appraisal of the venue. At almost 60 years old, Shaw looks and moves like a much younger man. He and original member James Young owned the stage during classics like “Renegade” and “Blue Collar Man,” to the delight of the appreciative fans. During the anthemic “Light Up,” Young encouraged everyone to “Light Up” with their cell phones, immediately creating an ethereal glow in the packed amphitheatre.

Lawrence Gowan, who replaced Dennis De Young  in 1999 as the group’s most theatrical member, held court during his solos. The keyboardist delivered classic Styx moments, from his impressive keyboard work on “Fooling Yourself,” to rousing vocals on “Come Sail Away.”

And, for a few glorious hours under the stars, the Maryhill Amphitheatre audience did “sail away,” transported back to the ’70s. 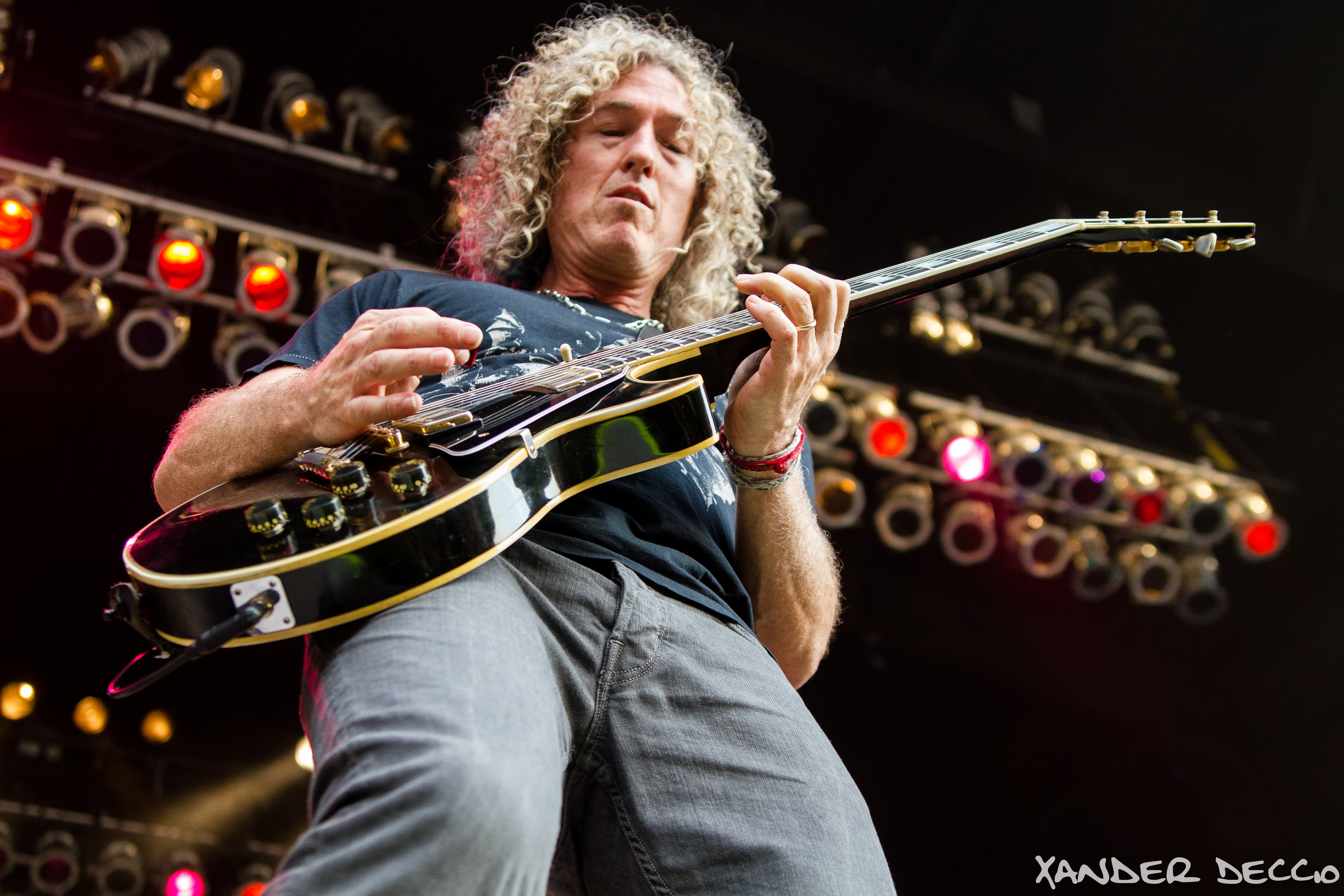 Janice is the managing editor for SMI. She has 30 + years experience in the field, and is an audiophile as well. She holds a BA in journalism from Central Washington University and a Master’s from the University of Washington. She currently works as a communications and event planner. She has performed as a coloratura soprano with the Yakima Light Opera Company and the Warehouse Theatre Company. She has fronted several classic rock cover bands for fun, and enjoys all genres of music.
Related ItemsClassic RockForeignerGoldendaleJanice DeccioLive MusicMaryhill WineryMusicPhotographySeattle Music HappeningsSoundtrack of the SummerStyxWAXander Deccio
← Previous Story Sara Bareilles brings “Little Black Dress Tour” to Marymoor (Photos)
Next Story → Arcade Fire Lights Up the Gorge (Photos)