By Christine Mitchell on August 26, 2014@Housetornado37 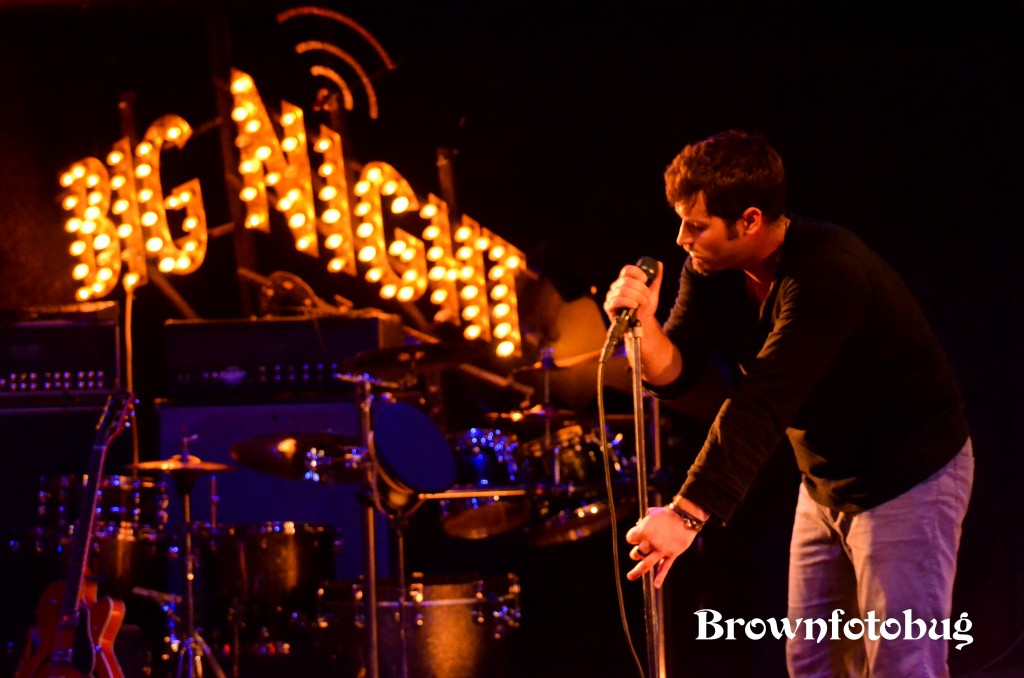 Born of Ghosts at The REC Room (Photo by Arlene Brown)

Chip Butters is a big deal. After ten years as chief of production at Columbia City Theater, during which he installed a complete recording studio, and a good chunk of time at Robert Lang Studios as chief engineer, working with bands such as Soundgarden, The Posies, R.E.M., Heart, and The Foo Fighters, he relocated to Everett and built ButterSound Studios. This is more than a big deal to the burgeoning scene in Everett. With the growing strength of the Everett Music Initiative, which has been promoting Everett venues such as The Cannery and debuted The Fisherman’s Village Music Festival last May (see SMI’s coverage here), musicians, concert-goers, and most likely industry types will be turning their gaze from Seattle up north.

Buttersound Studios is ensconced within The REC Room, which is the exclusive performance space where Born of Ghosts‘ album release party took place. In a word, the basement room is delectable, from the leopard-print carpet luxuriously coating the stage to the multiple overstuffed leather couches strategically placed amidst rolling office chairs and desks. There was a kitchen with a keg, and saran-wrapped theatre popcorn in Solo cups placed thoughtfully here and there. Each attendee received complimentary copies of the three performing bands’ work, two recorded at ButterSound Studios. With all of the pampering it was easy to relax . . . only to be soon jumping out of your seat as the music kicked in.

Shark The Herald may be just a year old as a band, but their musicianship was solid as they started the night off. Their sound is that of epic rock, and Soundgarden is an easy comparison when you hear the mega-riffs coupled with lead singer Kirk’s Chris Cornell-esque voice, yet the music comes off slightly messier . . . almost with a touch of The Grizzled Mighty tossed in there. SMI were treated with a copy of recordings in progress at Uberbeatz Studios in Mukilteo, and it’s certain that you will be seeing more of Shark The Herald for some time to come. Do yourself a major favor and check them out live SOON. You won’t be disappointed. Look for their new album later this year on Soniphone Records.

John Paul and the Apostles list Nirvana and The Beatles as influences, and it isn’t hard to hear Bleach-era Cobain in Tyson Lee‘s ragged, stringy voice coupled with a the harmonic sensibilities of the Fab Four. Joe Jarvis took home the drummer award of the night with his impressive and timely thrashings on the kit, while bassist Evan Smith noodled out a fantastic bass line for the arresting song, “The Grail.” The band’s current album Emily is available via Reverb Nation and CD Baby; if you can find a physical copy (again, CD Baby), though, it’s worth it because the album artwork is gorgeous.

Of course, Born of Ghosts was what all of the hullaballoo was for, seeing as the party was for their newly-released album, Torch. The band was young and full of swagger with a sound seemingly cobbled together from just a stitch of Rage Against the Machine, wavery Vedder-sung lyrics, and a heavy dose of swampy blues-rock. Jesse Schmidt sounded predatorily sexy on vocals whilst completely admitting that he didn’t know yet how to play his new guitar, but that guitarist Jon would take care of his guitar for him. Jon did Jesse proud, slinging the slide from time to time and providing heavy riffs when called for. When Torch opener “Joyful Noise” ended the set, the fast-paced song got the crowd up and off of the couches, and everyone was screaming for an encore. And you can bet Born of Ghosts came back for more.

Come to Everett. Things are happening here, and it’s going to be good. Very, very Good. 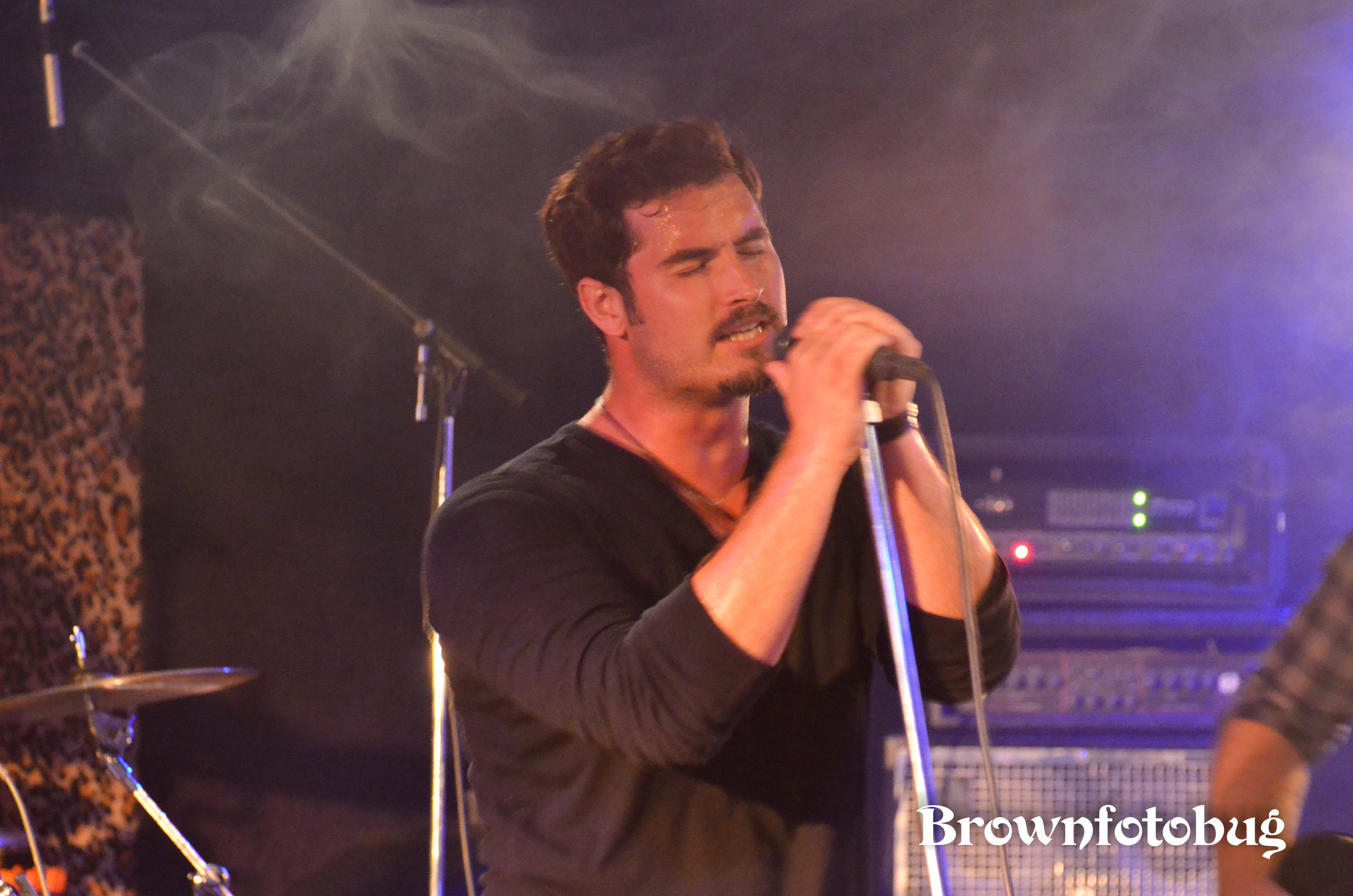 Christine Mitchell has been poring over album liner notes pretty much since she acquired the skill of reading, and figured out the basic structure of rock songs at an early age. Whether it’s the needle popping into the first groove of the record, the beeps that signal the beginning (or end) of a cassette tape, or digital numbers ticking off the seconds from zero, music brings Christine happiness, ponderous thought, opportunities for almost scientific study, and sometimes a few tears. When she started attending live shows two decades ago, a whole new piece of the puzzle clicked in and she has been hooked ever since.
Related ItemsArlene BrownBorn Of GhostsButterSound StudiosChip ButtersChristine MitchellJohn Paul and The ApostlesLocalMusic HappeningsNewsShark The HeraldThe REC Room
← Previous Story Murder City Devils celebrate The Showbox’s 75th with new album (Photos)
Next Story → Love for locals at The High Dive (Photos)