Fall Out Boy at The Washington State Fair: screaming abounds

By Christine Mitchell on September 15, 2014@Housetornado37 Fall Out Boy and Danish band New Politics played to a healthy-sized crowd on a perfect Friday evening at the Washington State Fair in Puyallup. What a great idea: grab an elephant ear, check out the livestock and crafts, hop on a couple of rides and then go to a rock show. New Politics opened with a typically energetic performance, with lead singer David Boyd engaging in acrobatics such as headstands and backflips off of the drum kit. Songs such as “Harlem” and “Yeah Yeah Yeah” were played with zeal. The crowd drank it in with synchronized squeals and screaming.

Fall Out Boy laid out a solid (if less contortionist) set, playing a wide range of songs from their more than decade-long career. Early hits such as “Sugar, We’re Goin Down” up through 2013’s “My Songs Know What You Did in the Dark (Light ‘Em Up)” were juxtaposed against a cool cover of Queen’s “We Are The Champions.” FOB are working on a forthcoming album; it appears that their fanbase is rabid and ready for the release. New Politics will be back at The Neptune in the midst of their own headlining tour. Check out the action below: 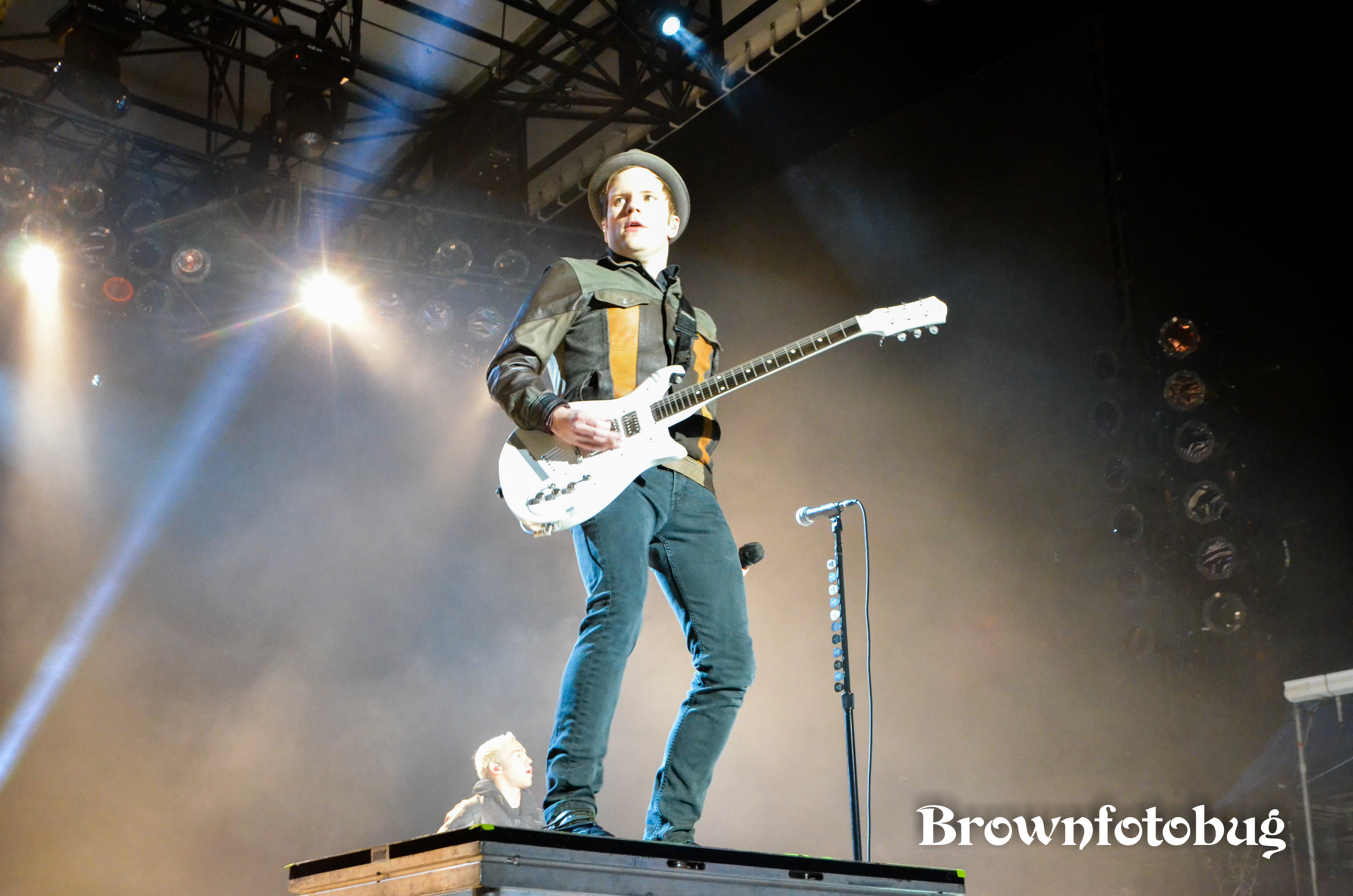 Christine Mitchell has been poring over album liner notes pretty much since she acquired the skill of reading, and figured out the basic structure of rock songs at an early age. Whether it’s the needle popping into the first groove of the record, the beeps that signal the beginning (or end) of a cassette tape, or digital numbers ticking off the seconds from zero, music brings Christine happiness, ponderous thought, opportunities for almost scientific study, and sometimes a few tears. When she started attending live shows two decades ago, a whole new piece of the puzzle clicked in and she has been hooked ever since.
Related ItemsArlene BrownChristine MitchellFall Out BoyNew PoliticsNewsSeattle Music HappeningsWashington State Fair
← Previous Story Raul Midon brings his many talents to Jazz Alley
Next Story → Thunderpussy upstages My Goodness at The Cannery