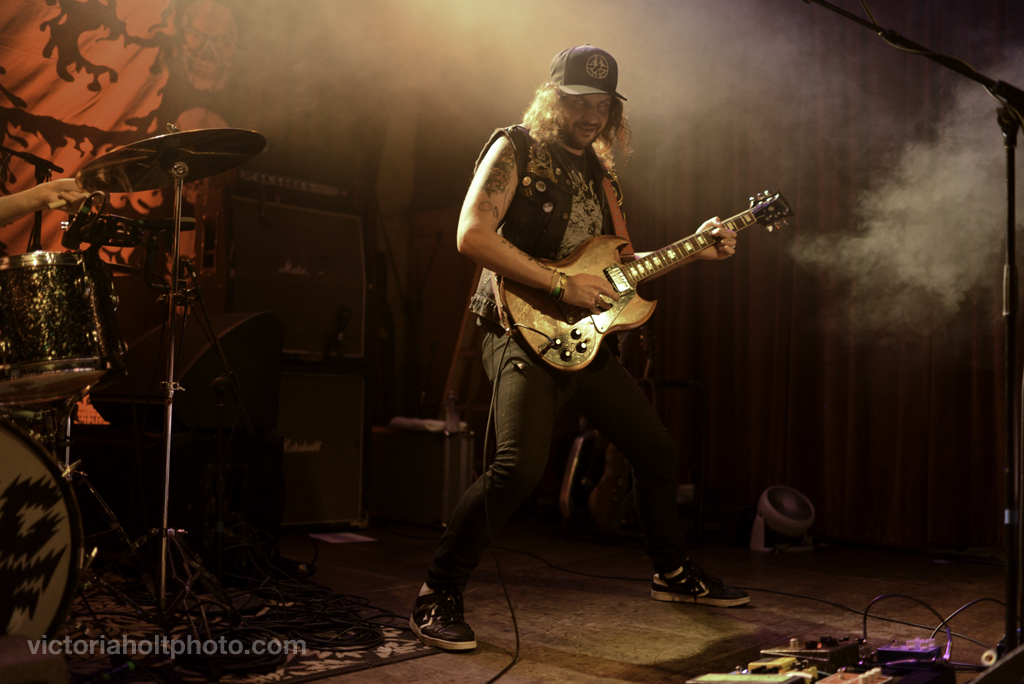 King Tuff played Neumos on Wednesday night to a packed house full of mostly underage angst and sweat. Their current tour is in support of their newest album Black Moon Spell released just a few weeks ago. This was my third time seeing the Sub Pop band and as usual, their ability to utilize all the space of the stage, and exude constant excitement, kept the audience glued. If you’ve never heard of King Tuff, imagine if The Troggs or Captain Beefheart were still around to play garage punk on Burger Records (which actually isn’t too much of a stretch for the imagination).

King Tuff (the stage name of Vermont-originated Kyle Thomas) and his three-piece band, comprised of drummer, Gary, and bassist, Magic Jake, played a setlist that was fairly balanced among their various albums and releases. While the set was obviously Black Moon Spell-heavy, they also played their 2012 single “Wild Desire”, “Biggest Hearts” from their Pitchfork 7” split earlier this year with The Lentils, and two songs from each of their previous albums Was Dead and King Tuff.

From the second their show started, it was a drastic contrast from the melodic surf-pop openers La Sera. Neumos always has a tendency to be a bit of an overly loud room. When I saw Temples perform there in the spring, they sounded a bit harsher than I expected in that space. But the blaring, amps to 11, guitar riffs of King Tuff completely fit the venue. It was an all-ages show, with button-flaired, jean-vested teens moshing the floor (though, surprisingly, they didn’t start crowd surfing until the last few songs of the set). Unlike the other two times I had previously seen King Tuff perform, Magic Jake did almost all of the talking in-between songs. His seductive 1970s-style hair and mustache with his charming personality stole the show. He would stop playing momentarily to give thumbs-up to fans trying to get his attention and kept waving to those watching from the 21+ balcony.

While I can’t rave enough about how great of a band they are, this wasn’t my favorite King Tuff show. Their self-titled King Tuff (2012) is one of my favorite albums of the 2010s but I’m not a huge fan of Black Moon Spell; it’s a bit too watered down – with harmonized choruses reminiscent more of the post-punk styled Japandroid or Titus Andronicus than their usually obvious admiration for T. Rex and glam rock. But this isn’t a review of their album; it’s about their show. Their grimy punk personas and love for over-the-top, grandiose, hard rock guitar solos make even these more mediocre songs exciting to watch. Make no mistake, these guys are one of the best fucking rock & roll bands out there. 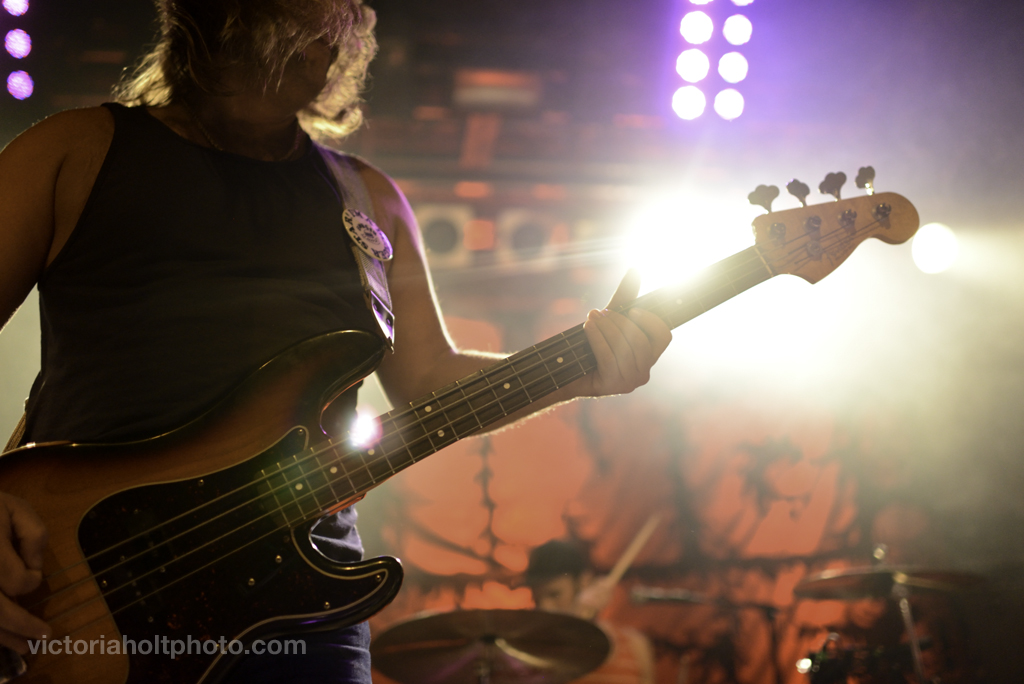 Ian Cunningham is often described as either an old-soul or the most crotchety twenty-something you’ll ever meet (depending on the source), Ian holds a critical eye for modern music. Idolizing Keith Richards, Warren Zevon, and Lester Bangs, his musical preferences thrive decades prior to those of his peers. Raised in Portland, OR, he moved to Seattle in 2012 to continue drumming for the indie surf band Faire du Surf as well as to pursue an English degree from the University of Washington. Though the band has since dissolved, he is the current drummer and manager for The Mama Rags. In what little free time he has, Ian is a die-hard Seahawks fan and an avid record collector; his favorite album being Those Shocking Shaking Days. This October, he will be the proud father of a baby boy.
Related ItemsIan CunninghamKing TuffNeumosNewsSeattle Music HappeningsVictoria Holt
← Previous Story Bradford Loomis and Beth Whitney help you celebrate The Banner Days
Next Story → Andrew McMahon in the Wilderness Blend Old & New at the Neptune