A ‘Completely Crazy’ Night with Yelle at Neumos (Photos)

By Victoria Holt on October 28, 2014@holtvictoria 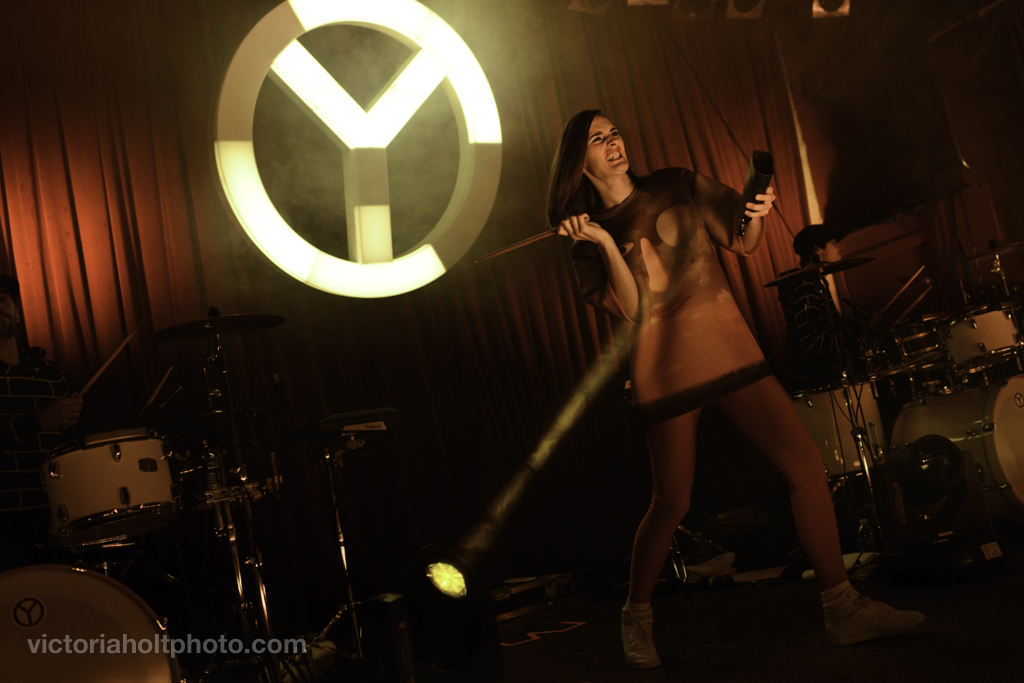 Neumos was bouncing off the walls Friday night to the sweet sounds of French synth-pop band Yelle. Fronted by talented and beautiful vocalist Julie Budet, the three-piece loaded the stage with lights and a massive central light up “Y.” Fans of all ages arrived early to pack the sold out house, and there was no shortage of dancing.

One woman stood out in silver sequined pants and dark eye makeup, but I saw less adventurous costumes than I have on previous tours. Budet always dresses to impress, in funky, unique and artsy ensembles. Friday night she wore a printed shirt with a Dalí-esque deconstructed face and space-age background. Later, she changed into a little boxy yellow dress that rose up to show red short-shorts when she waved her arms. She’s a ball of energy, her voice strong and enduring even as she bounces around the stage.

While her presence is magical, it’s equally matched by her two drummers, GrandMarnier (Jean-François Perrier) and Tepr (Tanguy Destable). The former is a key composer for the bands’ songs, and the latter often makes remixes for b-side editions. Budet works the crowd while Perrier and Destable play in absolute choreographed unison. The most fun was for “S’éteint le Soleil” from 2011’s Safari Disco Club, whose opening has cowbell and toms riffing off one another. Budet wailed on a set of toms at the front, seeing the beat to its closing crescendo.

At one point, Budet asked if Seattle knows how to roll their hips. Everyone started doing so chaotically, and she laughed at the mayhem. The drummers stood and showed them how it’s done to sheer delight and screams from the crowd. Yelle has this way of making dance music which feels deep and complex despite its catchiness. A song like Safari’s “Comme Un Enfant” has a twisting, high pitched melody and infectious bass, but its melancholy vocals implies an intense or challenging subject matter. Since their work is entirely in French, I never know exactly what’s being said. Lyrics in their song “L’Amour Parfait” translate to, “I don’t know what you mean but it means a lot to me,” and the phrase captures Yelle’s ability to communicate depth despite the language barrier.

DJ Res spun back to back remixes to get the party started, even dropping “I Don’t Care,” the song that blew up after it aired in the HBO show Girls. It was amped up and wild, a fitting beginning for a night of fun. Opening up the stage were Brooklyn’s Lemonade, originally from San Francisco. Their eclectic style of experimental dance rock takes influence from such wide ranging content as dubstep and Caribbean, blending samples and keyboards with live drumming. It’s a great mix of re-appropriation and creation anew, and feels fresh despite its potential to be over-stimulating.

Yelle’s setlist struck a fine balance with songs from this year’s Complètement Fou segueing seamlessly with old favorites. The new songs feel more traditionally structured for pop dance music, likely due to its release on Kemosabe Records, whose cofounder Dr. Luke has worked with the likes of Katy Perry. Regardless, the venue went nuts for the title single, which translates appropriately to “completely crazy.” 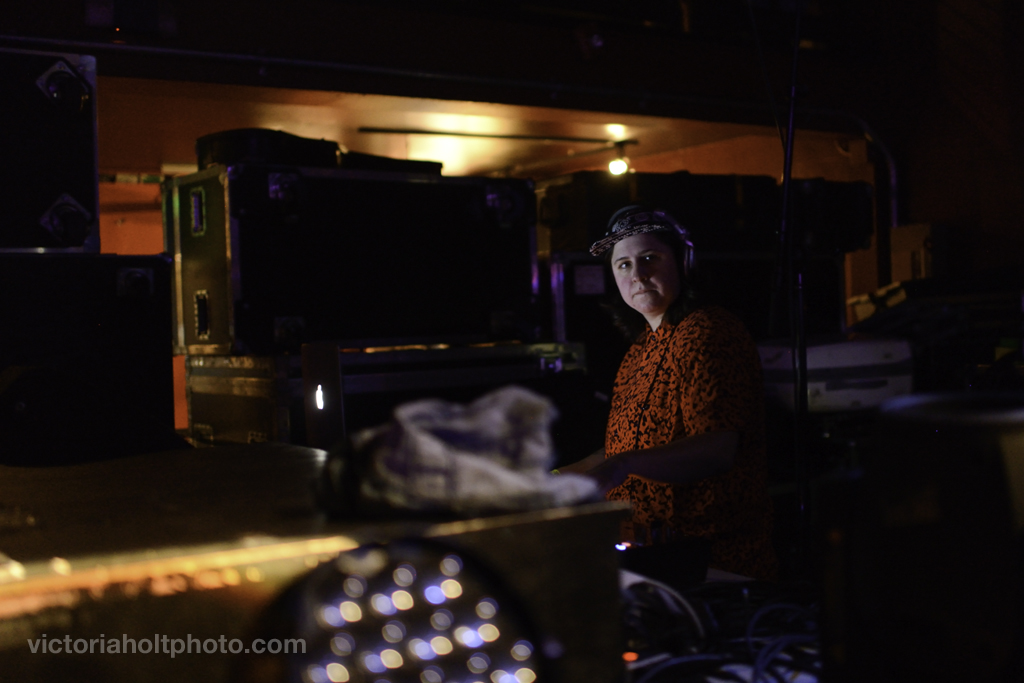 Originally from San Francisco, CA, Victoria completed her Bachelor of Fine Arts in Photography at Seattle University. Her passion is making live music look as great as it sounds. Her work has been featured in The Stranger, The Seattle Weekly, The Capitol Hill Times, and online with KEXP, Live Music Blog, and Back Beat Seattle. Her 2012 BFA thesis, “Seattle DIY: Live Music,” has exhibited at various venues in the Seattle area, and offers an in-depth exploration of six “Do-It-Yourself” underground spaces. For a behind the scenes look at music, she shoots in-studio performances at local radio station KEXP.
Related ItemsDJ ResDr. LukeGirlsGrandMarnierHBOKaty PerryKemosabe RecordsLemonadeNewsSeattle Music HappeningsTeprVictoria Holtyelle
← Previous Story Phillip Phillips Closes Out CWU’s Homecoming Week (Photos)
Next Story → Soniphone Spook-A-Thon this Thursday