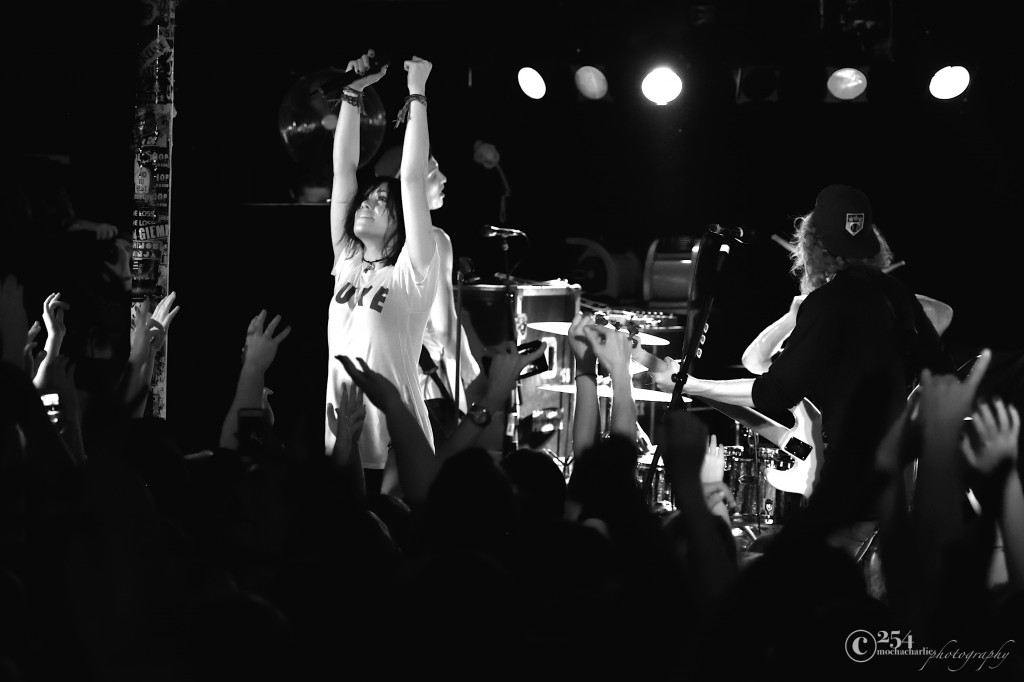 Tonight Alive is a band that performs with great energy and exuberance. Lead singer Jenna McDougall evokes an aura that surrounds her fans, one that is heartfelt and compelling.  She has a way of reflecting feeling from the stage to fans in the crowd, and they reflect it back, (most by singing along with similar energy).

With their fan base still growing, and and their music still evolving, Tonight Alive has come a long way in their five years. Having released their second album, The Other Side back in 2013, the band has been touring nearly nonstop, both worldwide and in their Australian homeland. The only other new material they’ve had time to share was “The Edge,” the song they wrote for the motion picture soundtrack for The Amazing Spiderman-2, which had has over a million-and-a-half views on Youtube. As for what’s next, Tonight Alive hopes to have their third album drop in 2015, however no confirmed date has been announced. After their current tour in North America with Pvris, Major League, and Mayday Parade that ends mid-November,  they will begin a tour this January in Japan. Check out these photos from their show at El Corazon.

Mocha Charlie is an amazing photographer who has a real passion for music. She covers and shoots several shows per month in and around the region. She a brilliant photo journalist but most importantly, she is also a mother who does her best to balance out her life and live it to the fullest. Mocha Charlie uses her passion and talent to support the community, her friends and family any way that she can.
Related ItemsEl CorazonMajor LeagueMayday ParadeMocha CharlieNewsPvrisSeattle Music HappeningsTonight Alive
← Previous Story Hey Marseilles enchants at Edmonds Center for the Arts
Next Story → Drama Club Gets “The Black Mass Tour” Crowd Ready To Rock