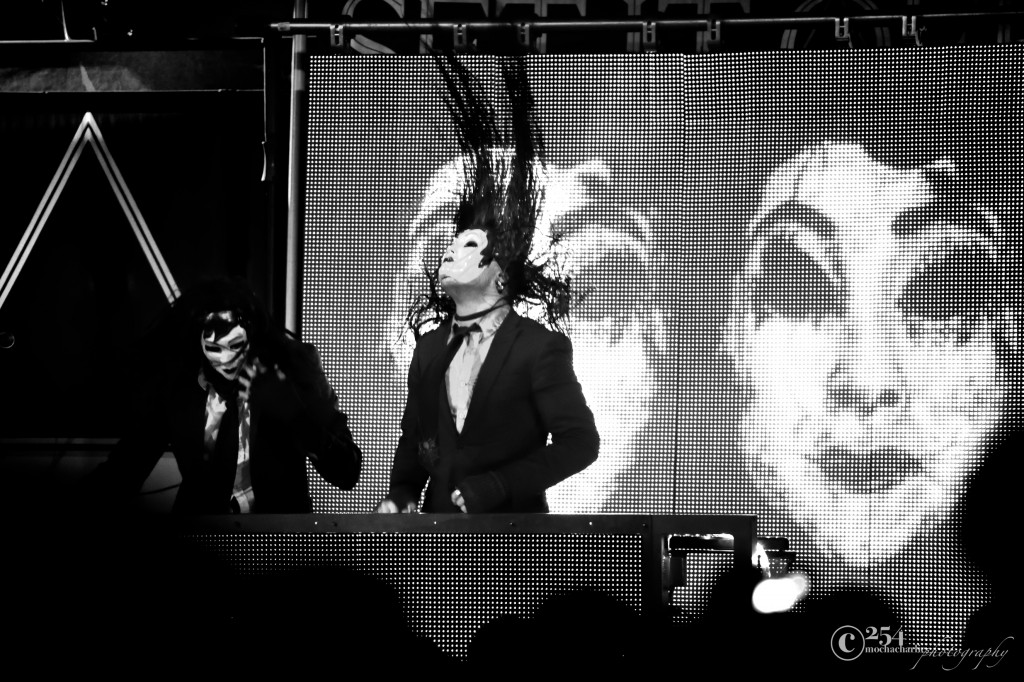 The anonymous DJ duo (because they wear masks to hide their true identity), Drama Club, opened up “The Black Mass Tour” show (which also features Black Veil Brides, Falling In Reverse, and Set It Off) on Friday night at Showbox SODO. Drama Club’s act is labeled “electro house/shock pop,” which is an apt description if their video release of Halloween 365 is a true indication of their style. As for their set on Friday night, it was more electro than shock. Their set actually began prior to the show’s start time, which drew fans still waiting outside into the venue –  jumping, hands waving, and rushing toward the stage. LED screens behind their gear flashed words and geometric shapes, along with images of Andy Biersack (lead vocalist of BVB), which increased the number of screams of anticipation for what was to come later in the show. Dressed in all black suits, the duo never stopped moving throughout their set. They kept to their side of the platform, but moved freely from behind it, waving their hands and encouraging movement from the crowd. They flipped their heads & hair in sync with the beats. They did raise their masks just enough to be able to shout from the mic, while maintaining their “secret” identity from the stage. Continued reaction from the crowd with multiple movements, screams and shouts got the evening off to a highly energetic start. Their tour continues through the middle of December. 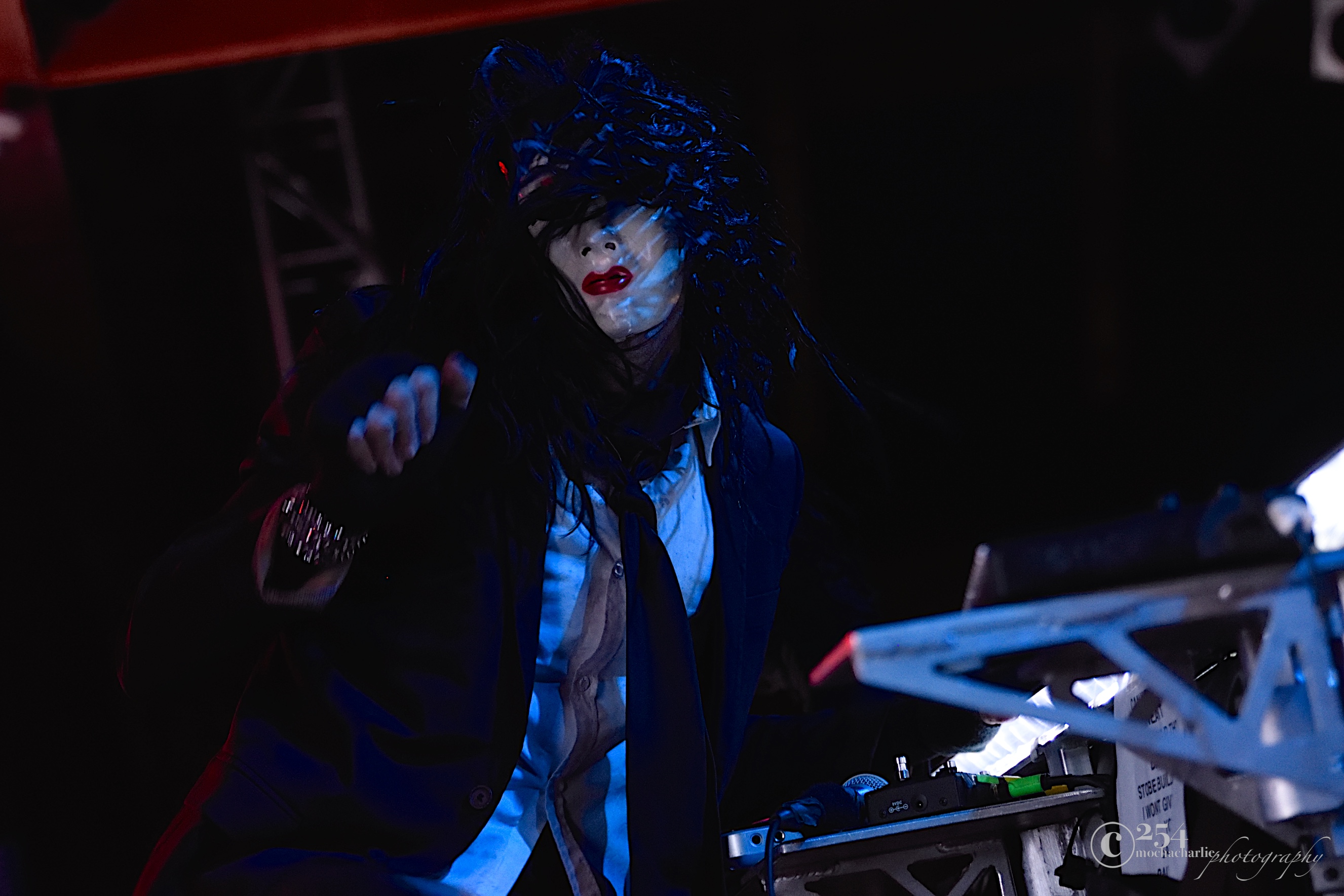 Mocha Charlie is an amazing photographer who has a real passion for music. She covers and shoots several shows per month in and around the region. She a brilliant photo journalist but most importantly, she is also a mother who does her best to balance out her life and live it to the fullest. Mocha Charlie uses her passion and talent to support the community, her friends and family any way that she can.
Related ItemsDrama ClubMocha CharlieNewsSeattle Music HappeningsShowbox Sodo
← Previous Story Seattle’s Hands Waved High for Australian Rock Band, Tonight Alive!
Next Story → Music Fit For Any Galaxy: Android Amaker, Fresh Espresso & The Fame Riot