By Susan Galbraith on November 30, 2014@Susan_Galbraith 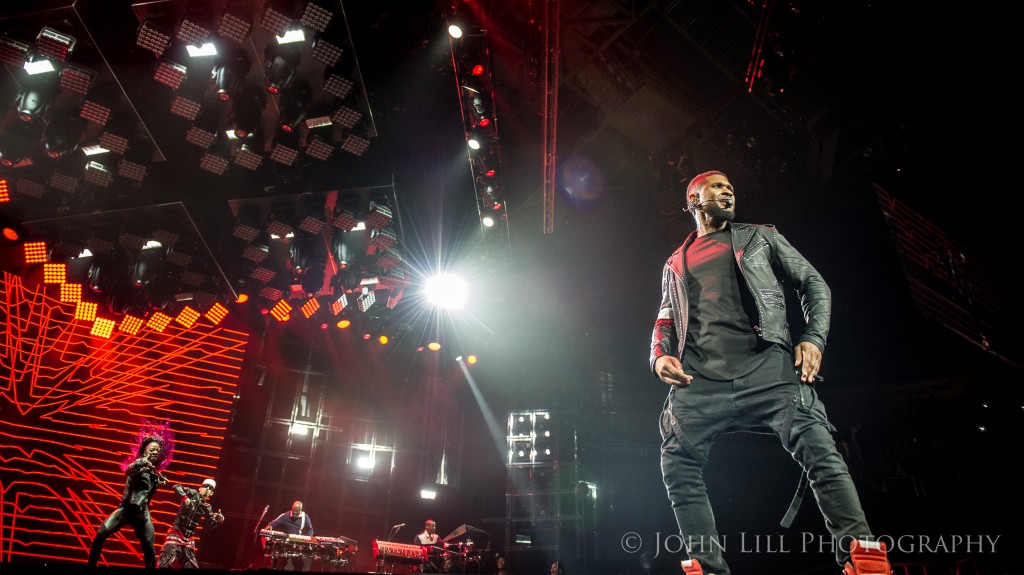 True Usher fans have been with him since the beginning and after the explosive dance moves and silky smooth vocals witnessed on Wednesday night at the Key, it’s obvious why he’s been one of the kings of R&B for over two decades.

Starting with  “My Way” and “You Make Me Wanna,” the old school favorites had everyone singing along as if no time had passed since those songs dominated Top 40 radio.

During “Love in this Club” the singer literally danced out of his red shoes as he floated across the stage, dancing, for the duration of the song in his socks. Dressed head to toe in black – pants, shirt, and leather jacket, Usher emanated coolness.

The stage effects utilized the screen behind the performer to the extreme. The changing lighting paused on a smokey red as Usher’s expressive face was supported by the warm glow.

The band consisted of an impressive horn section that included a trombone, two trumpets, a saxophone and two sets of drums. DJ Cassidy kept the crowd moving beforehand and would jump in during the show to help out. What gave the performance an extra shot of energy was the crazy cast of characters that served as Usher’s dancers. Each dancer at one point was featured and the acrobatic gyrating and twerking, left the crowd with their jaws on the floor.

Usher continued to hit it hard with old songs such as “Caught up,” “Confessions,” and “Lovers and Friends,” and ended “Let It Burn” with an a capella breakdown.

The wardrobe became more scarce as the show went on. The jacket came off and a wardrobe change revealed a tank top and gold chain.

At this point, Usher scanned the audience and hand-picked five ladies to come join him on stage. These women were escorted to the many pillars varying in size for the girls to sit on. The intro to “Bad Girl” began playing while he encouraged the women to have their time in the spotlight dancing and singing with him. It served as extremely entertaining for the crowd, and after the song, the girls were escorted off the stage.

Usher returned wearing his new signature raccoon hat and exploded into “Yeah” as the ear splitting screams of the audience egged-on his on-stage antics. He danced his heart out on the stage as evidenced by the constant layer of sweat on his face. But if anyone can make sweat look sexy, it’s Usher.

His encore became political as the singer made a statement about the current Michael Brown topic. He quieted the crowd and expressed his feelings about the verdict saying, “To see what has happened with Mike Brown is ridiculous. The punishment should fit the crime, should it not? We need to learn to love and support each other.” He continued saying, “We need to unite as people no matter what color, creed, or religion, because we are one no matter what.”

After his speech, Usher closed the show with the song “Without You.” Explosions of smoke highlighted him and his dancers, making the finale all the more visually exciting. With the combination of vocals that sounded better than the recordings, dance moves that have never been tighter, and the final stunt of pulling his shirt off for the final minute of the show, it’s no secret how Usher has built an unparalleled career. 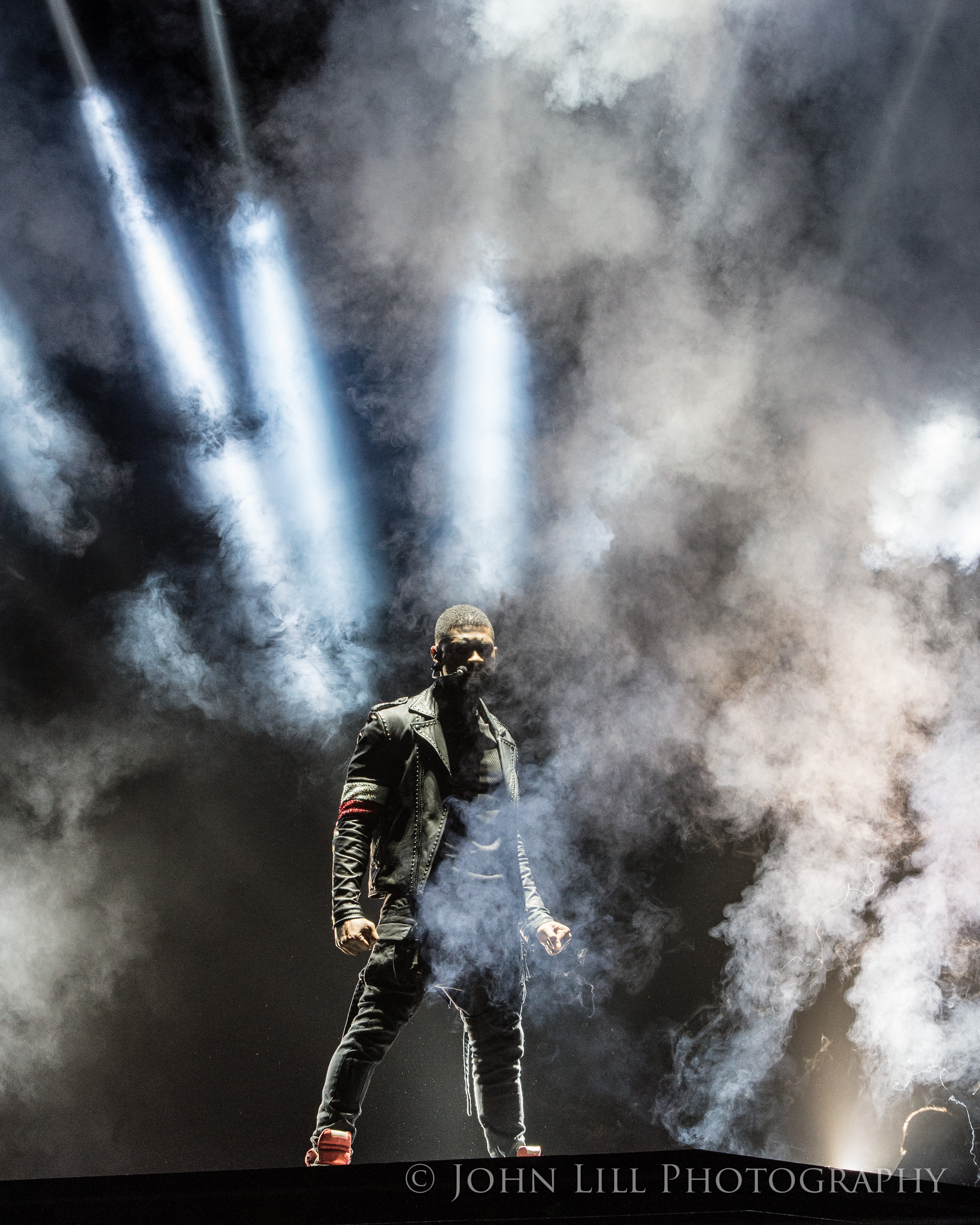 Susan Galbraith is a singer/songwriter and journalist living in Seattle, Wa. Susan covers everything from Seattle’s hottest shows and musicians for Capitol Hill Times and SMI to the best events around the city as a lifestyle writer for Komo’s Seattle Refined. Susan released her debut record in 2009 and recorded a local singer-songwriter spot for 106.1 KISS FM Seattle where her song “A Better You,” was showcased on iHeart radio. She has shared the stage with multiple recording artists such as Colbie Caillat, Ry Cummings, and many more. Susan’s soulful new single “No Room For You” is available on iTunes and she is currently working on her sophomore EP release.
Related ItemsConcertJohn LillKey ArenaR&BSeattle Music HappeningsSeattle Music InsiderSusan GalbraithUsherUsher Raymond
← Previous Story The Black Keys Tear Up KeyArena (PHOTOS)
Next Story → Shaprece shines on Columbia City