By Christine Mitchell on March 15, 2015@Housetornado37 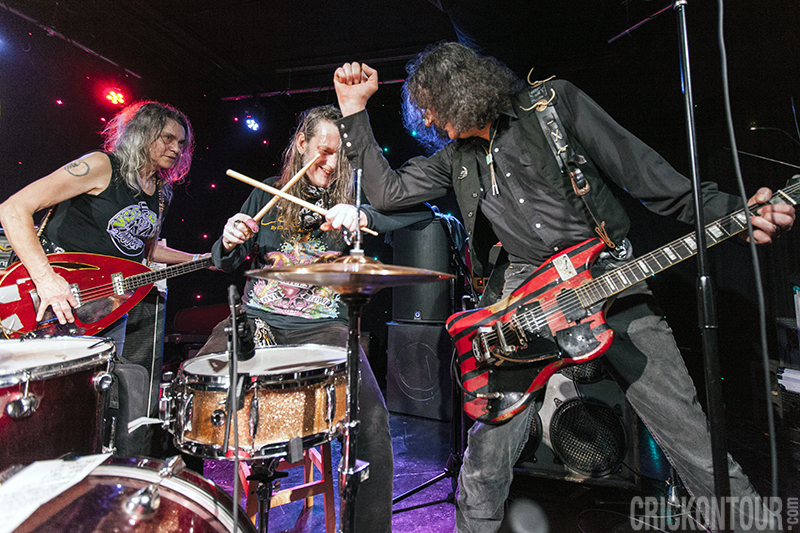 SMI contributing photographer Alex Crick was on hand to witness the grand reopening of Capitol Hill venue Chop Suey. Legendary PNW band Dead Moon headlined, with the equally legendary Girl Trouble supporting. Both bands have been around for plus or minus thirty years, yet, as the photos can attest, Chop Suey’s resurrection was rambunctious, humorous, and at times hard-as-nails. Check out the slide deck below to see for yourself, and long live local rock!

Christine Mitchell has been poring over album liner notes pretty much since she acquired the skill of reading, and figured out the basic structure of rock songs at an early age. Whether it’s the needle popping into the first groove of the record, the beeps that signal the beginning (or end) of a cassette tape, or digital numbers ticking off the seconds from zero, music brings Christine happiness, ponderous thought, opportunities for almost scientific study, and sometimes a few tears. When she started attending live shows two decades ago, a whole new piece of the puzzle clicked in and she has been hooked ever since.
Related ItemsAlex CrickChop SueyDead MoonGirl TroubleNewsSeattle Music Happenings
← Previous Story Mr. Motown: Smokey Robinson at the Emerald Queen Casino
Next Story → The Hoot Hoots overrun Roaming Herds of Buffalo album release party