By Robin Fairbanks on April 15, 2015@robinfairbanks 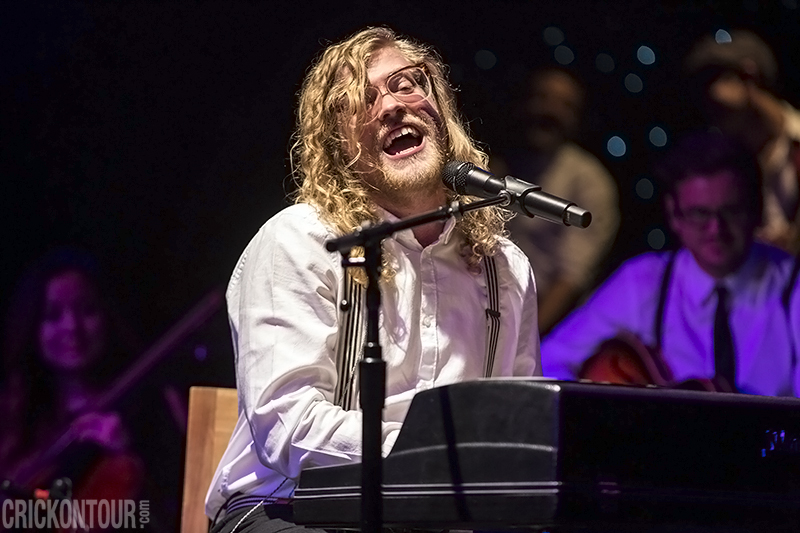 When drawing a circle you must have a starting point, a beginning and an end, so on this night it seemed fitting that Allen Stone had come full circle to where it all began in 2008.

Stone entered The Triple Door stage alone and sat in a chair with an acoustic guitar.

Dressed in a white shirt, dark pants and suspenders, he mused, “I dressed up for y’all!” Known for his bright colors and exuberant performances, it was quite a departure for him to remain seated most of the night, the simplicity of a man and his guitar. No matter the level of success, it still all begins with a thought, an emotion, and a chord.

Stone likened his songs to college-aged children. “You have to set them free at some point and you realize you have no control over them, where they go, or how they’ll turn out. It’s painful and you worry and hope people will like them, but they won’t always and that can hurt,” he said.

The set opened with “Killing Time,” a song about darker times in Stone’s life.

“Sorry to open this celebration on such a dark note” he said.  “But it’s what I was feeling in those early years. It was scary to leave home and move to the big city of Seattle, but other musicians and fans embraced me and gave me places to stay, food, and made me feel at home, so I think of Seattle as my musical home.”

The dark cloud soon lifted as Stone was joined on stage by his band and backup singers Jessica Childress and Dani Elliott, all dressed in white and consuming the stage as they performed some of Stone’s hits throughout his career.

About halfway through the show he reminded the audience that the show was being taped and was live streaming to sick children in the hospital through the good works of the Melodic Caring Project. He asked that everyone clap as he read the names of the children watching, and asked the audience to send good vibes of healing to help the little warriors beat their illness monsters (check out the video below of Stone’s performance of “Unaware”).

“I have the best job in the world, I get to play with so many talented artists,” he said, introducing a few guests, including Andrew Joslyn and The Passenger Quartet, who added flourishes and richness to the songs, and friend and fellow Radius writing partner Magnus Tingsek from Sweden, who sat in on a few songs. Tingsek (who is quite tall) laughed as he sat down in a low chair like Stone. “I think I need a stool,” he declared.  Stone quickly quipped, “you get a chair!” The crowd and the band laughed, and Tingsek dealt with knees up to his waist as they moved into a few songs with harmonies that were pure magic!

Stone closed the night with “Million,” but the crowd wanted more. Stone and band were joined on stage for an encore by Matt Gervais (Mikey and Matty) and Charity Rose Thielen-Gervais (The Head and the Heart) for a lovely rendition of James Taylor’s “Carolina in My Mind.” They followed with a rousing New Orleans-style version of “Say So” where horn players Evan Oberla and Jon Lampley donned tuba and trombone and led Stone and the band Mardi-Gras style down the aisle and out the door to the delight of the audience.

Opener, smokey electro-pop songstress Maiah Manser mesmerized the crowd with a bewitching version of “I Put a Spell On You,” by Screamin Jay Hawkins. Her originals were cleverly crafted. Manser is masterful at looping and incorporating interesting elements like strings, beats, and electronica. Backed by Jason Cairati-synth, beats, piano and James Squires-beats, Manser is bringing something new and exciting to the Seattle music scene.

SMI will be covering the entire week of The Evolution of Allen Stone. We will have a complete wrap up and photos of all the additional shows at the end of the week.

April 16: The Crocodile will be hosting round three of the series with local pop darlings SISTERS.

April 18: The series closes at The Paramount, with opener and local hip-hop sensation Sam Lachow. 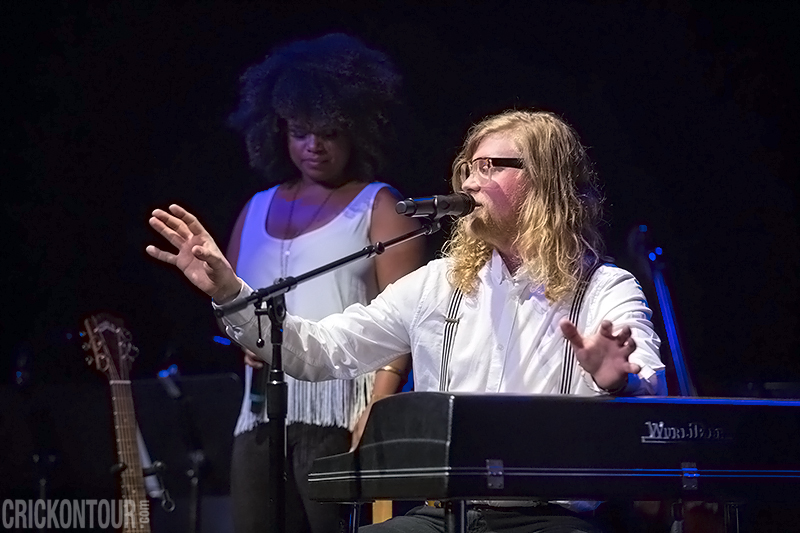 Setlist:
KILLING TIME
REALITY
WHERE YOU’RE AT
BED I MADE
FREEDOM
SHELTER
UNAWARE
I KNOW THAT I WASN’T RIGHT
FIGURE IT OUT
CIRCLE
MILLION

Encore:
CAROLINA IN MY MIND
NAWLINS VERSION – SAY SO

Robin Fairbanks has spent 30+ years in the Music Industry in many capacities. Working in the Seattle music scene since 2006 as a Manager/Booker, she’s known for her ethics and artist development skills. Robin has guided the careers of many, but most notable as the former Manager of Seattle Garage/Blues band Fox and The Law for 3.5 years. Robin has spent the last 2 yrs consulting with Artists who seek her help as a Music Consultant and Publicist with Setlist Music Solutions LLC. She also gives of her time as an advisor to Seattle Wave Radio, an Internet music station where she helped shape its sound as the ROCK Channel Music Director for 2+ yrs upon its launch in 2010 and where you’ll find her music blog, “Bird On A Wire“. In 2014, Robin also worked as a Contributing Music Writer for Guerrilla Candy.
Related ItemsAllen StoneAndrew Joslyn and The Passenger String QuartetCharity Rose Thielen-GervaisDani ElliotJessica ChildressMagnus TingsekMaiah ManserMatt GervaisMikey and MattySeattle Music HappeningsThe Head and The HeartThe Triple Door
← Previous Story The Cannery celebrates successful first year
Next Story → Twinning! Ibeyi Puts On A Killer Sold Out Show At Neumos