By Christine Mitchell on May 1, 2015@Housetornado37 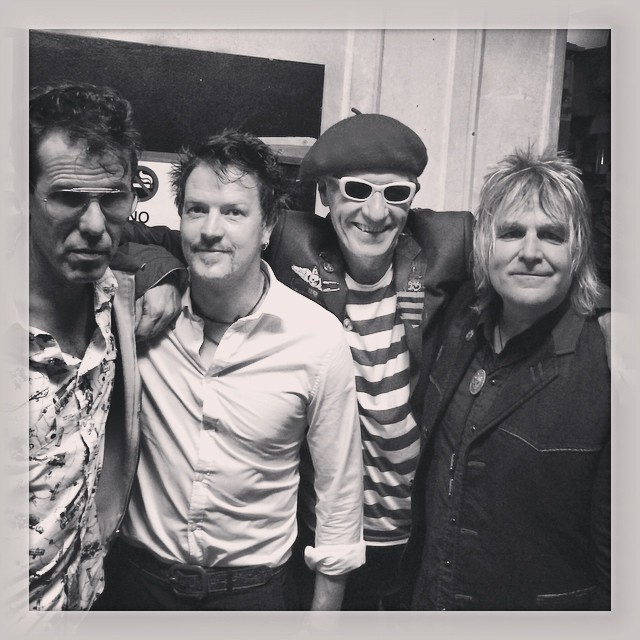 SNL alum Fred Armisen is credited with originally getting the lads together to serve as a back-up band for his fictitious punk rock alter-ego Ian Rubbish, but they continued playing together as an actual band. Fred still sits in with the band occasionally, as does honorary member Duff McKagan, and other assorted legends like Mick Jones from The Clash, and Lemmy from Motorhead.

Dean Men Walking will be playing songs from their pending release Easy Piracy as well as other rock-and-roll standards, and there are sure to be many special guests from the Seattle music scene.

Christine Mitchell has been poring over album liner notes pretty much since she acquired the skill of reading, and figured out the basic structure of rock songs at an early age. Whether it’s the needle popping into the first groove of the record, the beeps that signal the beginning (or end) of a cassette tape, or digital numbers ticking off the seconds from zero, music brings Christine happiness, ponderous thought, opportunities for almost scientific study, and sometimes a few tears. When she started attending live shows two decades ago, a whole new piece of the puzzle clicked in and she has been hooked ever since.
Related ItemsBarb Wire DollsBrent StavigCrocodile Cafe'Dead Men WalkingDuff McKaganFred ArmisenLemmyMick JonesMotorheadNewsSeattle Music HappeningsStray CatsThe ClashThe Damned
← Previous Story SMI New Music Preview – Sarah Gerritsen and the Shadow Catchers
Next Story → Hiatus Kaiyote at Neumos May 17 – concert preview