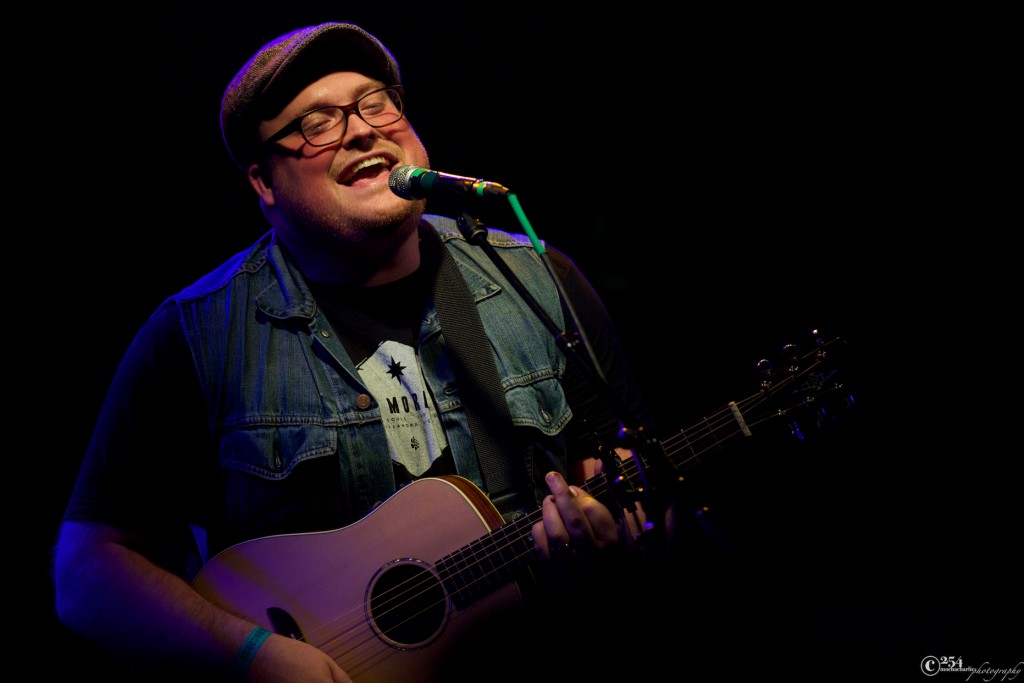 Festival season is now officially upon us in the Northwest. Several local festivals like Fisherman’s Village Music Festival, taking place in Everett this weekend and one of our favorite festivals Timber! will be taking place in Carnation, Washington, July 16 – 18.

A week before Timber is another cool festival featuring some brilliant local and national artists. Chinook Fest is on its fourth year but unlike previous years, this year’s fest brings music fans double the fun on both sides of Snoqualmie pass. Chinook Fest at the summit will feature Allen Stone headlining the main stage along with X Ambassadors, Barcelona, Vicci Martinez, Austin Jenckes, The Maldives, Northwest  supergroup, Rust on The Rails, Tess Henley and many more. Check out the complete lineup by going to http://chinookfest.com.

A little over a week ago, Chinook Fest held their launch party at the legendary Crocodile. The event was hosted by Rock and Roll Hall of Fame DJ, Marco Collins and featured, Courtney Marie Andrews, Tango Alpha Tango,  The BGP, Austin Jenckes, Rust on The Rails and several others.

On this week’s episode you will hear SMI Radio’s Greg Roth’s interview with Austin Jenckes right after he walked off stage from his performance at the Crocodile. Jenckes talks about his move to Nashville, his strong connections to the Northwest and his new record that is in the works. Jenckes will be playing both Chinook Fest events at Snoqualmie Summit and Naches, Washington, September 11 – 13.

In the first half of the show, Greg  chats with longtime friend of SMI, Cody Beebe. Beebe chats about organizing Chinookfest 2015, how he booked Allen Stone as well as his many musical projects. In addition, Cody shares a very special personal announcement.

Also during the show, Greg spins selected tracks from Jenckes and Beebe. 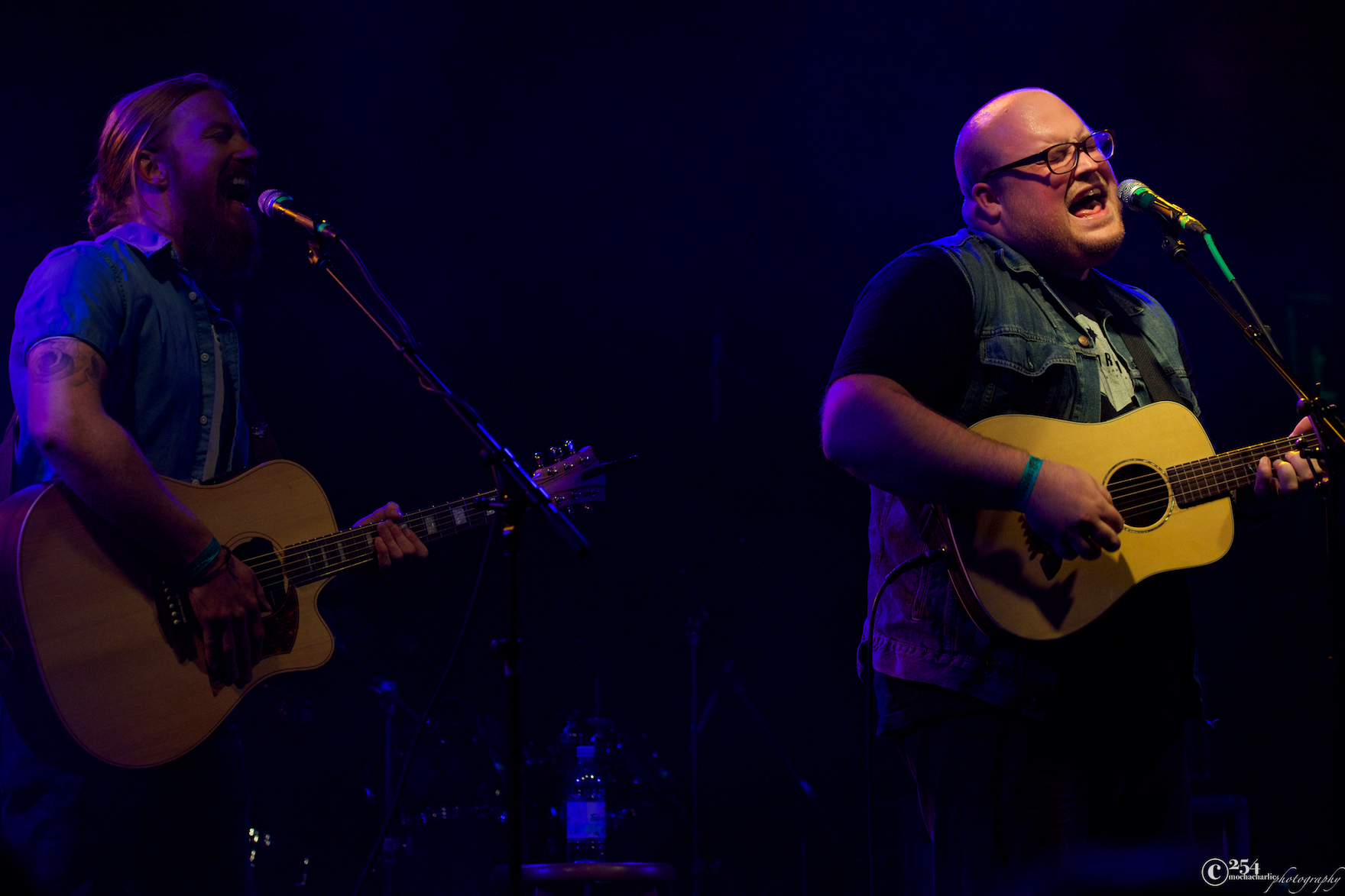 Chinook Entertainment grew out of the success of its inaugural event, Chinook Fest Central. Launched in 2012 by musician Cody Beebe and bandmates Eric Miller, Aaron Myers and Joe Catron from the immeasurable desire to give back to the community which had given them so much in support of their music career, as well as the notion that the area most of them called home, Yakima Valley, was in need of opportunity and access to new and quality music. Even as small festivals had popped up throughout Washington over the past decade, the Central Cascades had been overlooked and as musicians they knew they had unique perspective, knowledge and skills to create an event better than what was being done elsewhere. With the enlisted help of publicity and marketing professional, Michelle Bounds, and finance and operations manager, Dawn Dulin, Chinook Entertainment continues to produce successful, quality events. Expanding from one festival in 2012, now Chinook Entertainment produces two notable festivals and a multitude of supporting events throughout the year that run across the state. 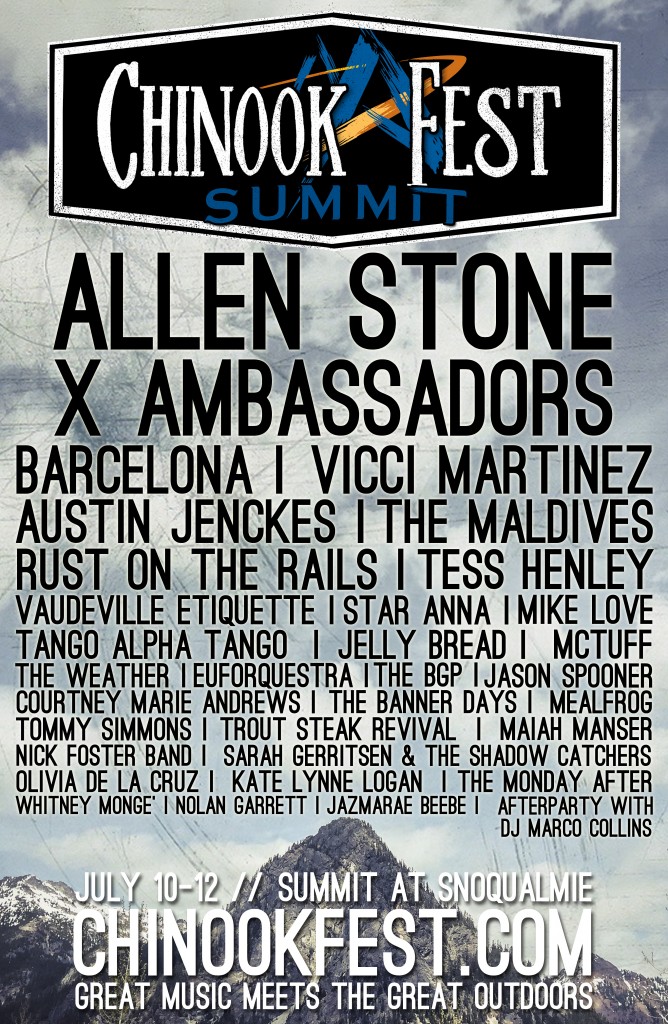 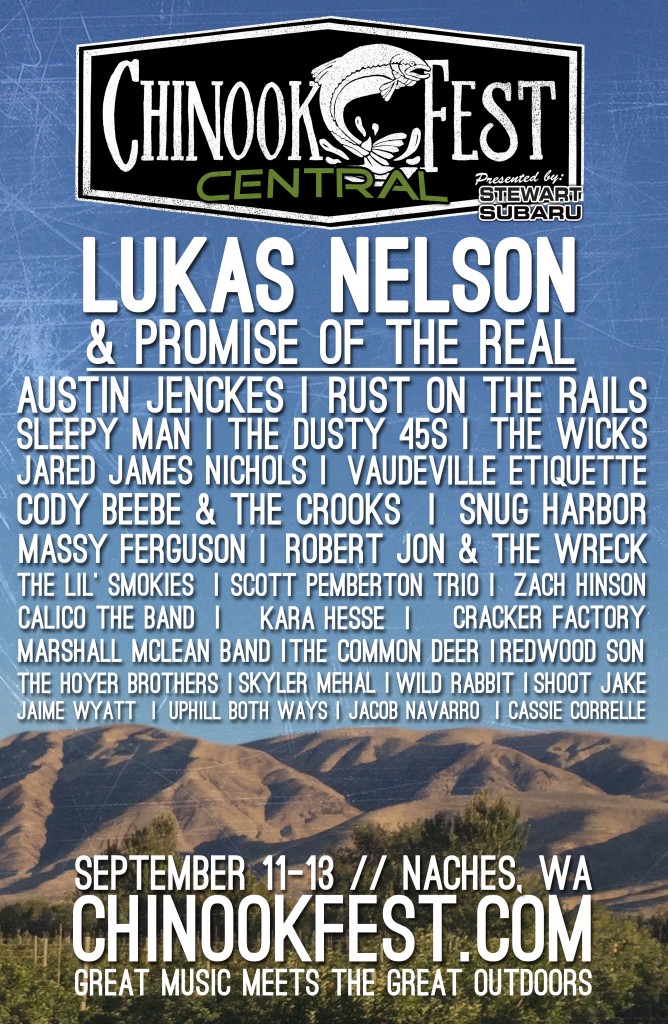 Not only is he a multi-media journalist, he is also an accomplished musician. He is the founder of SMI and drives the creative look, feel and branding for the publication. His years of writing, arranging, and performing live music in a variety of genres inform his ability to communicate the message and the mechanics of music. Roth’s work on SMI reflects his philosophy that music is the universal language, and builds community. He believes it has the power to unite people of every race, religion, gender, and persuasion.
Related ItemsAllen StoneAustin JenckesBarcelonaBlake NobleChinook FestCody BeebeCody Beebe & The CrooksFeatureFestivalsGreg RothLocalLukas NelsonMarco CollinsMichelle BoundsNewsRust on the RailsSMI RadioTango Alpha TangoTess Henley Courtney Marie AndrewsThe BGPThe CrocodileThe MaldivesVicci MartinezX Ambassadors
← Previous Story SMI Radio Ep. 108 On Demand: Eldridge Gravy and Zarni
Next Story → Raise your glasses…Champagne Champagne reuniting for Doe Bay Fest