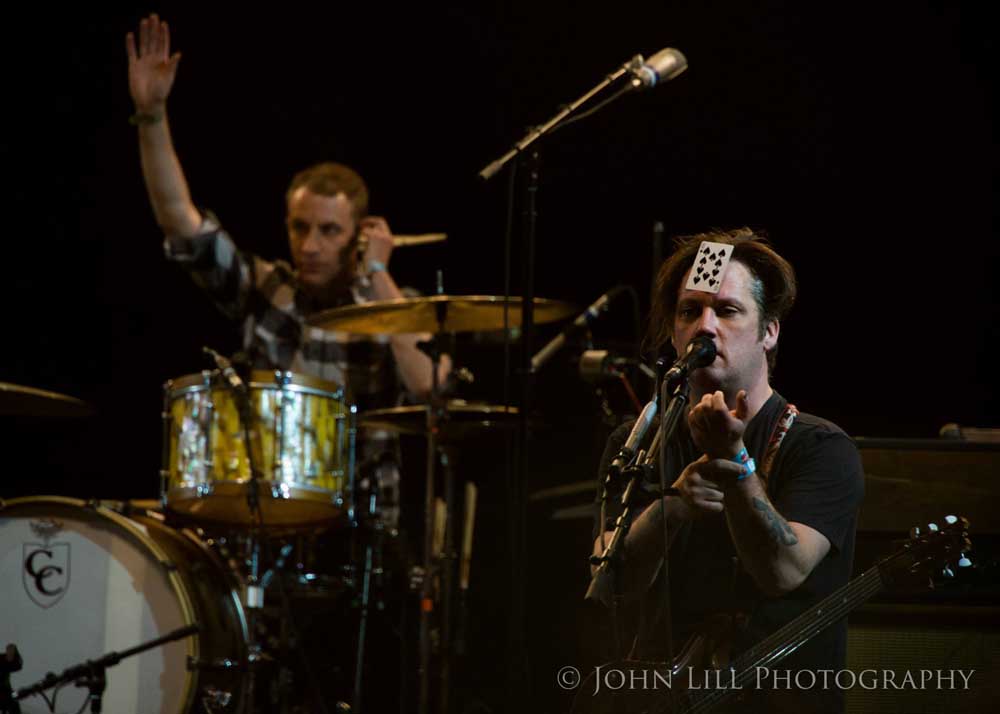 The sun came out at Sasquatch! day two, and so did an eclectic array of music acts from across the globe. Some of the highlights from day two included sets from: 21 Pilots, Diarrhea Planet, Dilated Peoples, King Tuff, Milo Greene, Odeza, Perfume Genius, Real Estate, Ryley Walker, Sylvan Esso, The Decembrists, Will Butler and Woods.

Two Pacific Northwest acts, Issaquah’s own Modest Mouse and Seattle’s Father John Misty,  respectively, closed the non-EDM portion of the evening with strong and intense sets. Sasquatch! 2015 saw the return of both acts on The Gorge stages. Misty performed at Sasquatch! 2013 while Modest Mouse returned to Sasquatch! for the first time since 2011.

Misty (AKA Joshua Tillman) is touring in support of his first LP since leaving Fleet Foxes in 2012. Misty opened his highly engaging set with the title track from the new record and then proceeded to gyrate, shimmy and glide across the stage throughout his performance, playing a large portion of material from his critically acclaimed, Sup Pop release, I Love You Honey Bear.

Modest Mouse is touring in support of their first record in eight years, Strangers To Ourselves. The band’s set heavily favored the newer material from their most recent studio effort.

Not only is he a multi-media journalist, he is also an accomplished musician. He is the founder of SMI and drives the creative look, feel and branding for the publication. His years of writing, arranging, and performing live music in a variety of genres inform his ability to communicate the message and the mechanics of music. Roth’s work on SMI reflects his philosophy that music is the universal language, and builds community. He believes it has the power to unite people of every race, religion, gender, and persuasion.
Related ItemsDiarrhea PlanetDilated PeoplesFather John MistyFeatureFestivalsGreg RothJohn LillKing TuffMilo GreeneModest MouseOdezaPerfume GeniusReal EstateRyley WalkerSasquatch! Music FestivalSeattle Music HappeningsSylvan EssoThe DecembristsWill ButlerWoods
← Previous Story Sasquatch! 2015 Music Festival Day 1 Photo Highlights
Next Story → Sasquatch! 2015 Music Festival Day 3 Photo Highlights