By Katrina Charles on May 28, 2015@Katrina_Charles 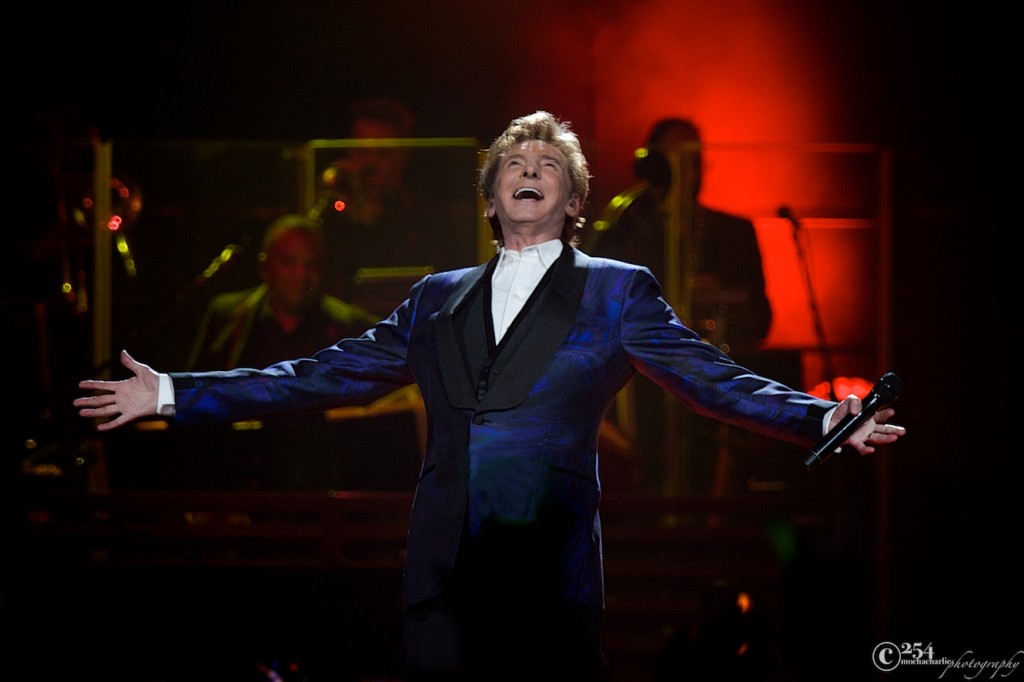 With over four decades of musical success, Barry Manilow’s “One Last Time” tour wasn’t so much a “farewell tour” as it was a career celebration for the talented and seasoned performer. At 71 years young, the man who wrote the songs can still belt a ballad and break out dance moves that most of us shouldn’t try at home. His energetic presence accompanied by his musical machine-gun of hit songs left fans happy and, as always, wanting more.

Jazz saxophinst Dave Koz began the night with an upbeat set of smooth songs that had the crowd pleasantly surprised. Light on his feet and not one to shy away from the center stage spotlight, Koz’ enthusiasm was infectious and, with barely a word, he had a whole arena of new fans. Koz did make another appearance during Manilow’s set, playing an incredible rendition of the saxophone solo in “Brooklyn Blues.”

A roar of applause almost drowned out Manilow’s entrance music, a disco-fied mash-up of “It’s a Miracle” and “Could It Be Magic.” With each subsequent song (“Mandy,” “Let’s Hang On,” “I Write The Songs,” “Looks Like We Made It”), the audience cheered and waved their complimentary glow sticks as he played through their favorites. Often stopping to admire the audience (and acknowledge whatever undergarment had recently been thrown on stage), he brought a retrospective earnestness to his declared last major tour. He also spoke for his charity, the Manilow Music Project, an organization that donates refurbished musical instruments to struggling school music programs. He made clear the importance of music in schools and attributed his musical career to his participation in orchestra during high school. Manilow completed the sentiment by playing an intimate rendition of his song “All the Time,” a beautifully relatable tune about feeling out of place.

Spattered with anecdotes and jokes (one of which started “I never intended to get this old!”), Manilow had some advice for anyone who had ever wanted to ask. “Make your life fun,” he stated matter-of-factly. “Do what you want to do. If you’re doing something you don’t want to do, stop doing that and go find something you love. Even if it’s scary, do it anyway. It’s called courage. I was scared when I left Brooklyn to pursue music. Just do it.” And the audience cheered, thankful that he took that leap so long ago.

The show ended with a medley of more hits, including “This One’s For You,” “Read ’em and Weep,” “Daybreak,” and so many more. After a fake-out ending, he returned to declare “We forgot one!” as the band launched into “Copacabana.” Ending with a colorful explosion of streamers that engulfed the crowd, Manilow waved as the curtain closed and the “Fanilows” sincerely hoped that this one last time won’t be the last.