SMI New Music Preview: ‘Those Who Know’ by Blake Noble 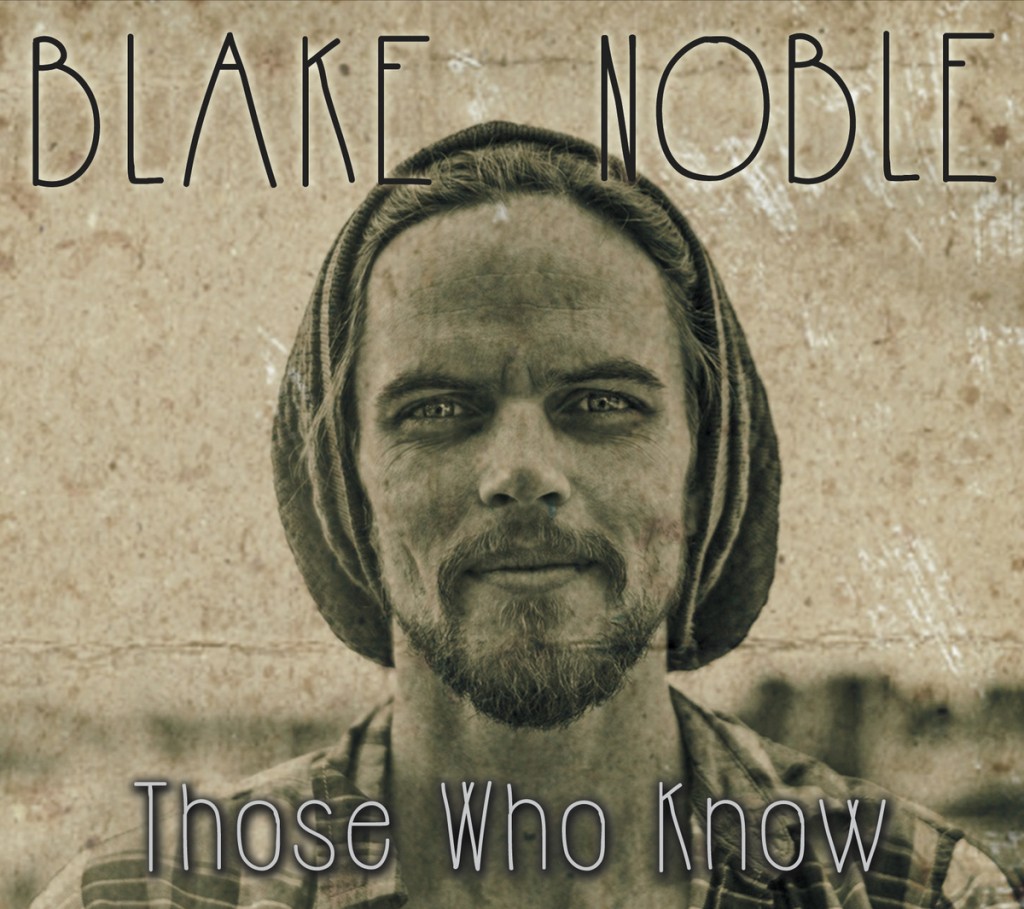 It seems only fitting that Australian multi-instrumentalist Blake Noble has had his hands in many projects since moving to Seattle in 2012.  Playing 12-string guitar, traditional didgeridoo and a stomp box simultaneously makes Noble’s otherwise busy life a mirror image of his vigorous freneticism onstage.

Noble’s wild percussive guitar style – he beats on the entire instrument during performance – has been praised for its successful integration of earthy Australian roots with American rock, bluegrass, folk and even funk.  As such, he’s been heard opening for performances by The John Butler Trio, Cody Beebe & the Crooks, and fellow Aussie Xavier Rudd during his tours across America, Australia, New Zealand and France.  He also became part of genre-bending Seattle sound experiment Rust on the Rails in 2014, has been an integral part of new Seattle music festival Chinook Fest during its rise to popularity in the last three years, released an album of his own called Underdog in 2013, and just announced the release of another full-length record – Those Who Know.

The new album – to be celebrated at The Tractor Tavern on Friday, June 19 with Snug Harbor and Spoonshine – is true to Noble’s outback soul, but is in other ways a departure from his recent work in Underdog.

Recorded with a slew of guest artists, Underdog is a real variety act.  Grindy guitar, Cody Beebe’s brooding growls and Heather Thomas’s hammering drums almost cover Noble up on some tracks, while his 12-string twinkle and didgeridoo take their rustic, whimsical lead in others.  Fiery instrumental pieces are spiced with distorted electric violin from Tim Snyder, and the percussive nature of Noble’s playing occasionally leads the band to the borders of hard rock.  It’s an impressive feat of experimental composition for an artist who’d previously played only solo; but because it featured so many busy artists, it exists primarily as a studio piece.

Noble has since found what appears to be a more permanent group in Matt Reiger (lap steel guitar, dobro, banjo), Chris Lucier (drums) and Joel Hoyer (bass). Those Who Know reflects this development, traipsing back and forth between two firmly established camps – Australian Roots and American rock.  Reiger lends a strong western influence to the album.  He plays a virtuosic role throughout, slippery notes flying out of his lap steel at a hectic pace and flavoring some tracks with farmland twang.  Hoyer’s muscly and rhythmic riffs turn up the rock, while Lucier punctuates the affair, precisely backing up mood swings where they occur.  But Noble’s heady currents always end up pulling the rest out into the bush for a weighty thought or two, keeping the record grounded and undeniably his.

Evincing that last point, it’s an Australian sun that rises on opening track, “Tribe.”  A haze of didgeridoo and atmospheric lap steel bake down on the listener before breaking into a brazen melody shared by the bass and both guitars.  This in turn melts back into the opening desert scene, which slowly changes complexion from squint to snarl as it’s periodically pierced with outcroppings of southern rock through the rest of the piece.

After that journey, “Warrior” feels like arriving at a backyard barbeque party – and its swaggering acoustic hook wastes no time on introductions.  Backed by slide solos and a two-step rock beat, it conjures up a hollerin’ good time on a tailgate or against a cedar fence.  But the temptation to nail this song down as classic roots rock is blown by a venture into the awed and ancient buildup of didgeridoo and 12-string harmonics about halfway through.

It’s not like Noble to leave the listener unsurprised, and “Pulse” proves the point with an almost jesting tribute to funk.  Contrary to much of his hefty material, there seems to be a grin behind the recurring theme in this number.  All the same, Lucier bares his teeth with technical drum fills and we get our first real taste of that percussive lap-tap style as Noble beats on his guitar between alternatingly wry and surly strains.

Next down the line, “Evolution” is a study on potential energy.  From a wet cave of yowling didgeridoo and spidery pluckings, it emerges into a four-minute-long escalation of low-throated acoustic, writhing slide guitar and cymbal-laden drums.  Noble is good with a buildup – inciting it slowly like a burn in one’s legs during some lengthy ascent to satisfaction.  The necessary release is always there, but always challenged by new obstacles of percussive or melodic nature.  Such is the case with “Evolution,” its conclusion defiant but distressed after a tangle with sorrow in what is undoubtedly the album’s darkest moment.

The record steers west for “Woodchuck” and “Pelican,” two rustic rock tunes snugged like a pair of cowboy boots onto the bottom half of the record.  The former could turn up any country bar with that lap steel’s twangy pride, while the latter sees Rieger whip out a banjo for a hectic barn-burner of a goose chase.

Cousin tracks “Bundjalung” and “Lattimore” lapse into the thoughtful repose of a hybrid bluegrass/lap-tap style likely unique to Noble.  Spaced almost exactly at the middle and end of the album, their intimate 12-string sounds provide pleasant contrast to the otherwise roots-rock leanings of Those Who Know.  “Bundjalung” showcases Noble’s incredible dexterity as his fingers tap-dance with maddening speed across the entire guitar.  This family is joined by the final track, “Decatur Island,” which is a more assertive solo 12-string experience.  Taken together, they serve as a friendly reminder that a solo Noble fits as comfortably onstage and in the ear as he does with a full band.

Some artists push boundaries with edgy lyrics, some with orchestras of myriad instruments, others with dark personal content.  Noble pushes boundaries alright, but his are physical as well as psychological.  How fast can one play a 12-string?  How many instruments can one play at the same time?  How much emotion can one wring out of a single chord?  He hammers against these walls, letting the music speak for itself – good-humoredly, wonderingly, rambunctiously – without forcing ego into the equation.  It’s a delicate talent, and like Noble’s fleet fingers and grounded energy, it shines throughout Those Who Know.

Click on any photo below to view Mocha Charlie’s slideshow from Blake’s record release show at Tractor Tavern on June 19, 2015 with Spoonshine and Snug Harbor...

Brandon Taylor started writing at some point in the hazy memory of his youth. He remained lost in books and journals until that happy life was interrupted during middle school by a trumpet and a guitar – both of which he continues to play (mostly in secret, composing and recording what he’ll swear are thoroughly broken songs). His love of music born from creating it, Brandon can’t stop listening to and talking with local artists. Moving from Tacoma to Seattle in 2013 only made things worse, and then he started writing for Seattle Magazine and Seattle Living Room Shows. Given the perfect excuse to continue this behavior and “work” as a “journalist” while he’s so disposed, he’s never been happier.
Related ItemsAlbum ReviewBlake NobleBrandon TaylorFeatureNew Music PreviewSeattle Music InsiderThose Who Know
← Previous Story SMI Around The World: Nneka’s spiritual musical journey
Next Story → SMI Radio Ep.110 On Demand: Super Jam and Stephen Graham & Ryan Crowther (Everett Music Initiative)