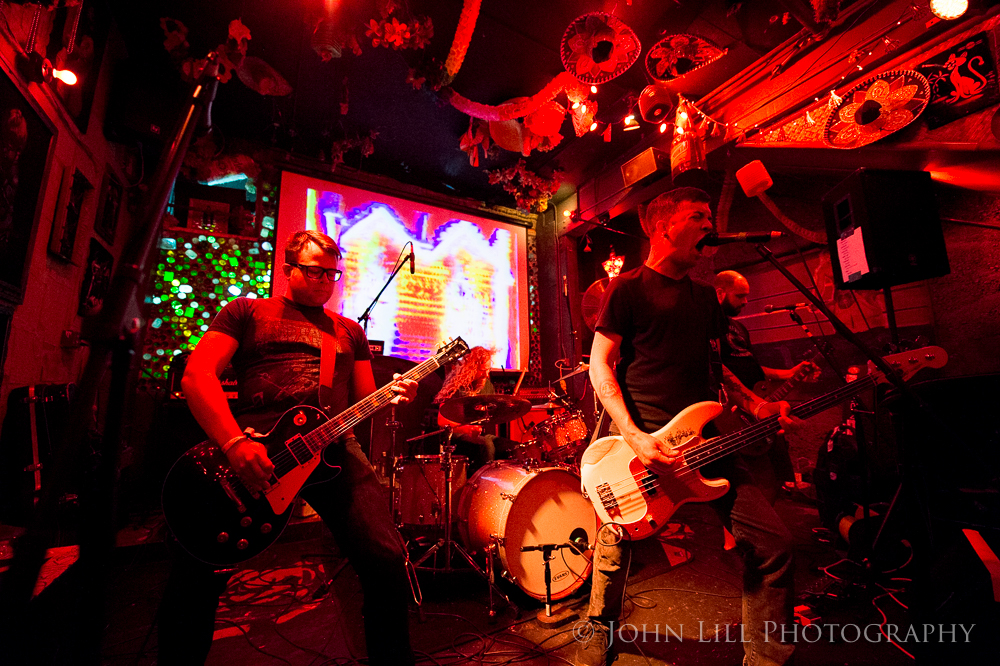 On day 2 of Capitol Hill Block Party, the weather was moody, intermittently spitting rain and slathering sun upon the festival. Things got damp, but the day was steamy with a wide ranging variety of acts that carried the day. The Cha Cha was quite the draw with its intense lineup of metal and rock bands, from Grenades to Hot Damn, the latter a pseudonym for the tireless My Goodness. At times security had to turn people away from the stuffy, blood red-hued basement bar.

The Vera Stage sported a schedule that spanned most every genre, but it was LA’s Meatbodies that took home the prize for most original. Visually, the band had a look that was a nexus of KISS, Ozzy, AC/DC, Bowie, and Quiet Riot, which would lead many to pause and think about quality over quantity, but their music was solid, groovy, and rocking. Two horned hands up.

There was no doubt that indie band The Kills were the draw of the day for the Main Stage. VV slithered around the stage and assaulted her microphone as Hotel stone facedly knocked out lick after lick on the guitar.

Seattle Music Insider was out in full force with Alex Crick, John Lill and Christine Mitchell covering all of the acts.

Christine Mitchell has been poring over album liner notes pretty much since she acquired the skill of reading, and figured out the basic structure of rock songs at an early age. Whether it’s the needle popping into the first groove of the record, the beeps that signal the beginning (or end) of a cassette tape, or digital numbers ticking off the seconds from zero, music brings Christine happiness, ponderous thought, opportunities for almost scientific study, and sometimes a few tears. When she started attending live shows two decades ago, a whole new piece of the puzzle clicked in and she has been hooked ever since.
Related ItemsAlex CrickBig WildCapitol Hill Block PartyCHBPChristine MitchellFeatureFestivalsGiraffageGrenadesJohn LillMeatbodiesMy GoodnessThe Cha ChaThe COathangersThe Kills
← Previous Story Capitol Hill Block Party Day 1 Recap
Next Story → Capitol Hill Block Party – Day 3 Recap