By Christine Mitchell on August 9, 2015@Housetornado37 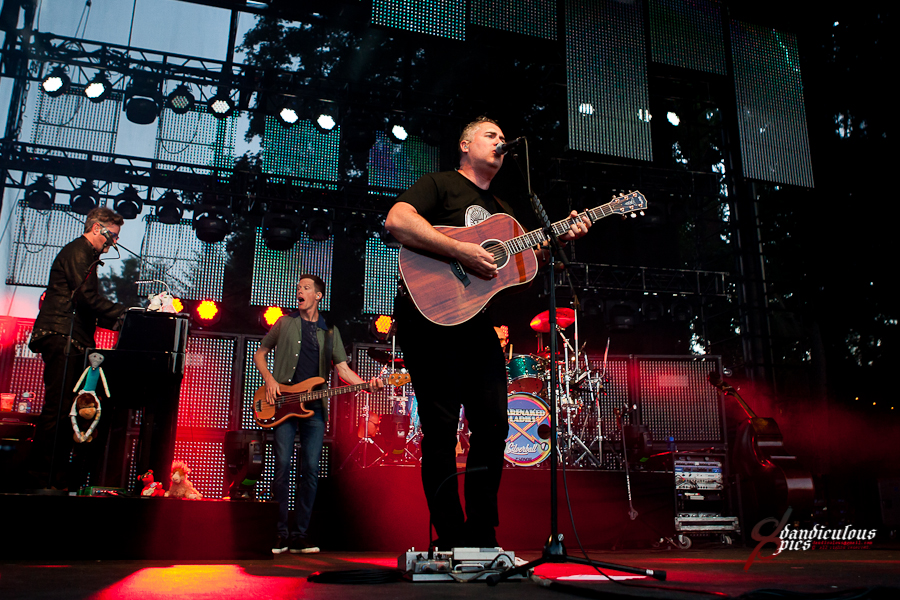 Barenaked Ladies wrapped up the US leg of their tour at Marymoor Park on July 26th with solid supporting lineup of both Violent Femmes and Colin Hay (Men At Work). These men may all be a fair shout from their more spry days, but that didn’t keep Hay from performing a great set on his acoustic guitar, and it definitely didn’t keep Femmes’ Gordon Gano from sharing his trademark, angsty sneer that pairs perfectly with his band’s lo-fi folk-punk sound. Barenaked Ladies are touring in support of their latest album, Silverball.

Their set covered their extensive catalog, and also involved a few fun covers, including Men At Work’s “Who Can It Be Now?,” Led Zeppelin’s “Rock N Roll,” and a medley/mashup that included tunes by Taylor Swift, Bruno Mars, Hozier, Queen, and Idina Menzel. The band is on break for a month before continuing their tour in the UK and continuing on to Canada. SMI contributing photographer Dan Rogers was on hand to capture their Marymoor performance.

Get Back Up
The Old Apartment
Odds Are
Barenaked Rap
Gonna Walk
Barenaked Blues
Matter of Time
Brian Wilson
Narrow Streets
Blaise Garza Intro
Who Can It Be Now? (Men at Work cover)
Falling for the First Time
Piece of Cake
Passcode
Light Up My Room (with Brian Ritchie)
Duct Tape Heart
Pinch Me (with Colin Hay)
Big Bang Theory Theme
One Week
If I Had $1,000,000
Cover Medley (I’m Not The Only One / Freestyle Rap / Shake It Off / Uptown Funk / Four Five Seconds / Take Me To Church / Bohemian Rhapsody / Let It Go)
Encore:
Drawing
Rock and Roll (Led Zeppelin cover)

Christine Mitchell has been poring over album liner notes pretty much since she acquired the skill of reading, and figured out the basic structure of rock songs at an early age. Whether it’s the needle popping into the first groove of the record, the beeps that signal the beginning (or end) of a cassette tape, or digital numbers ticking off the seconds from zero, music brings Christine happiness, ponderous thought, opportunities for almost scientific study, and sometimes a few tears. When she started attending live shows two decades ago, a whole new piece of the puzzle clicked in and she has been hooked ever since.
Related ItemsBarenaked LadiesChristine MitchellColin HayDan RogersFeatureMarymoor ParkViolent Femmes
← Previous Story Ain’t No Party Like A Watershed Party
Next Story → Train ‘Picasso At Wheel Tour’ Makes Final Stop At Gorge