Home / Community / This Sunday: The Hoot Hoots On a Boat!

This Sunday: The Hoot Hoots On a Boat!

By Christine Mitchell on August 21, 2015@Housetornado37 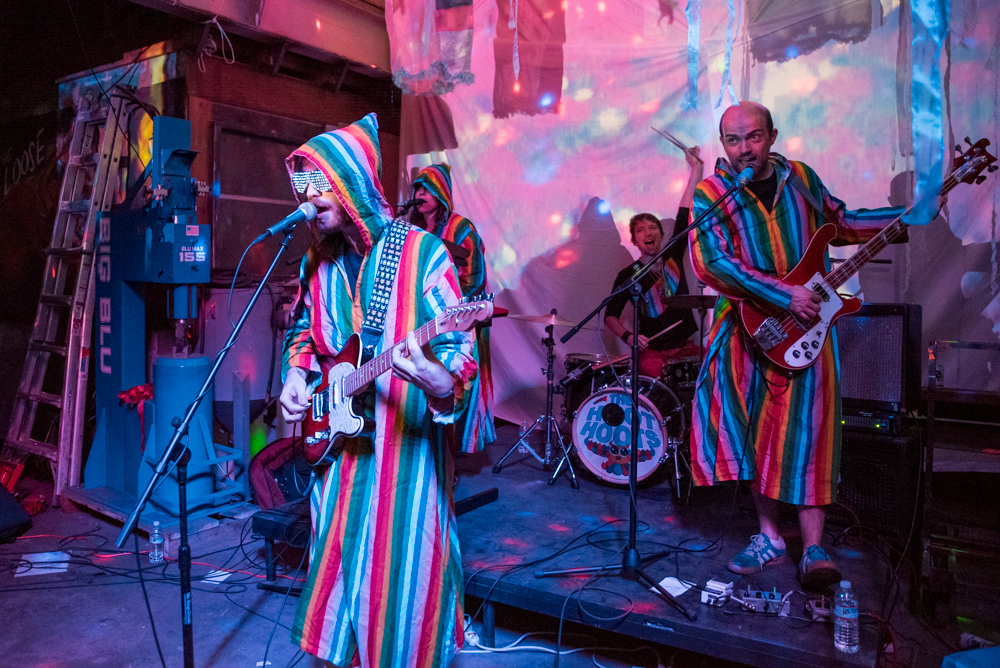 You know you’re feeling it: summer is starting to wind down. Schools and colleges are kicking up a gear, jackets are in your ad feed, and you’re already feeling bummed out about the whole situation. But wait. Summer is NOT over yet, and don’t you let it go without some kicking and screaming (of the rocking out kind).

Seattle Secret Shows/Seattle Living Room Shows has the perfect way to fight back: a Lake Union cruise this Sunday with a band oozing rainbows and sunshine from all orifices: The Hoot Hoots. Those in the know have been pumping COLORPUNCH since it arrived in 2014 with its infectious video-game crushing arena-rock sound. Take this and mix it with the band’s theatrical, physical performance, from rainbow drenched robes to jumping off of the drum kit, and put THAT on a boat in the middle of a lake, and you have yourself a sublime Sunday. DJ Indica Jones will be there providing a mix of tunes to and from the dock.

Tickets are available at Brown Paper Tickets, and this is the sort of show where you can bring your favorite lawn chair and beer: it’s BYOB. You are not going to want to miss this one, folks, otherwise you’ll be stuck on the shore, wishing you were smack dab in the middle of the rainbow.

SMI is offering a special discount code The code will give people a $15 discount for either regular admission or the VIP deck that includes beer and wine.

Christine Mitchell has been poring over album liner notes pretty much since she acquired the skill of reading, and figured out the basic structure of rock songs at an early age. Whether it’s the needle popping into the first groove of the record, the beeps that signal the beginning (or end) of a cassette tape, or digital numbers ticking off the seconds from zero, music brings Christine happiness, ponderous thought, opportunities for almost scientific study, and sometimes a few tears. When she started attending live shows two decades ago, a whole new piece of the puzzle clicked in and she has been hooked ever since.
Related ItemsChristine MitchellCOLORPUNCHDJ Indica JonesFeatureSeattle Living Room ShowsSeattle Secret ShowsThe Hoot Hoots
← Previous Story Alabama Shakes and Melodic Caring Project Make Magic at Marymoor
Next Story → Seattle Secret Shows Delivers Local Favorites At SAM Remix