By Renae Koepke on September 27, 2015@MonkeyJig 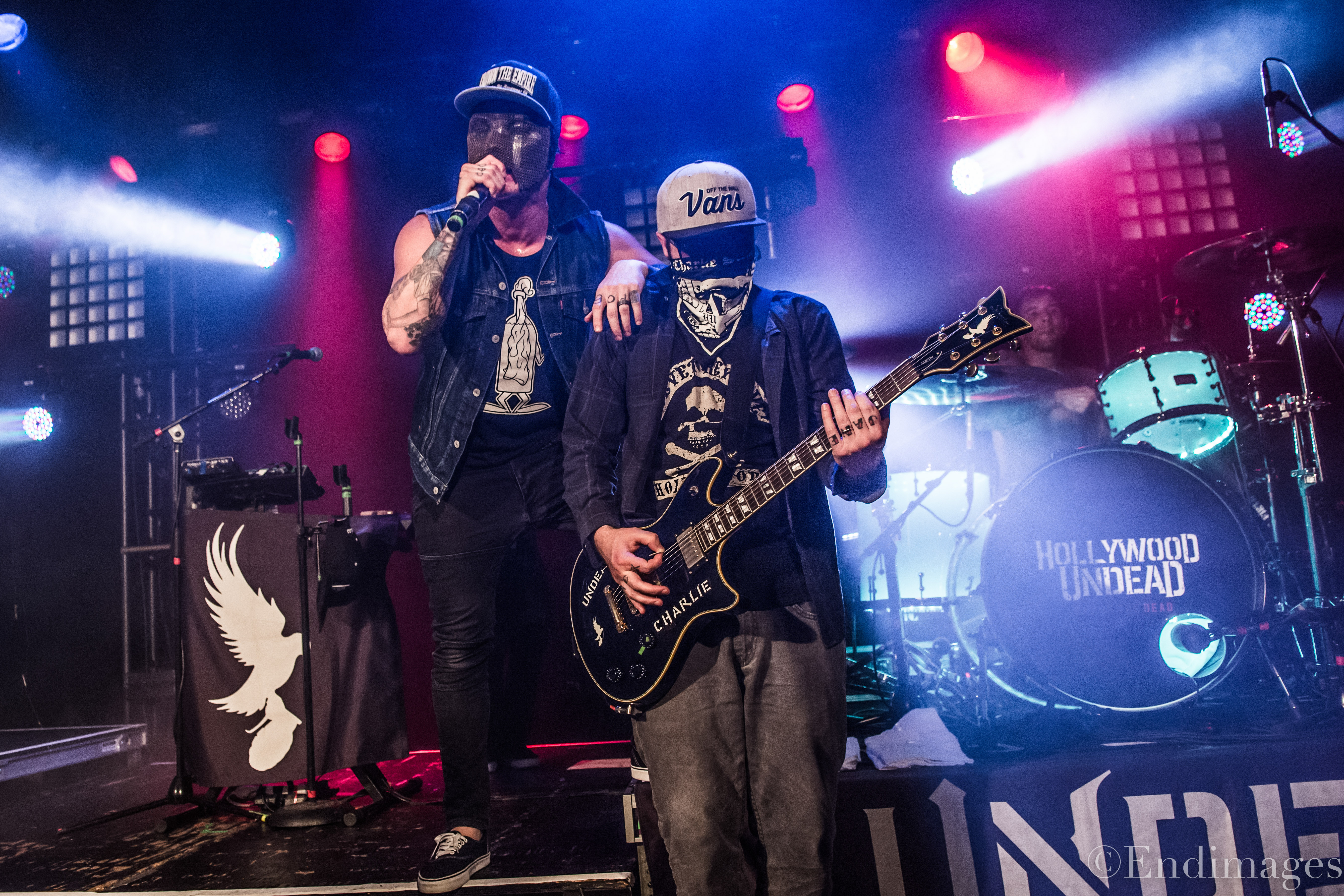 Walking up to the Showbox in a light drizzle, the line for the night’s show wrapped completely around the building.  It’s rare to see such a crowd for an opener but I Prevail disappointed no one.  Their recently released record “Heart Vs. Mind,” provided some well received energy to the beginning of the show, with Crossroads driving the crowd wild. They were only to be outdone a little later when they threw down a cover of Taylor Swift’s “Blank Space,” the crowd was split down the middle and an absolutely wicked pit was formed starting the night right.

Crown the Empire came up next and delivered energy that had been pent up for months following an unfortunate bus breakdown that stranded them in Portland, unable to continue to Seattle for their originally scheduled show.  Andy Leo Velasquez and Brandon Hoover’s dichotomy of clean-soaring and guttural primal vocals, respectively, brought the crowd to their own screams through the entire set.

Then came Hollywood Undead, bringing the sold out crowd to the loudest it had been all night.  They performed every style that they’ve released from the acoustic rendition of Bullet to the much heavier single of their latest record, “Day of the Dead.” Perhaps one of the most surprising and entertaining moments was when Charlie Scene brought a youngster no older than ten on stage to perform “Comin in Hot.”  The kid did not miss a single verse or skip a single beat as he flowed flawlessly through the entire track, letting everyone know that “he’s going to chase this whiskey with Patron” and “he wants a girl in his lap with a Jagerbomb.”  Following that incredible display, Hollywood Undead went into a bit of a mashup that covered most of their hits off their earlier records and a few covers, including “Intergalactic” and “Gin and Juice.”

​Stumbling into writing purely by accident, this Seattle native has always had a deep love for music. Frequenting Seattle’s local venues and festivals since she was a teen (back when El Corazon was Graceland!). When she met a concert photographer who despises writing, they teamed up. And so it began. As a scientist by day, technical writing comes more naturally. The branch into creative writing has been somewhat of a challenge that’s been gladly accepted. Finally becoming a little part of something that she’s been a huge fan of for so long.
Related ItemsCrown the EmpireDavid EndicottHollywood UndeadI PrevailRenae KoepkeThe Showbox
← Previous Story Washington State Fair brings another “British Invasion” with Duran Duran
Next Story → After a decade hiatus, Blackalicious returns to Seattle