By Susan Galbraith on October 5, 2015@Susan_Galbraith 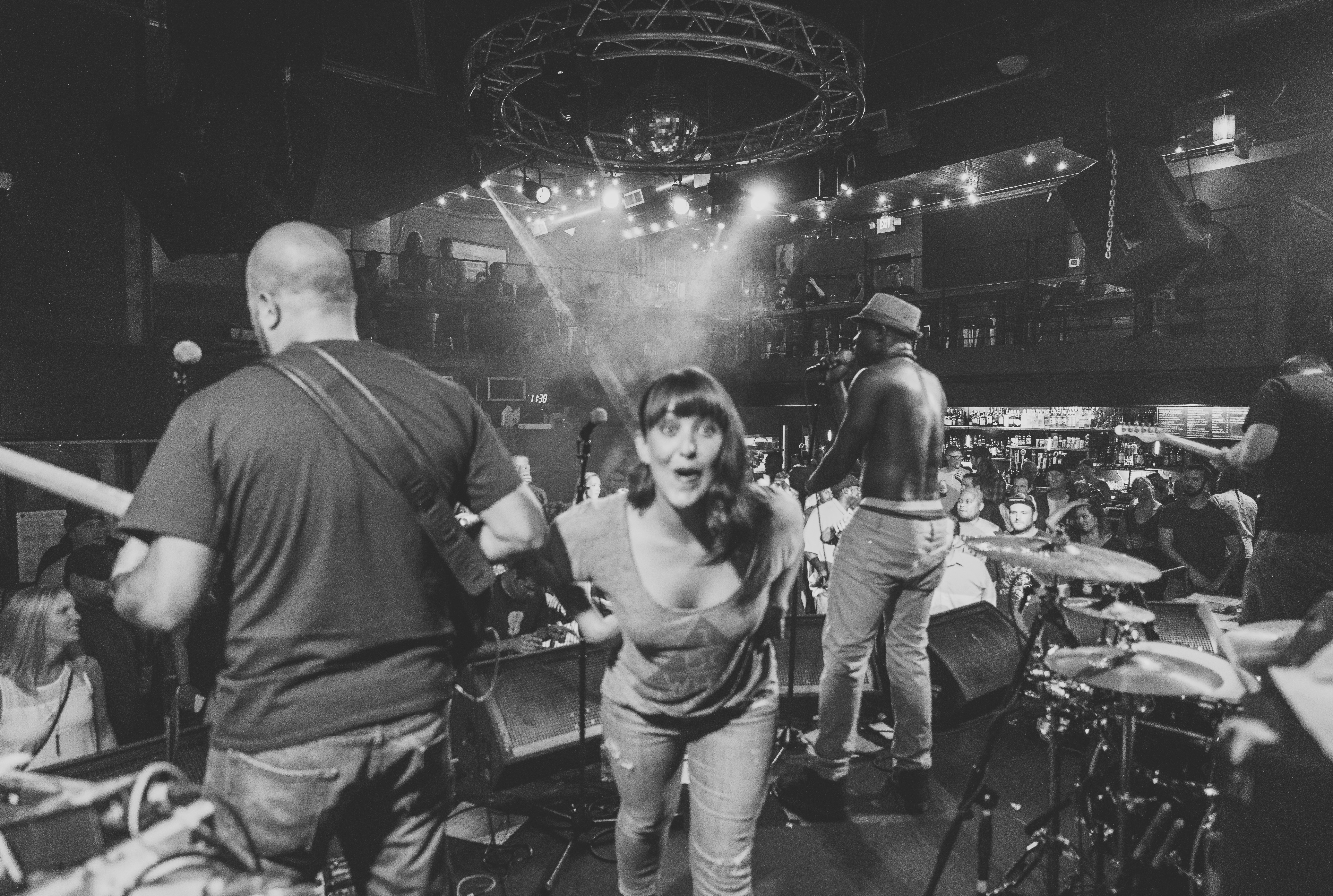 What do you get when you combine a tight rock band, with impressively strong female vocals, and a hip-hop front man? Ayo Dot & The Uppercuts. The unique combination of seemingly contrasting genres melt together into a perfectly fascinating melting pot of greatness.

Rowdy and wild, yet contained, this group has a completely new take on hip-hop. A solid rock and roll base with a groovy hip-hop flow, tied together in a nice bow with Whitney Killian’s back-up and lead vocals, makes this band a seamless Neapolitan dessert of deliciousness.

Within minutes, Dot is in the crowd, literally pulling them in, making devoted fans one by one. By the third song, his shirt comes off and he sports only a thick red braided necklace and fedora hat. Giant-like drums (Jeff McNamara) make everything come alive. 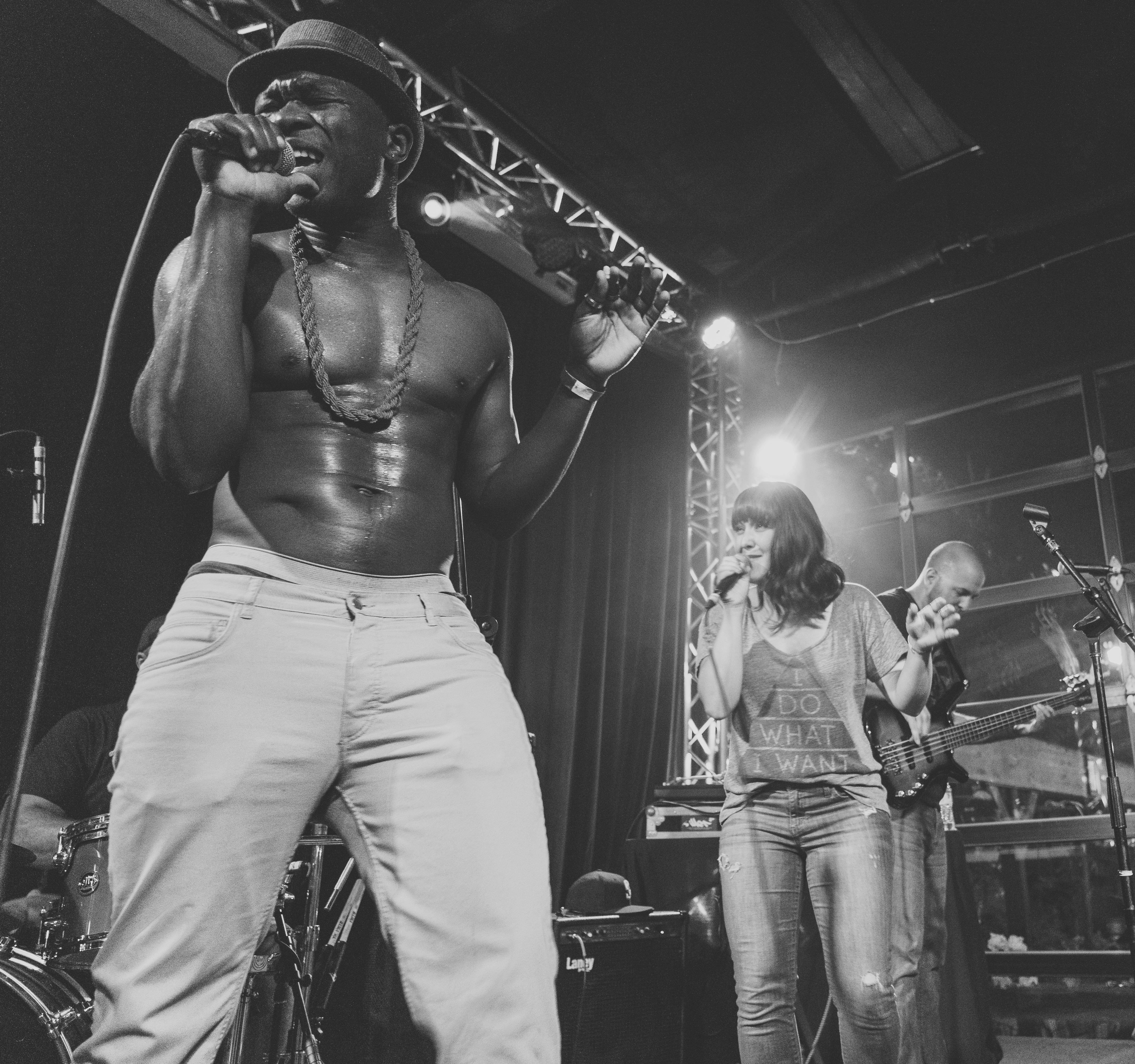 Guitarist Jordan Haas energetically lip-syncs the hook before a shredding solo, as Dot grabs a Nigerian flag and drapes it around his neck, supporting his roots. Dot shares the spotlight with Killian as he lets her easily take the lead while grabbing one of the many offered drinks from the audience. Chilling on the side and jamming out with the guitarist, they join together for a Jamaican-esque song, each original tune as deeply engaging and easily lovable as the previous.

Not once was the crowd disengaged, not once was the band flawed. This is a new and noteworthy band with a sound that defies genre, combined stage presence and songs that take fans on a ride.  Ayo Dot & The Uppercuts are the real deal.

Susan Galbraith is a singer/songwriter and journalist living in Seattle, Wa. Susan covers everything from Seattle’s hottest shows and musicians for Capitol Hill Times and SMI to the best events around the city as a lifestyle writer for Komo’s Seattle Refined. Susan released her debut record in 2009 and recorded a local singer-songwriter spot for 106.1 KISS FM Seattle where her song “A Better You,” was showcased on iHeart radio. She has shared the stage with multiple recording artists such as Colbie Caillat, Ry Cummings, and many more. Susan’s soulful new single “No Room For You” is available on iTunes and she is currently working on her sophomore EP release.
Related ItemsAyo Dot & The UppercutsCasey BrevigFeatureNew Band to WatchSusan Galbraith
← Previous Story After a decade hiatus, Blackalicious returns to Seattle
Next Story → Chinook Fest Central: How Central Washington Parties