Marina and the Diamonds – Concert Preview

By Alicia Kamenick on October 20, 2015@corianderstem 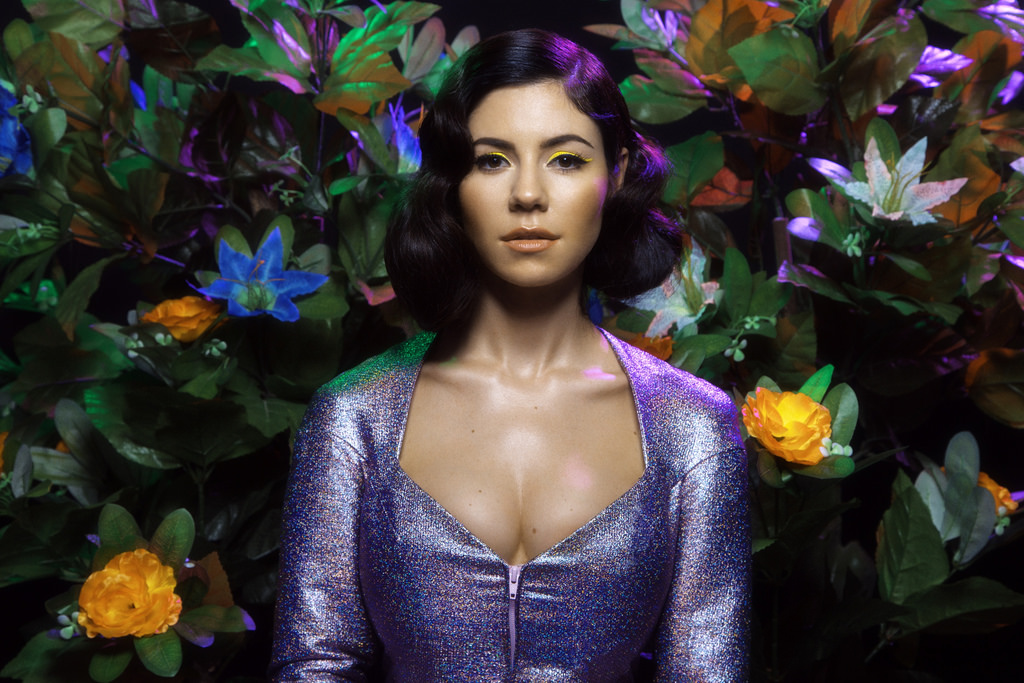 Marina Diamandis, aka Marina and the Diamonds, needs to do me a huge favor. It is, after all, her own fault that her song “I Am Not a Robot” keeps getting stuck in my head over and over again. Were her songwriting skills and pop sensibilities not so keen, the song from her 2010 debut album would not have been looping through my brain for the last five years.

Maybe seeing Diamandis live at Seattle’s Paramount Theater on Sunday, October 25th will cure my ailment. Even if it doesn’t, an evening of smart modern pop covering her three albums (including 2015’s Froot) is never a bad thing. I anticipate being able to easily forgive her for the constant earworm.

French singer Heloise Letissier’s musical project Christine and the Queens will open the show, as she tours in support of her just-released, self-titled album.

Alicia is a Midwest transplant who loves Seattle but misses thunderstorms. Her musical obsessions began when her coolest aunt gave her a copy of K-Tel’s Rock 80 album for Christmas when she was 7. She spent many years studying piano and voice, but the force of rock and roll won, so while she still sings in a local chorale, her true musical passions lie more with The Beatles than with Beethoven. When she’s not working at her job in HR, she can be found singing bad pop songs at the top of her lungs … although sometimes she does that
Related ItemsAlicia Kamenickchristine and the queensFeatureHeloise Letissiermarina and the diamondsparamountParamount Theater
← Previous Story New Music Preview: The BGP – ‘Fort Knox’ EP
Next Story → Music Video Premiere: The BGP – “Uhmerica”