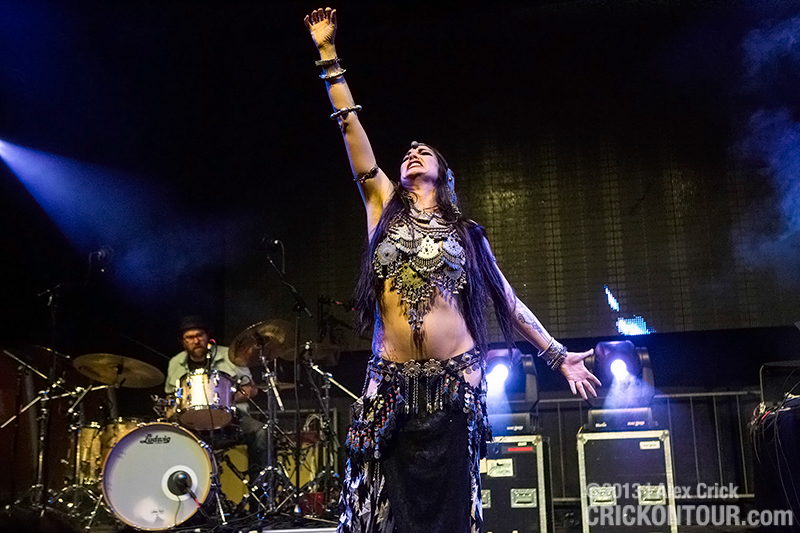 Beats Antique formed in 2007 as an experiment in modern belly dance music, but the band has evolved into a full-on mix of styles ranging from rock, jazz, and reggae to gypsy and electronic beats. Already on their seventh album, the band has gained a steady following. Only at their live shows can one experience the elaborate belly dance routines of member Zoe Jakes, who takes many of these same elements and incorporates them into her own style.
For hose who haven’t seen the band’s live show yet, this may be the time to do it: the group has embarked on their most elaborate tour to date. Creature Carnival blurs the lines between music and performance art. Jakes mixes belly dancing with what one might describe as something between Mardi Gras and a circus sideshow. Between the music, the dancing, and the fantastical costumes, this should be one of those shows not to be missed.
Beats Antique / Oct. 31 at Showbox Sodo / $29.50

Alex Crick is a Seattle based freelance photographer specializing in music photography. His interest in photography began as a school project in the early-90′s, when he also attended many live music shows. Eventually, he combined these two interests by conveying the power and excitement of live music through the eye of the camera. Over the years, he’s traveled all over the country photographing live musical acts. You can find samples of his work in SPIN, Billboard, Esquire. View his work here
Related ItemsAlexBeats AntiqueCrickFeatureShowbox Sodo
← Previous Story Go See This Artist: Oddisee
Next Story → Johnnyswim toward the Neptune in Seattle